You are here: Home / Uncategorized / Finland: A homecoming for some
Tweet
0 Shares

Finland has given us the word “sauna.”
It is about the only word in the difficult Finnish language (given level three of difficulty by a language institute in California) that translates to English very happily and is most welcome in our vocabulary. “Tundra” might be the other, but that word leaves you feeling rather bleak. Let’s not think of tundra. Let’s think of sauna, instead. We love sauna. Tundra – conjuring up images of moaning, cold winds and barnacles of frozen turf – not so much.
Especially today, the first day of spring.
And then there is Meagan Duhamel.
Finland has, rather indirectly, given us Duhamel, too. Her grandmother (on her mother’s side), Raili Koski, was born 84 years ago in the small western Finnish city of Kauhava, about 400 kilometres northwest of Helsinki. She and her husband emigrated to Northern Ontario during the 1950s, looking for more economic certainty. They weren’t the first Finns to do the same by any means. Populations of folk from Kauhava began drifting into these mining communities in Canada even before the turn of the last century, building their own little society in the midst of others. 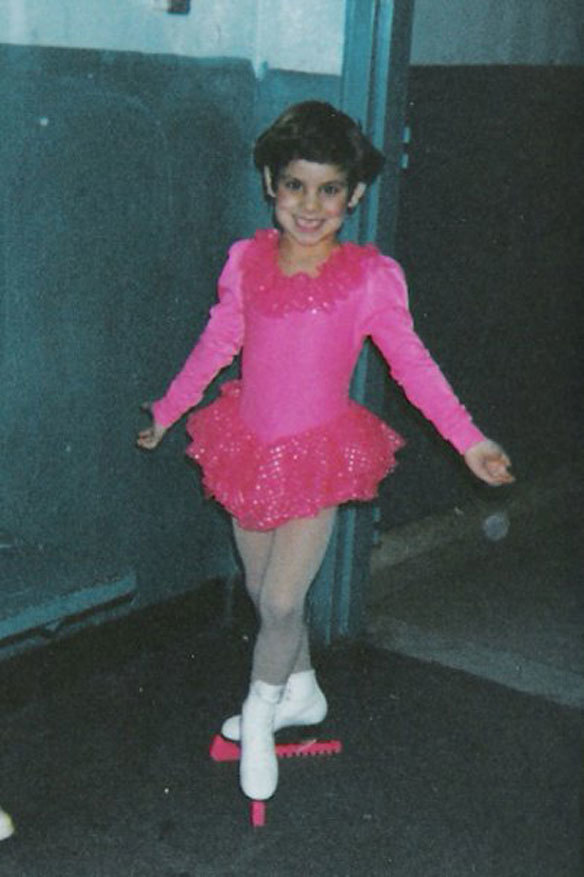 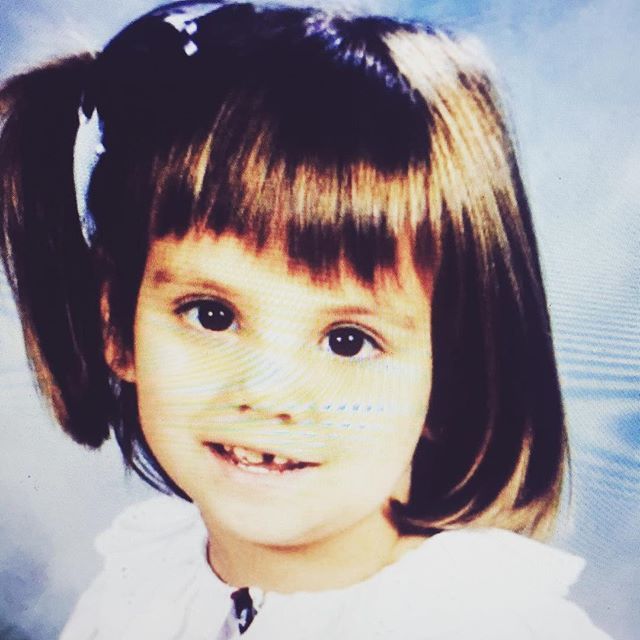 Meagan Duhamel: starting on a path from Lively, Ont.

Duhamel’s grandparents and a son were born in Finland. Duhamel’s mother was born in Ontario after the grandparents moved to Canada. But Duhamel has been raised in Finnish traditions in her little town of Lively, about a 20-minute drive from Sudbury. She’s proud of it. In fact, the announcement that the 2017 world championships were to take place in Helsinki sorted out the path of her pair career.
“After Sochi, Eric and I weren’t sure how long we would continue skating, and it was announced that we were going to Finland for 2017, I immediately thought: ‘We have to keep going until then. I have to continue to worlds in Helsinki,’” Duhamel said.
And of course, with these world championships only one year away from the Pyeongchang Olympics, why not take them in, too?
It’s been a worthwhile decision. Since the Helsinki world championship has been dangled in front of their noses, Duhamel and Radford have won two world titles. Thank you, Helsinki.
“It’s extremely special,” said Duhamel, one week before the first practice in Helsinki. “I have a lot of family there.”
In fact, her grandmother is returning for the first time in almost 20 years. She hasn’t seen her brothers and sisters in all this time. And it is very special. And it could be daunting for an 84-year-old. But the Finns are made of tough stuff. They have “sisu.”
“It’s in my blood,” Duhamel said. “I’m a Finlander. It’s almost like I get to skate at home. And I get to have a lot of my family come to watch the competition. Some of them I’ve met. Some of them I haven’t. They are all going to share this experience with me.”
There will be a lot of Koskis and derivatives thereof attending the world championships. There will be aunts and uncles sitting in the Hartwell Arena in Helsinki next week. Most of them are coming only for the long program, because they had a hard time getting tickets, and also – those tickets are expensive. (Former Canadian skating development guru David Dore used to say: ‘Make the tickets reasonably priced, to get the spectators in the door, then give them many reasons to part with their money with trinkets and souvenirs and t-shirts and just about anything.’ That’s what made the 1996 and 2001 world championships so financially lucrative: he filled enormous 17,000-seat rinks both times.)
But we digress. Duhamel’s grandmother and parents will stay a little longer after the world championships have finished to visit Kauhava, and to visit the farm where Raili grew up. She’ll see the rest of the family that could not come. Finns had to take surnames in 1879, so it was easy to add a name like Koski, which means “rapids” in the language – a no-brainer of a choice if you lived near a river. A river runs through Kauhava.
And what’s to see in Kauhava, aside from family? Kauhava, population just shy of 17,000 (of the folk who didn’t emigrate to Canada) is known as the city of knives. The Kauhavians were knife makers from centuries ago. At one time, Kauhava sported five knife-making enterprises, although now it’s down to one that has been around since 1879. There is a Kauhava International Knife Festival where people participate in knife throwing and other exciting knife activities. There is even a museum of knives in the city.
In Kauhava, there is an art gallery, three hotels, a church and a theme park, where people can even ride carts in the winter, although for obvious reasons, it much more popular in the summer. (It’s the tundra thing.)
Meanwhile, Duhamel quietly whips up her own version of a Finnish braided bread called pulla, (with cardamom, yum) that of course is vegan. Visit her Lutz of Greens site to get the recipe. 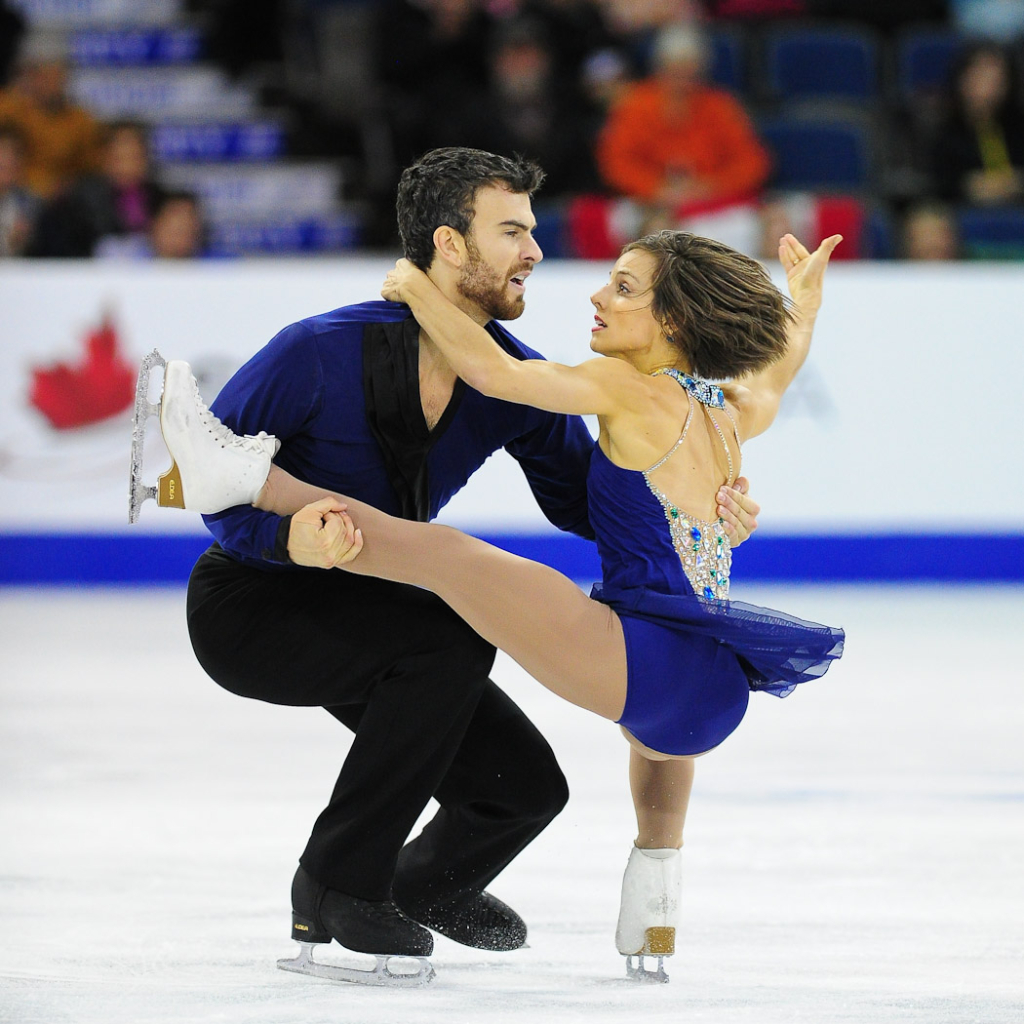 But before they get to Helsinki, Duhamel and Radford have had to take stock of a season that surprised and didn’t delight them, finishing third at the Grand Prix Final and second at Four Continents last month. “We kind of went back to square one after Four Continents, reassessing what has gone on this season, why we are underperforming, why we are not succeeding in competition the way we are training” Duhamel said.

After all, they had been training amazingly well before both events. So they’ve made a lot of changes to their programs for next week.
Radford says the changes work to free up the program, which also helps them be more confident with their technical elements.
They have changed no elements, but they changed the entrances to both of their side-by-side jumps. They completely changed the entrance to their throw quad Salchow. They are trying to execute their jumps more closely together, with better unison. In short, everything that adds to the GOE, which can make the difference between winning and not.
Duhamel said the entrance to their quad has more ease. “We used to telegraph it,” she said. “It used to be slow and careful. Now we’re trying to eliminate that a little bit. In turn, doing these things has really elevated the elements and they feel better than ever.”
They completely changed the footwork in their short program.
“I feel like [we’re doing] the technical elements the best technically and with the most ease all season,” Radford said. “When we skate both our programs now, I personally feel a lot more relaxed and seamless. “
Duhamel and Radford feel they are coming into the world championships rather under the radar, because there are teams that have put up higher scores. But they haven’t performed to the max, yet. 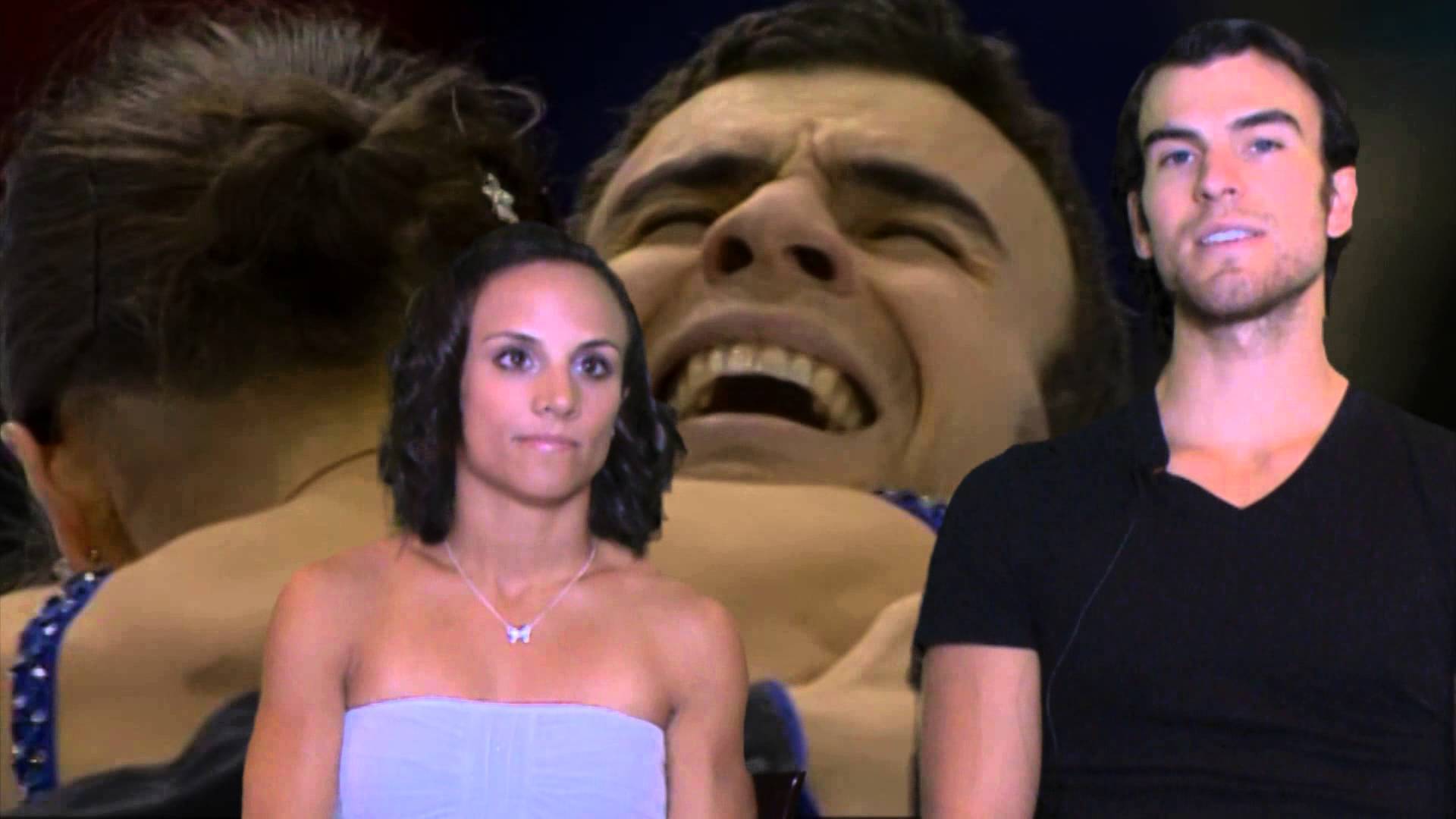 The ultimate goal, Duhamel said, is to gain personal bests in both programs and let the results fall where they may. “If we do that, we can win a third world title,” she said.
There is that other Finnish word that applies so very well to Duhamel and Radford’s journey this year. It’s “sisu,” a Finnish state of mind that features strong character and grim forbearance. Well, yes it’s been grim some days, but the answer is in the language. And if all else fails, hit the sauna.