You are here: Home / Archives for Eric Radford 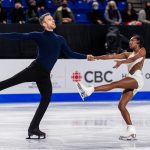 Vanessa James and Eric Radford are not at all certain they will compete at the Canadian Tire National Skating Championships after testing positive – and recovering – from COVID. The pairs short program is on Friday, Jan. 7 while the long is on Saturday, Jan. 8. The pair, who got together this season, will […] 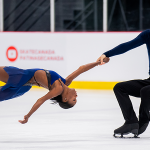 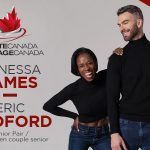 Eric Radford thought he needed a Plan B. So did Vanessa James. So they hitched their plans together, rather organically. It just sort of happened. But they didn’t expect that the announcement of their new pair partnership with 10 months to go before the Beijing Olympics would be met with such snarling reaction. Hurt feelings […]

After the cruelty of a long program gone completely haywire at Autumn Classic a few weeks ago, Meagan Duhamel and Eric Radford have hit the reset button. They will be coming to Skate Canada International in another 10 days feeling settled after some clever reworking of their Muse 2.0 free program. “We had a big […]

The timing couldn’t be worse. A day before the pair short program at the world figure skating championship, two-time world champion Eric Radford could see there was something wrong with his hip. And he could not do a triple Lutz. “I’ve had a spasmed muscle in my deep abdominals,” he said, clenching his right hip […]

Finland has given us the word “sauna.” It is about the only word in the difficult Finnish language (given level three of difficulty by a language institute in California) that translates to English very happily and is most welcome in our vocabulary. “Tundra” might be the other, but that word leaves you feeling rather bleak. […]

(My story, as seen on the Skate Canada website:   Fate and destiny have bought Canada’s top two upwardly mobile duos to much the same place, on the same path, so much so, it’s almost chilling to behold. Never have Canadian doublets been in such step as pair skaters Meagan Duhamel and Eric Radford and […]

It seemed to take a lifetime for both Meagan Duhamel and Eric Radford to finally get their Olympic experience – and they’re still barely over it. But they have to be, to prepare for the world championships in Saitama, Japan, where they hope to finally deliver the “Alice in Wonderland” free skate they had always […]