You are here: Home / Blog / Weaver and Poje: Dancing With their Hearts
Tweet
0 Shares 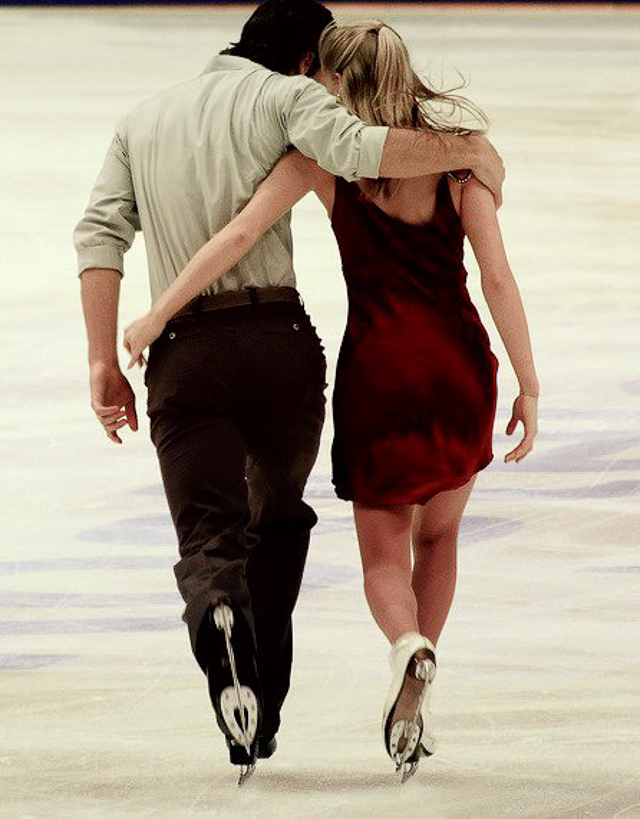 For now, we will only get Kaitlyn Weaver and Andrew Poje for a whisp of a moment in the competitive world when they set foot at Autumn Classic in Oakville, Ont.. this week.

And remember how they always had the power to make you weep with their emotional performances? No different this season. In fact, save the hankies. Many of them.

They will be skating their free dance to “SOS, d’un terrien en detresse,” and if that doesn’t evoke emotions, well, it should.

It’s Denis Ten’s free skate music from last season, before he was stabbed to death by a couple of men trying to steal the mirrors off his car. He died on July 19. Ten was the first skater of any note to come from Kazakhstan; he won an Olympic bronze medal for his lyrical skating and crisp quads.

Weaver takes a breath before she reveals it. “This is a very special program for us because we first heard this music when we were invited to perform in Astana, Kazakhstan with Denis Ten,” she said. “And he skated to this music.

“We came home and we couldn’t get it out of our heads,” she said. “We kept humming this tune over and over. And we put it on the ice and [coach Nikolai Morozov] said: ‘This is it.’”

Ten skated to the incomparable voice of Kazakhstani songbird Dimash Kudaibergen, who turned the piece viral when he sang it at a Chinese competition, for which he had won a wild card. Performing first, he set the world abuzz with his lyrical interpretation and his crystal-clear high notes, always precise. Ten brought the music to the skating world. “SOS d’un terrien” is very difficult to sing, because it demands that the voice travel from base notes to very high notes in a single line.

Weaver and Poje found their own version, sung by Dutch group Los Angeles the Voices, sometimes known as L.A. the Voices.

“And we thought: ‘Thank you Denis for bringing this music to us,’” Weaver said.

“And following that tragedy, it’s with a heavy heart that we say we are making this piece a tribute to him. It’s our way of saying thank you to him.”

We will see it in Oakville, before Weaver and Poje take the Grand Prix season off to participate in the ThankyouCanada tour across Canada in October and November. They plan to resurface at the national championships in New Brunswick in January and carry on with the rest of their competitive season.

The song was originally written by French musician Michal Berger and renowned lyricist Luc Plamondon in 1978 for the rock opera “Starmania.” Plamondon is also known for writing the lyrics for “Notre Dame de Paris,” which had the most successful first year of any musical, ever.

To being with, Plamondon’s words are heart-rending. Translated into English, they go:

Here is the SOS

Of a landowner in distress

I never had feet on the ground

I would rather be a bird

“I would like to see the world upside down

If ever it was more beautiful

More beautiful seen from above

I have always confused life with comics

I feel something that attracts me

That attracts me to the top.

In the large lottery of the universe

I have not pulled the right number

Why do I scream? Why do I cry?

I think I can pick up waves

Coming from another world

I’ve never been down to earth

I’m sick of myself

I’d rather be a bird.

Dodo, the child do.”

“We love the piece,” Poje said. “It’s such captivating music and it spoke to us on many levels. It’s a great story, but it’s also created real-life emotions because of everything that has happened.”

Perhaps this could rival “Je Suis Malade,” which they brought back last season for the Olympic year? We’ll see. 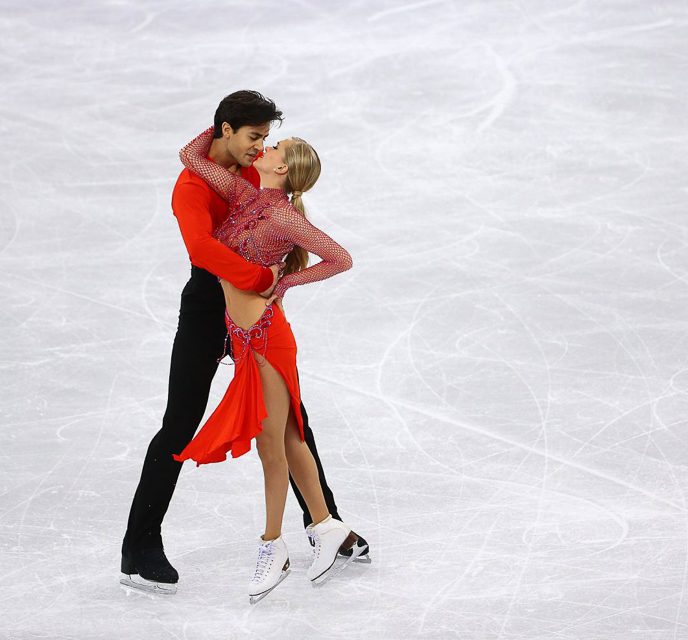 Weaver and Poje come back down to earth for their tango rhythm dance to “Libertango.” But they sought something different here, too. It’s performed by Japanese conductor Kazuo Muranaka who – rather than following the usual tango road – starts the music quietly, in understatement, with nuances. “We want to bring a more romantic side to the Tango Romantica,” Weaver said. “Tango is so easy to be harsh and strong and aggressive even. And we wanted to show the tender side.”

They found the music quickly, within 10 minutes of searching and knew it was right.

And while they are sticking with main coach Morozov with a home base in New Jersey, Weaver and Poje are expanding their training circles to include Igor Shpilband and former coach/choreography Pasquale Camerlengo, both in Detroit.

“I think it’s easy to see that this year we are doing things the way we feel we want to,” Weaver said. “We thought, ‘well why can’t we work with Igor and Pasquale?’ It’s previously been every separate camp against each other, but we thought: ‘Let’s try and all work together for a common goal.’

“We have some of the three most legendary coaches in skating history all on our side. We’re just really growing from working with all three.”

Shpilband choreographed their tango and it’s no secret that he loves tangos, and blitzes them. Poje said it was a factor in deciding to approach Shpilband: his reputation with a tango. “He’s got a good eye for it,” Poje said. “We felt like it was a great opportunity for us to see how he would work with us. It’s been positive so far.”

At first Weaver and Poje intended to compete all this season, even when first asked to take part in the ThankyouCanada tour. Rehearsals start at the end of September and the tour would run at the same time as Grand Prix events.

“Our initial gut reaction was no, we still have a passion for competing,” Weaver said. “We feel like we are getting back into the swing of things. We had a wonderful finish [bronze] at the world championships in Milan.”

But then they went on the Stars On Ice tour. “We realized just how special this group is to perform with and to travel the country with,” Weaver said. “I have to say that was a mind-changing moment. Luckily our spot was still there. It’s a great opportunity for us to not only say thank you to the people who have been supporting us, and the team for a decade at least.”

They will perform their new competitive programs on the tour with the bonus of performing in front of crowds not just two or three times, but 30 times. “We feel like it’s letting ourselves grow and have the freedom to do so as artists as well as athletes.”