You are here: Home / Uncategorized / Virtue and Moir: The show must go on
Tweet
0 Shares

Tessa Virtue and Scott Moir came back after a two-year sojourn last year because they wanted to skate. And they felt they had more to give.
“We felt like we could be better,” Moir said. 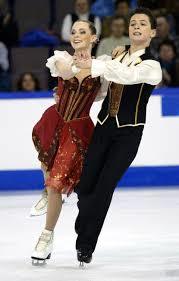 No doubt, an Olympic gold medal is on their minds. But it’s not all and it’s not enough.
There are so many days in which they smile the whole time. They wake up wanting to go to the rink. As they said a year ago, they didn’t come back to be who they were – which wasn’t bad, mind you: all those great edges; the intertwining of one movement which unfolds to the next; the novel lifts, new each year; the passion to express.
They spent last year revamping their technique and their style of skating, believe it or not: working on basics and mechanics, shifting the patterns in which their bodies moved. They spent time in the gym. They never fail to mention B2Ten, the group that gives them multi-faceted off-ice support, some of it rather scientific. Their goal was not necessarily to set the world afire last year as they set the groundwork for their second year back: this year.
But they did set the world afire in 2016-2017. They set two world records, for the short dance (82.43) and total score (198.62). And they were undefeated last season against the world’s best, the lone bobble to the exquisite French dancers Gabriella Papadakis and Guillaume Cizeron, who edged them in the free dance at the world championships, but not overall. Virtue and Moir admitted their free dance wasn’t their best skate.  “That kind of stung us a little bit,” Moir said. “And we were trained. We wanted to perform at the level we thought we should have.”

Even so, they are coming into this season with all sorts of momentum. There should be no surprise if they have taken their skills and their expressive work yet a step further. It’s what they do. It’s the fire that lights them from within. They will be better this year than last. And experience is on their side, too. Last year they had to learn to compete again. They passed that test with flying flags.
”We’re so grateful to have had last year to set us up, schedule-wise especially, just to optimize our training this season and solidify our choreography and give our off-ice team a bit of a chance to home in on our mechanics once again,” Virtue said. “Things have just been rolling along as planned. I think in an Olympic season, you have to be adaptable, but part of that is just giving ourselves a buffer in case anything comes up through the year. I feel like we’ve done that.”
Mostly, they are excited about their material. It’s not a secret that they are skating to Rolling Stones and the Eagles and a bit of Carlos Santana for their short dance and “Moulin Rouge” for the free dance. What is a secret is just what and how they are using the music.

They did say that the music from their “Moulin Rouge” is coming from the Oscar-winning movie version, starring Nicole Kidman and Ewan McGregor, a wonderfully dark, grandiose film that became the first musical in 10 years to be nominated for Best Picture back in 2001.
It took its producers two years to clear the rights for all of the music, since all but one song – “Come What May” – were covers of music from artists such as David Bowie (“Nature Boy”) and Elton John (“Your Song.”)
Virtue and Moir have always loved the movie and know that “Moulin Rouge” has been used time and again by international figure skaters (especially “El Tango de Roxanne” for ice dancers).

“But we try, as we always do, to put our own stamp on it, and make it unique,” Moir said. “Hopefully, it’s successful. We don’t want to give it exactly too much of where we drew things from. We want people to experience that for themselves,” Moir said.
Skaters have only a few minutes to tell a story, he added, and he doesn’t want to ruin the experience for spectators by revealing the specifics.
So will it be that riveting Roxanne tango, perfect for an ice dancer to pluck? Or the winsomely beautiful “Nature Boy,” by Bowie – perhaps the most beautiful song of the movie?  Or perhaps “Come What May,” the ultimate love song – which would play well with ice dancers.


The public won’t know until their first competition: next week at Autumn Classic in Montreal, where Virtue and Moir will go up against two-time world medalists Kaitlyn Weaver and Andrew Poje and Canadian innovators Piper Gilles and Paul Poirier.
It’s not easy keeping secrets in this social media world. But Autumn Classic will represent an unveiling, before Virtue and Moir get serious at Skate Canada in Regina in October. 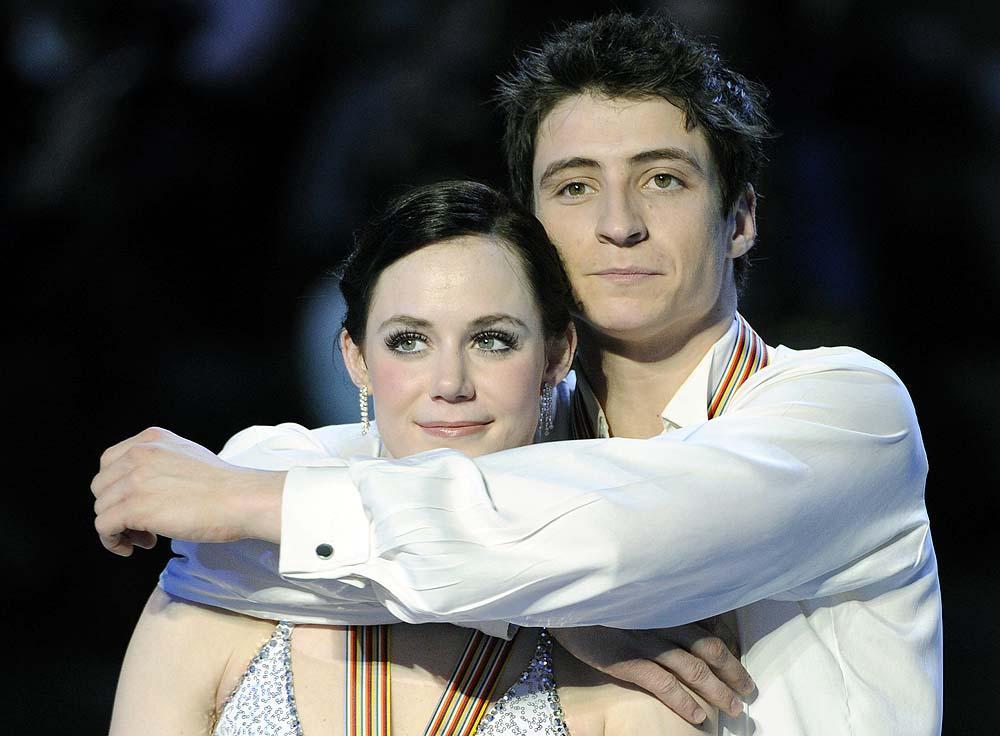 There is an excitement when they talk about their  “Moulin Rouge.” It was their idea. They presented it to coaches in Montreal.  There has always been a collaboration in choosing music with coaches and choreographers. “But this just felt like ours,” Virtue said.
“We are super proud of our 2017 programs for sure,” Moir said. “But the one thing we could have improved upon is picking something that we really connect with. We had a piece of music in 2014 that we couldn’t skate to, because people before us had made it special already.”
But “Moulin Rouge” is different. “It comes from within us,” Moir said. “Skating to it feels special. I don’t know what it will look like. It might be a complete mess. But I can tell you, we are having a blast doing it. And we feel we have a special connection to it.” It’s high theatre, for sure.
So “Moulin Rouge” has become their standard piece. “We just didn’t find anything that spoke to us and that we connected with like that,” Moir said. “And Marie [France Dubreuil ) and Patch [Patrice Lauzon] let us play with it a bit. And once they saw our passion and our connection to it, they started to come around a little bit more.”
When they began to create, things fell into place naturally. David Wilson came in to help, as well as their hip-hop man Sam Chouinard. “We give credit to our coaches to not only let us have the opportunity to do something, but also getting on board and making it more special than we could ever believe,” Moir said.
This season, Latin is the prescribed rhythm for the short dance – and it’s not new to Virtue and Moir who have been together two decades. In fact, they danced a fiery flamenco at the Vancouver Olympics enroute to a gold medal.  There will be nothing simple about this Latin piece.

“We want to do something a little bit different,” said Moir. Dubreuil designed the routine for them and it’s a mix of modern rock. “It’s a bit of a party,” Moir said. “But we love the material and we get a chance to dance. It’s what we love to do.”
It starts with “Sympathy for the Devil,” and moves on to “Hotel California,” but it’s a novel arrangement. “It’s kind of a neat way to do Latin differently,” Virtue said.
Behind it all is a lot of training. They know what it is like to win and to defend – and they know how hard it is to defend. They are very motivated. They don’t have to look for it. “We are just trying to control our emotions more than find motivation,” Moir said. “We think about it every day. That’s already started. It’s so funny how quick you’re going to be every night, dreaming about the Olympics. You can’t get away from it almost.”
The nice thing is that their Olympic record sets us them up nicely, said Virtue, speaking of winning the Vancouver Olympics and finishing second in the Sochi Olympics four years ago.
“I think we are the underdogs!” Moir said, jokingly.