You are here: Home / Uncategorized / The King is back: my photos from the Wando Stakes at Woodbine Racetrack
Tweet
0 Shares

My two worlds are colliding at the moment. Days after the Stars On Ice tour landed in Toronto, a group of Queen’s Plate hopefuls tested out their legs in the Wando Stakes at Woodbine.
The race is named after a spectacular Canadian colt called Wando, a copper-coloured gentle sort that became the first to win the Canadian Triple Crown in 10 years, back in 2003. Nobody has swept the series since. Only seven have ever won it.
Now, 14 years later, Canada’s best 3-year-olds are preparing for the first leg of the Triple Crown, the Queen’s Plate, which Wando won by nine lengths. Wando, bred by Toronto developer Gustav Schickedanz, died three years ago and is buried at Schickedanz’s Scomberg Farms, beside another of his Queen’s Plate winners, Woodcarver, as well as one of Schickedanz’s favourite riding horses.
The Wando Stakes on Sunday was a contest between Queen’s Plate winterbook favourite, Tiz A Slam and Sovereign Award champion 2-year-old from last year, King and His Court, both from powerful stables.
The following are photographs I took at Woodbine on Sunday: 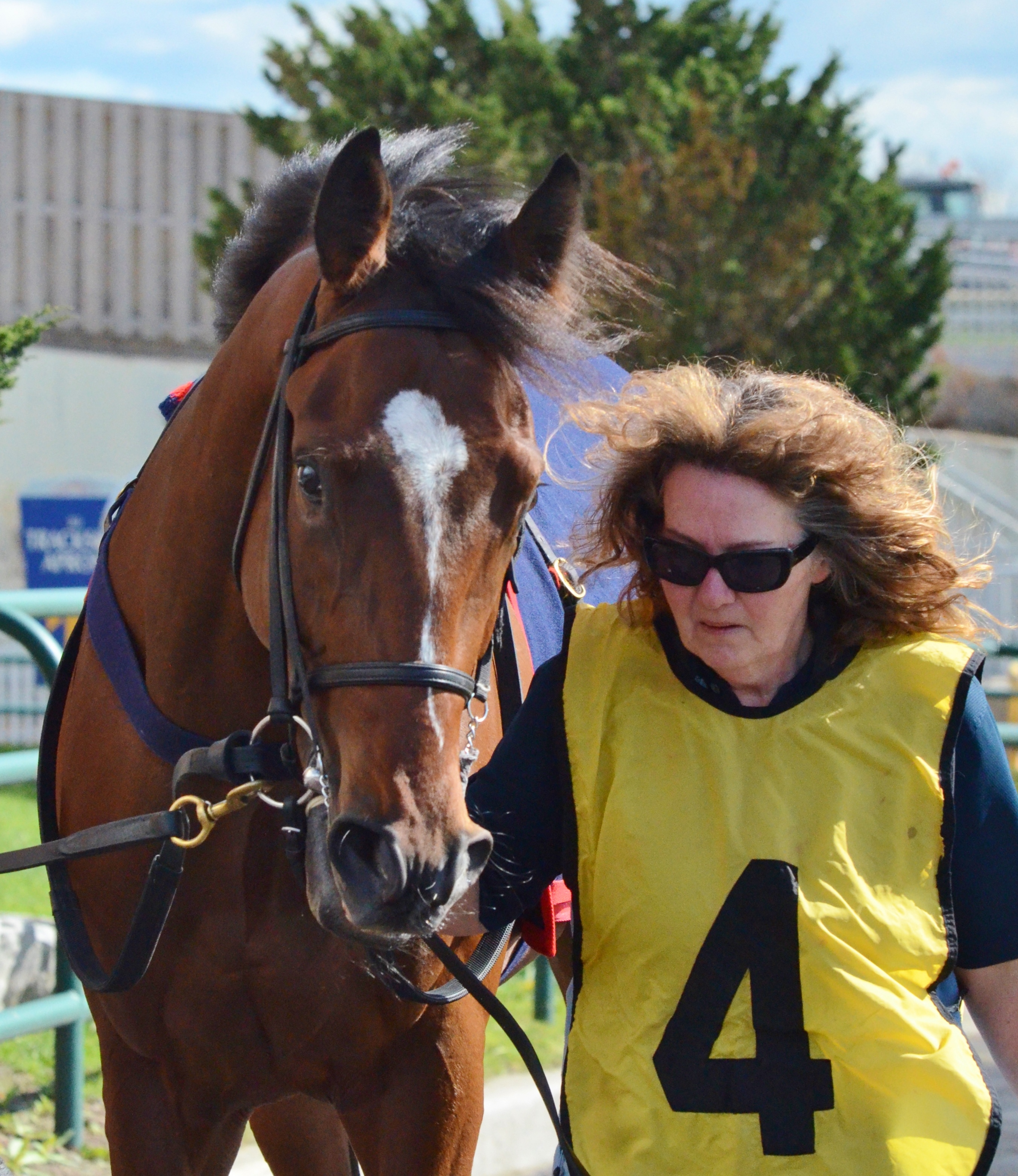 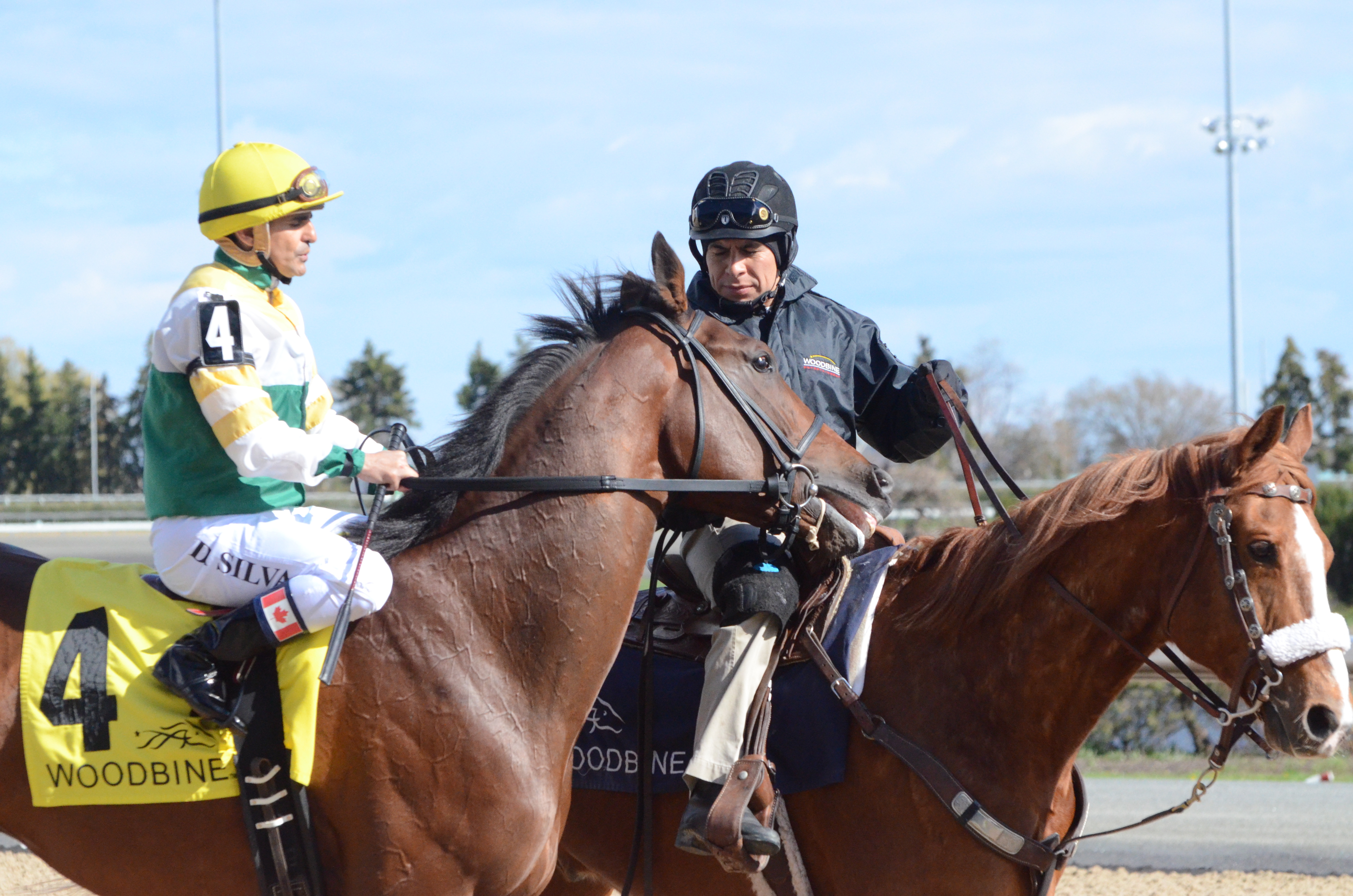 This is Tiz A Slam, trained by Hall of Famer Roger Attfield. If Tiz A Slam wins the Queen’s Plate this year, it will give Attfield a record ninth victory in the classic race. Canada’s top jockey, Eurico Rosa da Silva, rides. 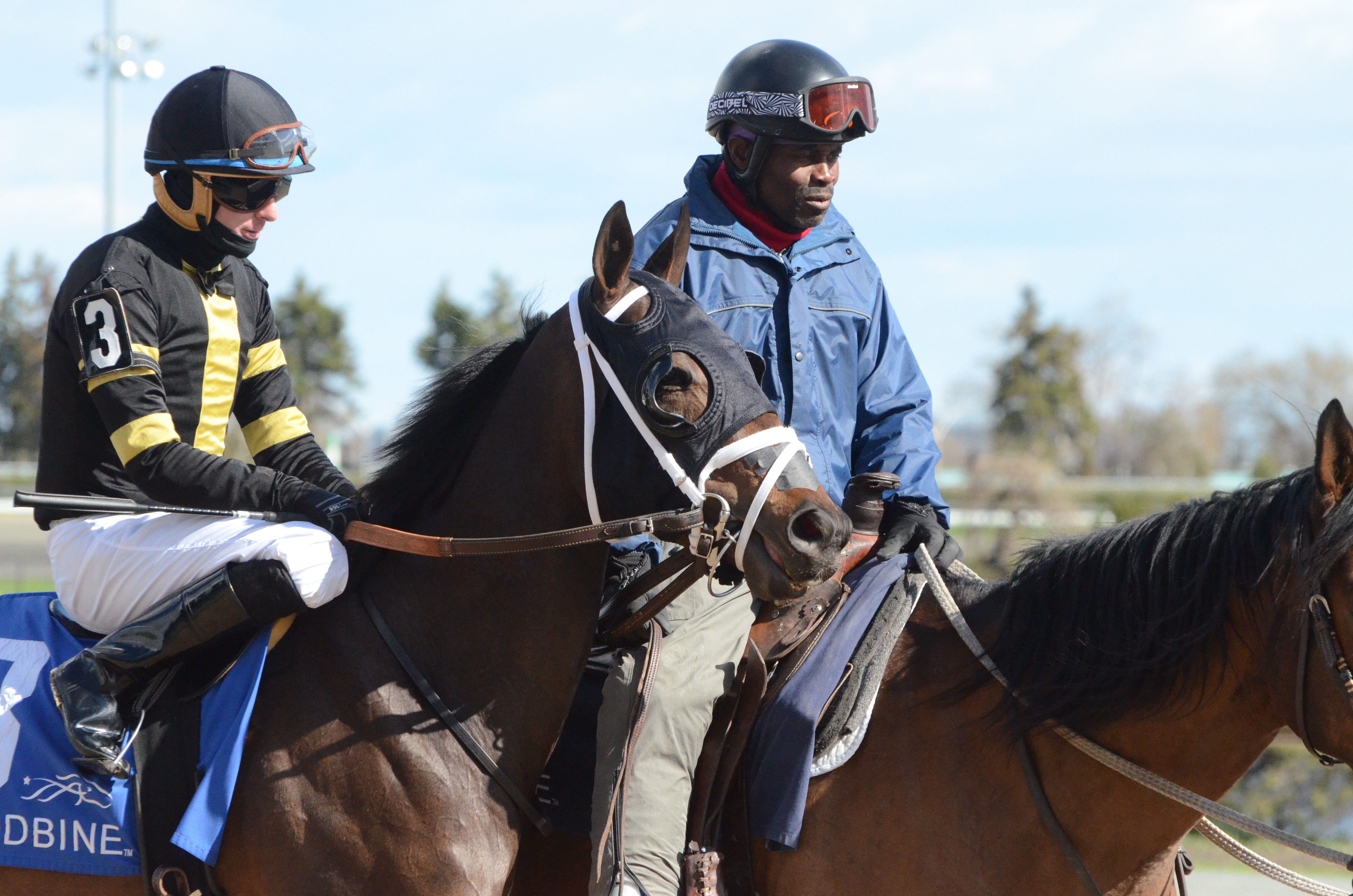 In the other corner is King and His Court, ridden by veteran Gary (Boo) Boulanger. He is trained by Canada’s perennial top trainer Mark Casse, who had one of the favourites for the Kentucky Derby last Saturday.

Breaking from the gate in the Wando Stakes. King and His Court is No. 3, Tiz A Slam is N. 4. 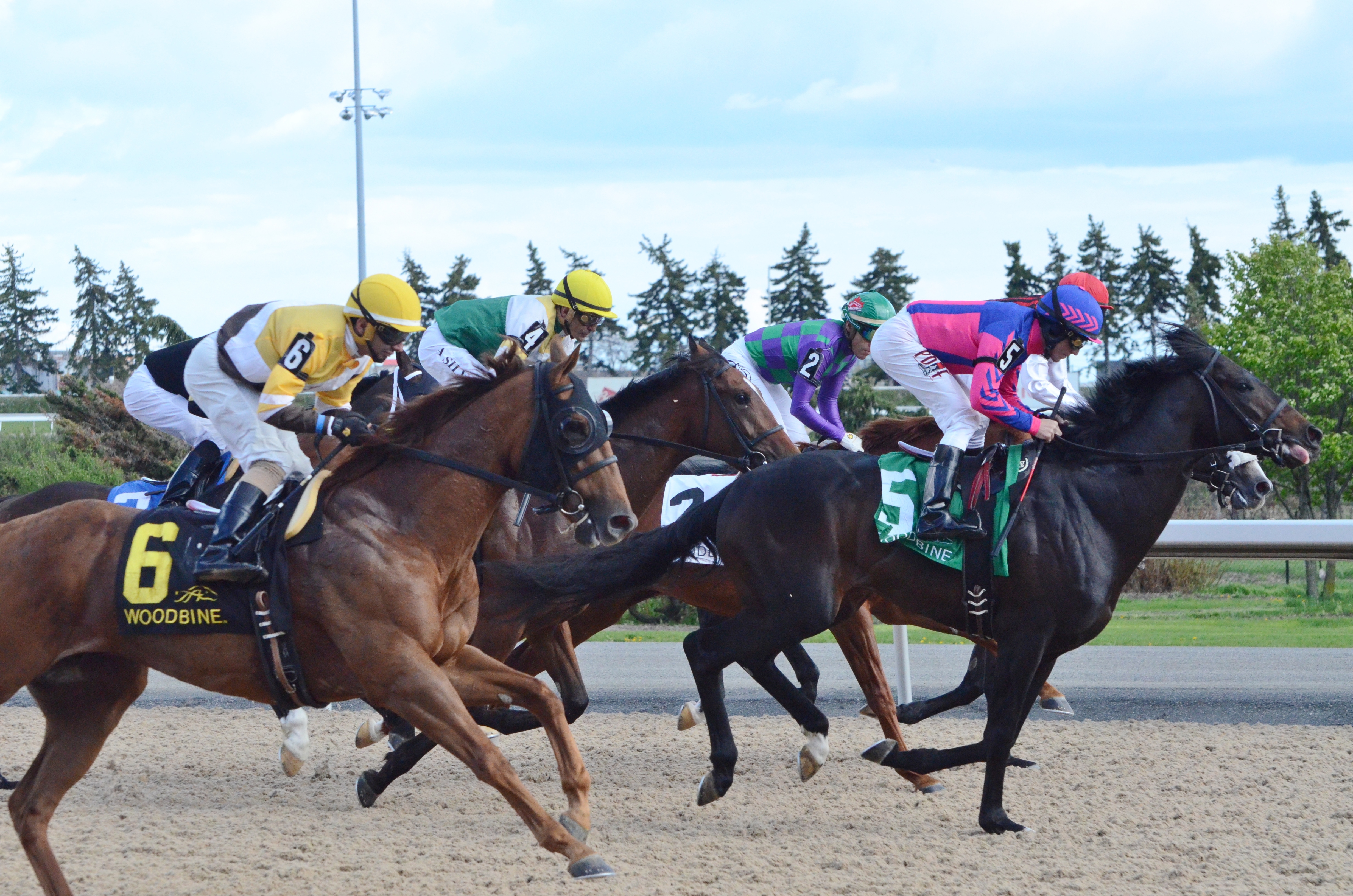 Pounding in front of the grandstand for the first time. 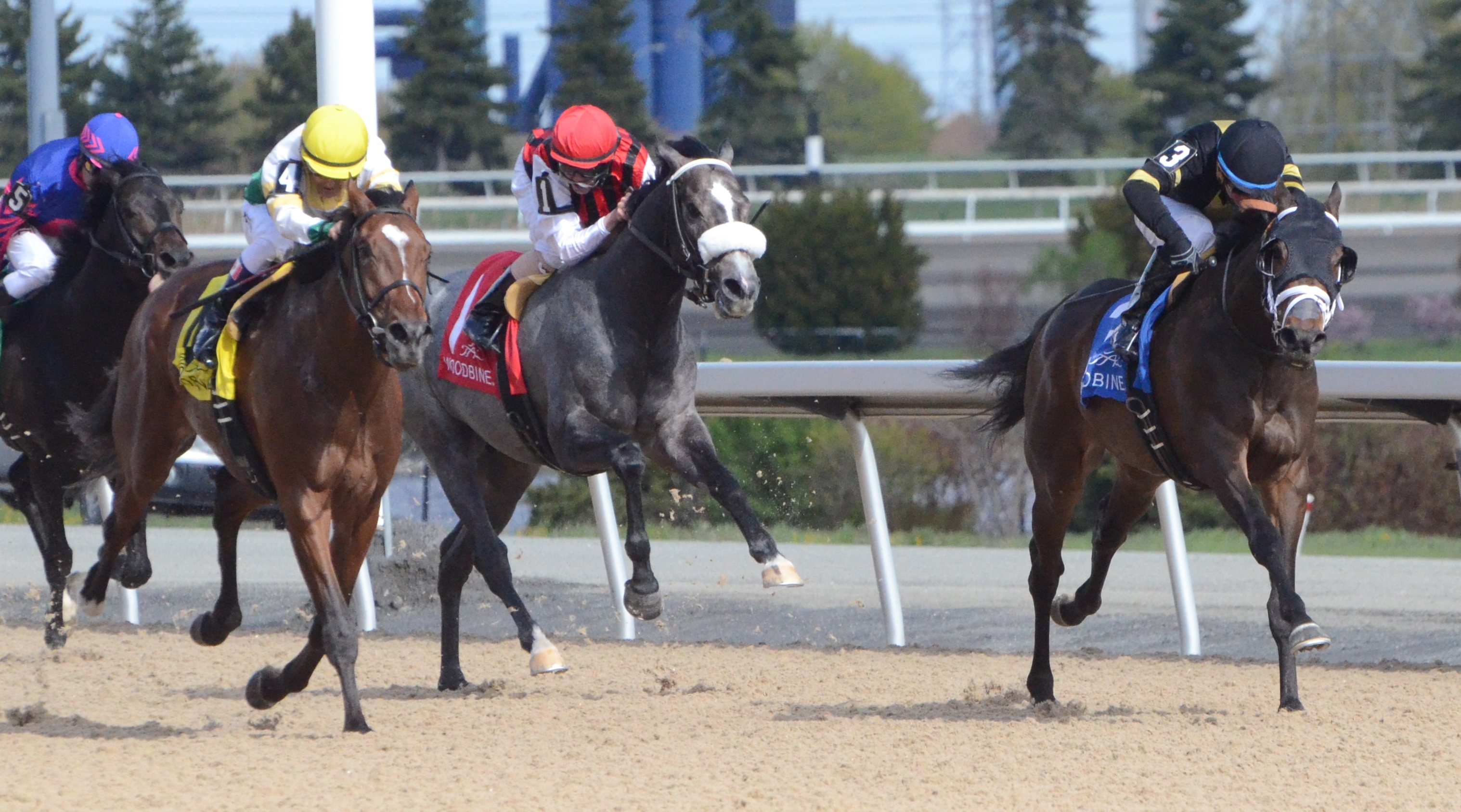 Down the homestretch, King and His Court battles it out with Tiz A Slam, with Gus Schickedanz’s grey horse, Megagray between them. Megagray ended up third. 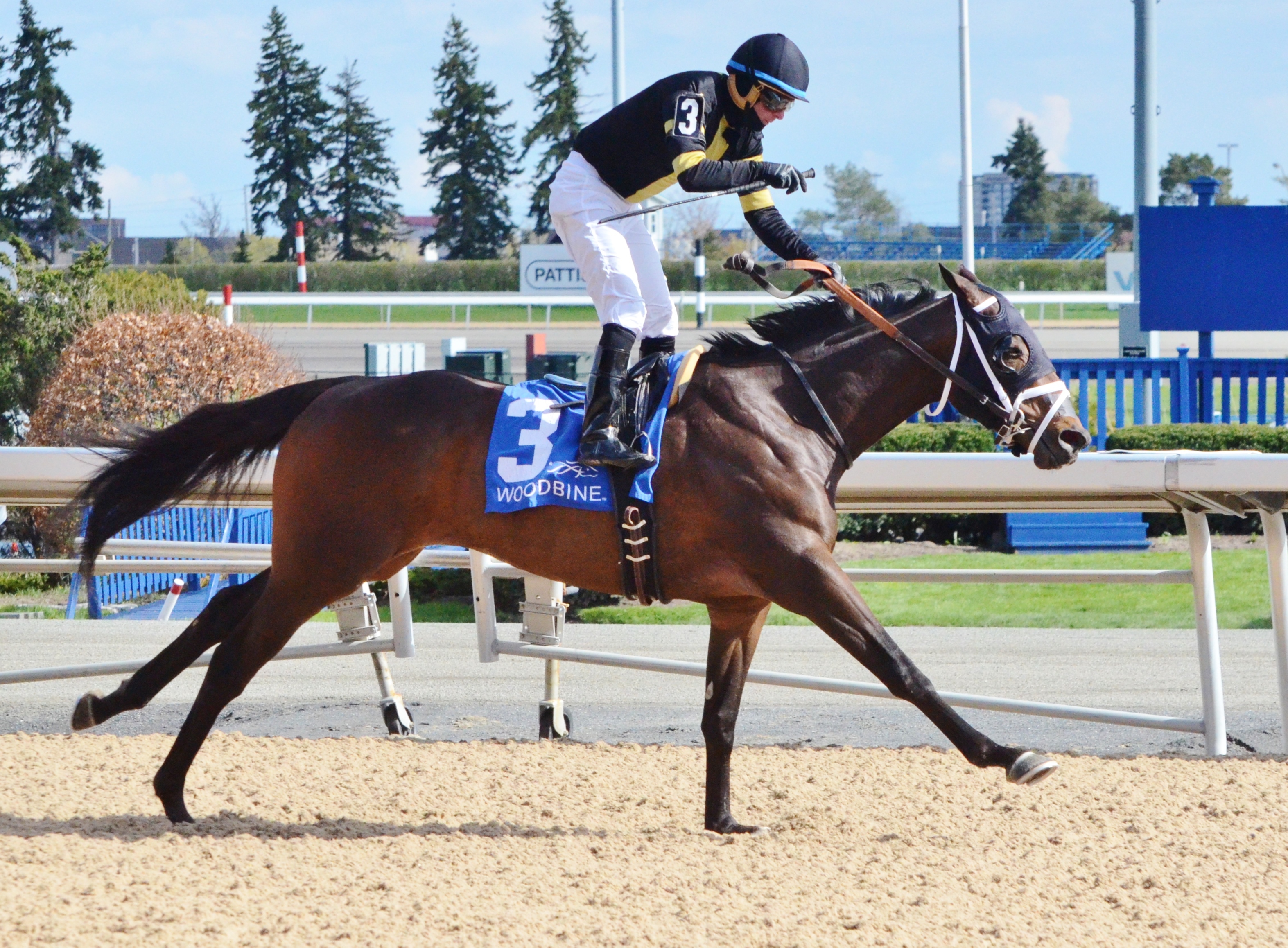 King and His Court, winning the Wando over Tiz A Slam. It appears the King is back after two lacklustre efforts in the United States earlier this spring on different racing surfaces. 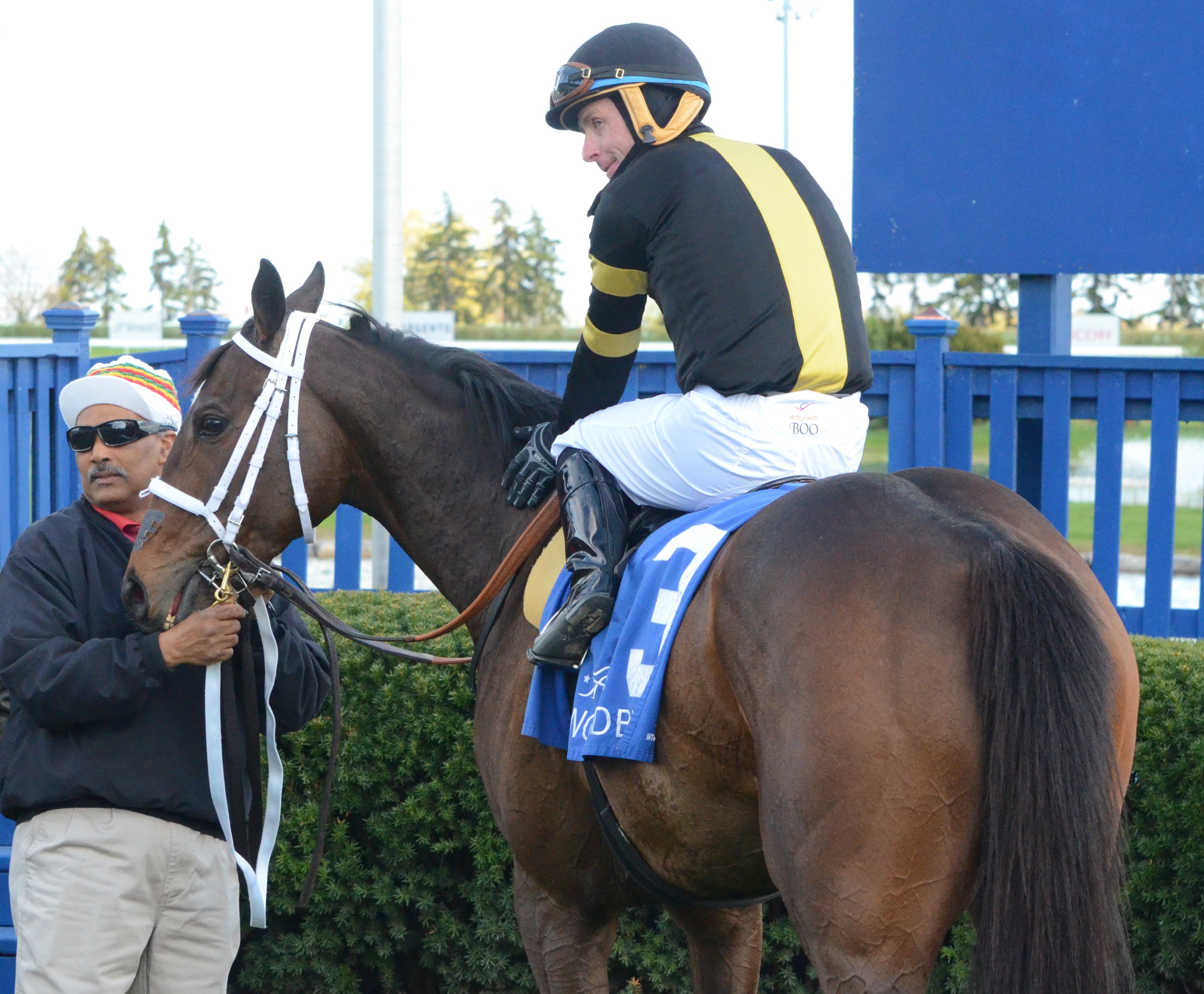 Winner’s circle glory for the King. 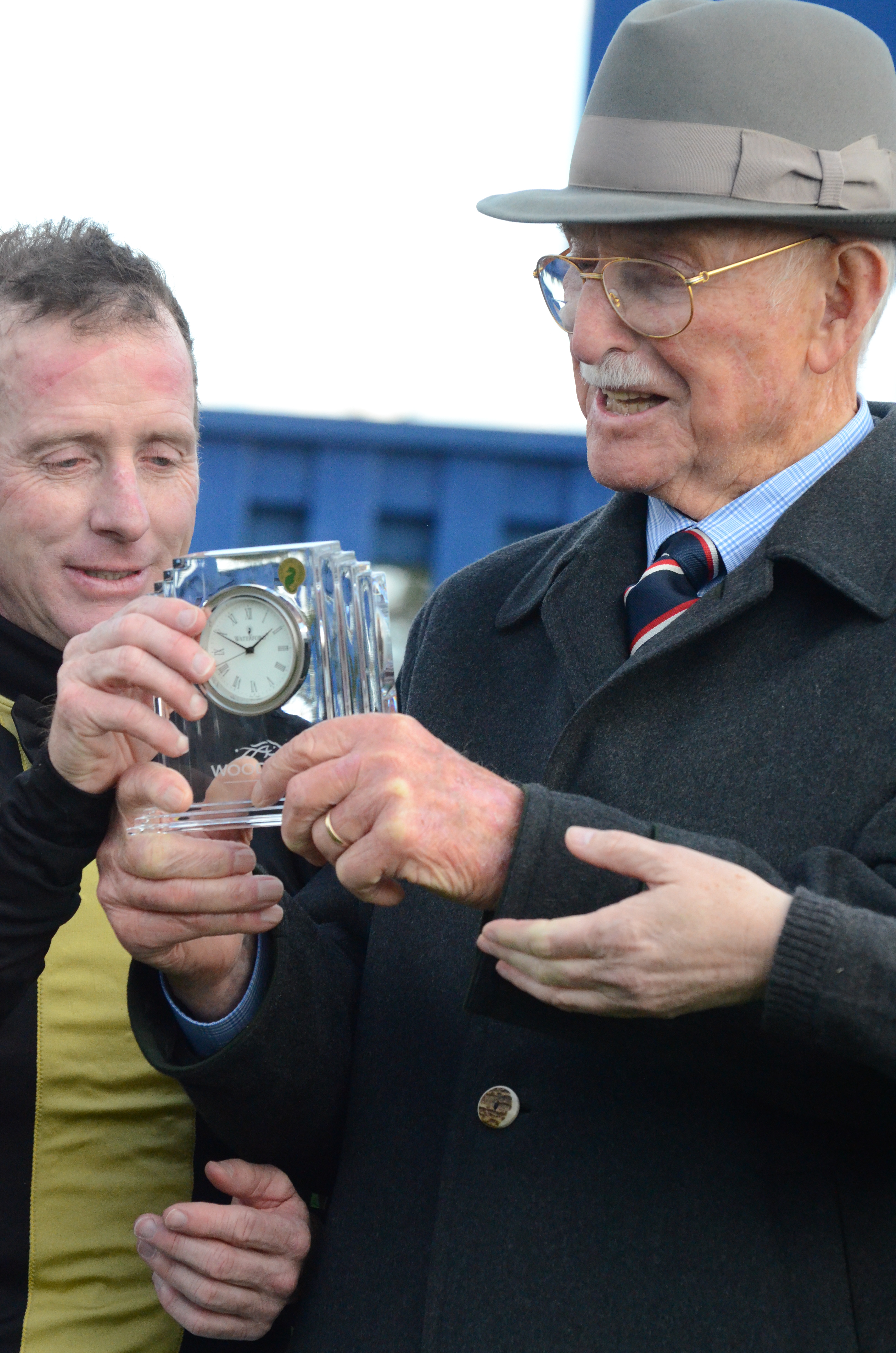