You are here: Home / Blog / The Empress has arrived
Tweet
0 Shares 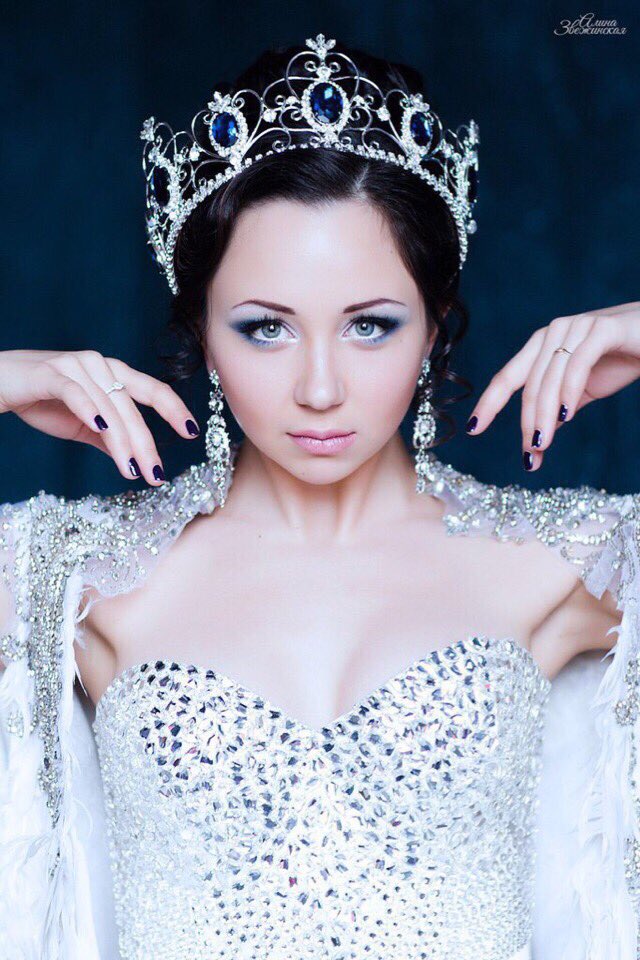 Yeah, she’s bad-ass, that Elizaveta Tuktamysheva. In a most endearing way.

Only 21 still, the Russian former world champion has come from nowhere, has risen to the top, has fallen to nowhere, has risen again to be unbeatable. And after a lull in her career while rushes of young teen Russian girls annihilated the world with their technical wizardries, Tuktamysheva confidently came back to the table on Friday night at Skate Canada, on top, with a triple Axel so sweet, she earned a bonus GOE point for it. And she’s surprisingly in the lead with 74.22 points over Wakaba Higuchi with 66.51 in the short program.

Former world champion and Olympic silver medalist Evgenia Medvedeva, also of Russia, is in only seventh place of 11 skaters after a missed combo, landing a triple flip forward, unable to do the triple toe loop following it. Jumps she can normally do in her sleep.

Once Tuktamysheva took to twitter (@TuktikLiza) , she became a source of sublime entertainment, too.

“A lot of people call me a queen,” she said in a recent tweet. “Guys, it’s too much….I’m a simple girl. Just call me the empress.”

She critiqued Skate America, saying: “Why am I not invited [to commentate] at this event?” And the zingers flew. Praise too.

“I know some of these tweets are way too mean,” she admitted. “I’m sor…wait. I don’t care!”

She also took to task a Russia journalist who made a racist remark in a story. Bravo!

Back to skating: “It should be GOEnerous!” she remarked. “Beautiful skating by Satoko [Miyahara, who won Skate America.]”

And of former Canadian champion Alaine Chartrand, who had an unfortunate short program at Skate America, but who stormed back in the long: “Wow! She’s a fighter! Alaine goes ALL-in!”

But it was Tuktamysheva’s time to shine at Skate Canada in a frosty rink in Montreal on Friday. “I’m really happy because I skate so clean,” Tuktamysheva said. “I am so happy now. I did all what I need today. “ That being, landing a triple toe loop-triple toe loop and a triple Lutz and gaining level four on all of her spins.

Tuktamysheva plans another triple Axel in the long program Saturday, as well as a triple Lutz-triple toe loop combo.

Her goal this year is that, knowing she is in good condition this year, she wants to skate clean and “show everybody [that] I can skate and I can fight with those young ladies and other Russian ladies, too. So it’s interesting. I just want to enjoy it and everybody enjoy my skating.”

Tuktamysheva her confident comes from her mindset: “I just let my mind go and when I can, my body start to do more than ever before,” she said. “So I just don’t think about how I need to skate.”

She felt very calm. “And then I can do whatever I want,” she said.

There is a photo somewhere of Orser and Alexei Mishin, coach of Tuktamysheva, sitting near each other in a warmup area. Mishin is facing straight ahead, but his eyes are sliding sideways to look at the Canadian coach.

But Orser has had a huge task in the past 24 hours, in how to right a listing ship. Medvedeva came off the ice, reeling with her huge mistake. “That mistake is only my fault,” she said. “I feel so disappointment. And I feel so bad because it’s a stupid mistake and it never happened even in practice. But it’s only the beginning of my way.”

She’s talking about her move to Canada to skate with Brian Orser and Tracy Wilson. Even the practice schedules were different from what she had been accustomed to in Toronto. She’s been relearning her double Axel – now much improved. She’s living in another country. Everything she knows is behind her.

“I feel so bad about it because I was really ready to do my best.”

“It’s now a hard time for all of us, for Brian, for Tracy and I’m so thankful to them because they really gave me a piece of their soul on every practice.”

“I really hope to show my love to them with a clean skate today.”

Said Orser: “She’s never been in this position before.”

We’ll find out what she’s made of today.

As for Tuktamysheva, she skated to – appropriately enough – the Assassin’s Tango.

“And this year, my dreams come true.” 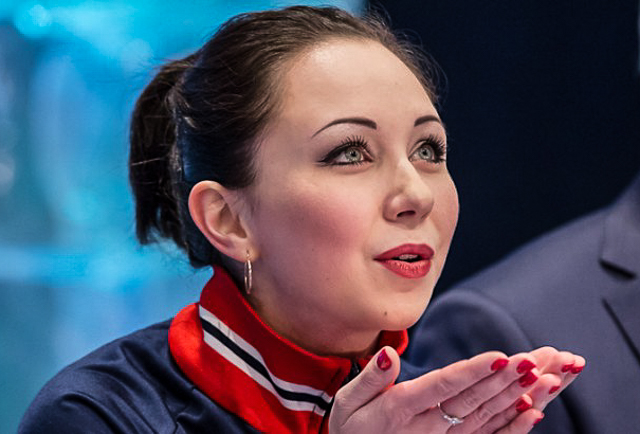