Keegan Messing is chalking up the good times. They keep rolling in, like a wave.

Last Saturday, he got engaged on a windy mountain ridge. He forgot the matches to light up the stove for soup. Everything went wrong. But Lane Hodson said yes.

“If she says yes when everything goes wrong, you know….” Messing said.

He said he was on cloud nine at the engagement, but “I’m above that now at this point,” he said, after winning the men’s short program at Skate Canada with a very healthy 95.05 points over Shoma Uno with 88.87.

Jun Hwan Cha is third with 88.86. He is just one-hundredth of a point behind Uno.

Messing got a standing ovation for his Charlie Chaplain routine, perhaps his first for a Grand Prix event.

“It felt pretty danged cool,” he said. “Especially with Nam going first and throwing down a clean short , it fired me up to go and do the same. We had back-to-back clean skates from our Canadian men. I’m pretty danged excited.”

So excited, he burst into Nguyen’s arms as the former Canadian champion was explaining his Frank Sinatra opus, that, too, got a standing ovation.

“The thing about Keegan, he is so dope,” said Nguyen, who sits in seventh place, after landing a quad Salchow – triple toe loop combo (alas, technicians deemed the toe loop underrotated.) , a nice triple Axel and a triple flip. Nguyen has 82.22 points.

“Every standing ovation makes you feel that much better out on the ice,” Messing said.

That fat score is a great starting point for a first Grand Prix of the season, Messing said. “And now I can set goals a little bit higher for the next,” he said.

The international world discovered the Messing pulse at the Olympics, but the Alaskan-born skater said he’s ready to be Canada’s leading man. “I think I am, he said. “It’s one step at a time right now and right now, I’m just focused on skating and see where it takes me and it if takes me to the top, okay, I’m going to grasp it with two hands. And smile while doing it.”

Every step of his Charlie Chaplain routine was “a blast,” Messing said. “I just can’t wait to continue to improve and to just keep it fun. It’s so much more rewarding when it’s fun.” 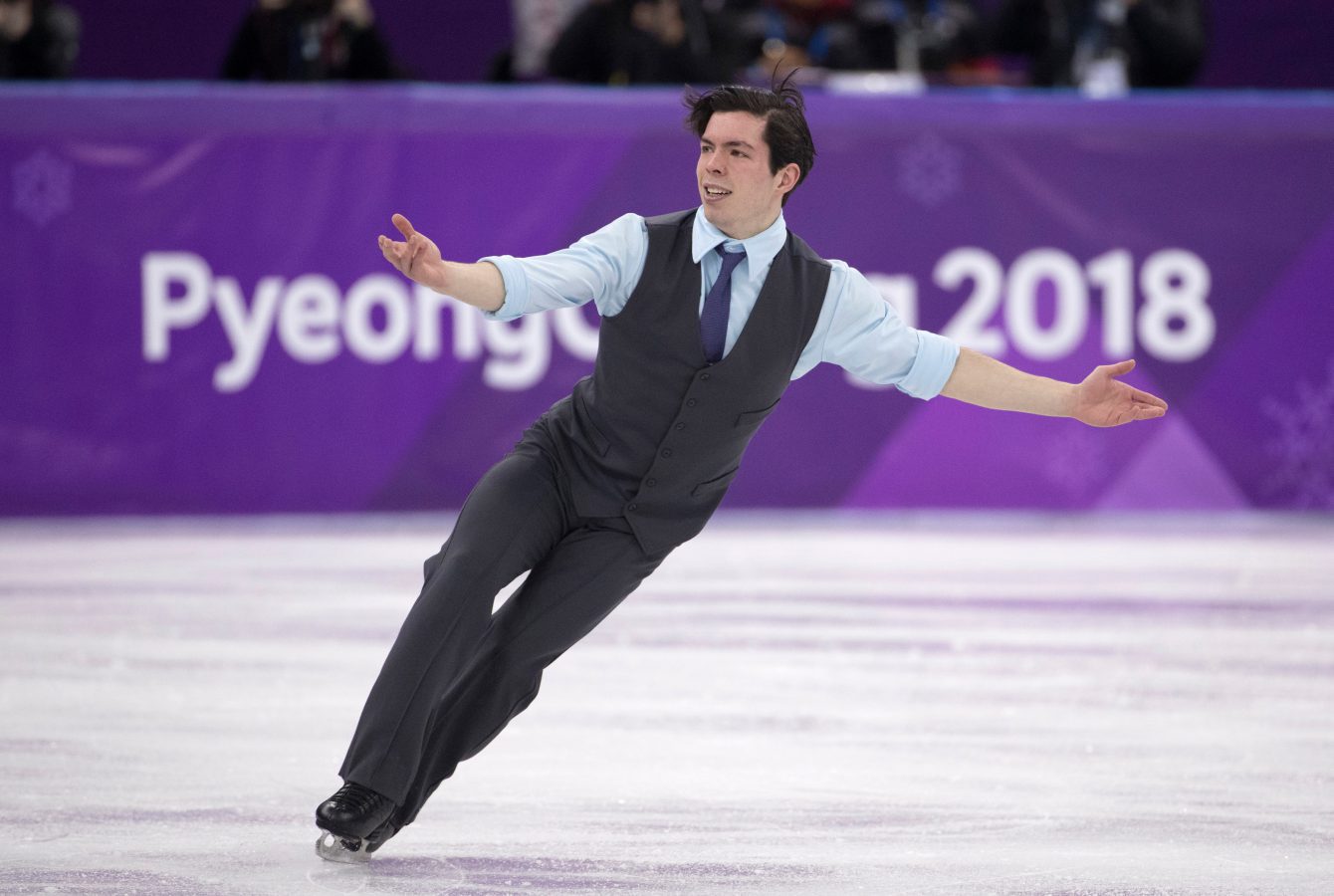 Uno said he was too complacent about his triple Axel, a jump he rarely misses – but he missed it in the short program. “I didn’t take it seriously,” he said. Lesson learned. He did land a quad flip that got oodles of GOE bonus points (3.93) but he also stepped out of a quad toe loop – triple toe loop. He got level three on two spins and his step sequence. 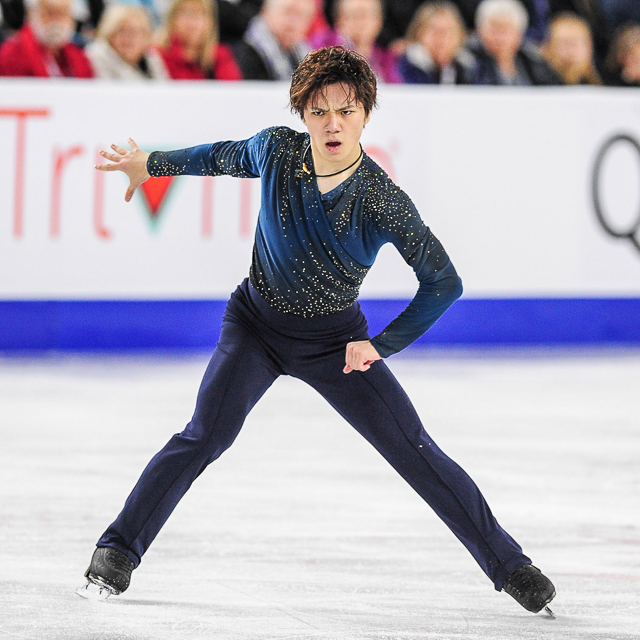 Nguyen’s effort has put a little spring back in his step after Skate America last week. “It was a mixed emotion kind of thing last week,” he said. “The short was not the way I wanted it to be. The long was a better fight.”

He called himself a bit of a “little dummy” for changing things in the second half of a program, haunted by an Elizaveta Tuktamysheva tweet that said the second half of his program was a parody of Nathan Chen’s. “I don’t know,” he said.

He didn’t argue with the underrotation call he got at the back end of his quad Salchow –triple toe loop combination. It cost him .28 points.

“Because I was in the moment when I did the action, I didn’t really think too much,” he said. “I was just so happy because it’s the first quad-triple I’ve done all season.

“But when I saw it on the replay, there was a little bite to it,” Nguyen said. 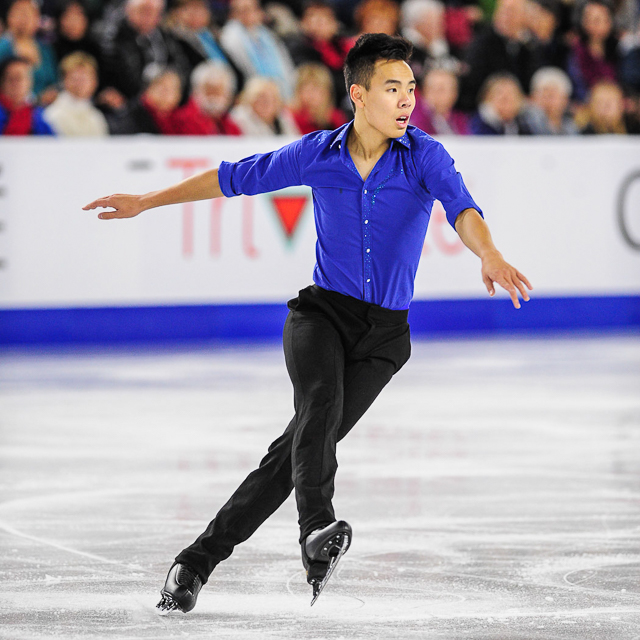 He figures that technicians were more lenient under the old rules for under-rotations, but with the new: “Whack,” he said. “They are crazy. “

He said he has no opinion about the calling of his own underrotation. But “you saw Vincent Zhou last week, poor guy,” Nguyen said. “There were a couple of them that I completely disagreed with.”

Nguyen said his greatest concern was his performance of the program music he chose himself. “I felt like I put out my energy in my performance and I really just connected with the crowd,” he said. “That’s what really matters to me. “

The crowd was loud for Nguyen – a perfect scenario for him. “I thrive off a crowd’s energy,” he said.

It’s been a while since Nguyen has seen a standing ovation. “It just feels insane,” he said.