Karen Magnussen feels like she knows Kaetlyn Osmond.
Now they are members of the same club: Canadian women who have won world figure skating championships. There aren’t many of them, mind: Barbara Ann Scott (1947 and 1948), Petra Burka (1965) and Magnussen herself, in 1973.

Yes, it’s been 45 years since Magnussen won that last world title, until finally another Canadian female found a way to leap onto the top podium, and tower above all others in the world at the global championships. For a lifetime, Magnussen waited to pass the torch. Some came close. Elizabeth Manley finished second at the world championship and Olympics in 1988. Joannie Rochette won the 2009 world silver medal and an Olympic bronze under extraordinary circumstances in 2010. Magnussen won Olympic silver in 1972.

But then along came Osmond, who hails from the opposite coast. Magnussen was from Vancouver, the west coast. Osmond was from Marystown, Nfld. on the east coast. Two girls so far apart in geography, so close in many other ways. They have never met face to face.
Yesterday, Magnussen plunked herself down in front of a television set in California and watched the women’s event with her 91-year-old mother, Gloria. And Magnussen admitted she was on pins and needles.
“She’s going to do it,” Magnussen told her mother. “She’s going to do it!” 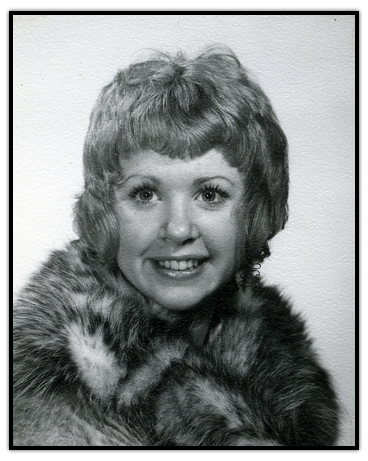 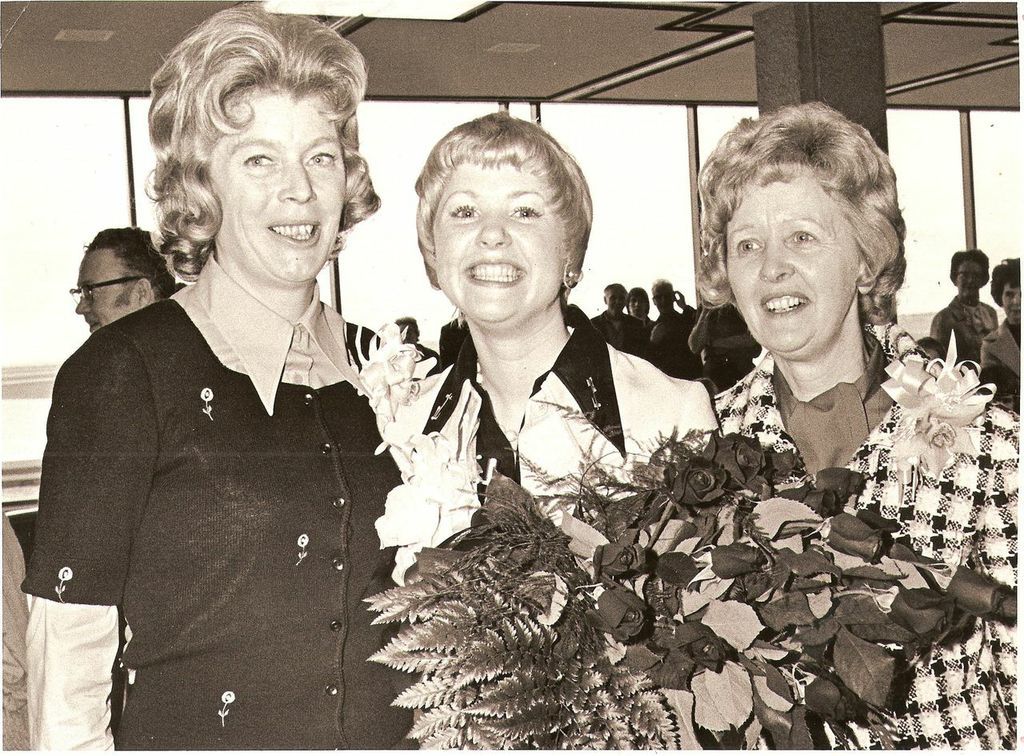 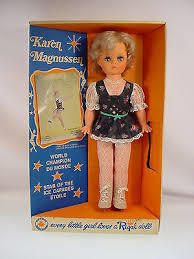 It wasn’t always so certain. Osmond skated first in the final group, something she had not done for some time. She was nervous. She admitted it was so very difficult to rewind herself after an emotional Olympic Games, where she won a bronze medal a month ago. She admitted to suffering a “crash” as many do. The post-Olympic blues, some call it.
She had to pick herself up off the floor and get moving again. She did. She decided she just wanted to do two clean programs and let the chips fall where they may. She had no thought of winning gold. No belief that would be her fate. It was not in her plan.
Osmond finished fourth in the short program in Milan. And when it came time for the free, she felt more nervous than ever. Her warmup was dodgy. She fumbled a little bit with her first two jumping elements during the free. Not badly. A little step out on a double Axel – triple toe loop. A bit of a wobble on the triple Lutz. But this was not really good if she were to make it a trend. The margin for error is slim these days.

She admitted her thoughts were wandering early in the program. But all of the work she has done over the past few years came to the fore. She refocused. And became that swooping, naughty black swan, menacing, powerful. And you have to see her skate in person to know just how that looks. She finished with a total of 223.23 points, well short of her Olympic total of 231.02.
Would it be enough to stave off the 15-year-old Olympic champion Alina Zagitova, who had rarely put a foot wrong all year, who seemed youthfully invincible? And Carolina Kostner, skating at home, who had suddenly thundered into Milan like a force, leading the short program with a personal record of 80.27? And with so many Italians dreaming of another world title? Osmond had been 7.54 points behind Kostner, 6.78 behind the Olympic champion.
Like I said, Magnussen was on pins and needles. She wasn’t alone.
Osmond had to sit and wait after she skated. The rest was out of her control. She said she felt even more nervous, having to watch. Her hands shook as she fingered her boot laces.
First, Maria Sotskova, who had a personal best free skate score of 142.28 in her arsenal, came out. She fell on a triple Lutz, and just failed to gather bonus points on most things. Her fate? She finished behind Osmond, with 124.81 points for the free, 196.61 overall. Ninth in the free, eighth overall.
Gabby Daleman had defeated Osmond at the national championships, but she had hurt herself in practice the morning of the free skate in Milan and was in pain. She managed to finish ahead of Sotskova with 125.11 and 196.72 overall, eventually finishing eighth in the free, seventh overall.
Satoko Miyahara, a former world silver medalist, like Osmond, had to take a backseat, too, to Osmond’s fierce free score of 150.50. And the Japanese Tiny Queen – as she is called – fell short, ending up with a bronze medal. Osmond was still safe.
And then things got wild. Zagitova, with personal best scores of 158.08 for the free and 239.57 overall, started chalking up all sorts of bonus marks for her first three elements. And then she fell on the first part of her triple Lutz – triple loop combo, the most difficult that all women do. Shock.
Then she attempted a double Axel-triple toe loop, something that should be child’s play (literally) for her. She landed on two feet and fell. Shock.
Her triple flip-double toe loop – double toe loop was a struggle, with rotations not high, not covering the ice, all on the spot. She lost minor fractions of a point. Then she fell on a triple Lutz – triple toe loop that she was attempting to do to make up for the loss of the early Lutz comb. She fell. Shock.
She came off the ice in tears before the bad news came: only 128.21 for the free, about 30 points less than her best. And only 207.72 overall, about 32 points less than her record.

Zagitova wasn’t equipped to speak or deal with it. Her coach Daniil Gleikhangauz said: “We want to apologize to all fans that support Alina. She is only 15 years old and this was her debut at the world championships. Unfortunately, she was not able to deal with her nerves. We coaches ourselves don’t understand what happened. She never skated poorly like that. We’ll analyze it and continue to work.”
Russian diva coach, Tatiana Tarasova, who was commentating for a Russian network, had her own ideas. “Since the Olympic Games, [Zagitova] had grown by three centimetres,” she said through translation. “She does not understand this, but there is no puberty. Just need to eat less. When you grow up, the muscles just do not keep up with growth and coordination is lost.”
A documentary in Russia about coach Eteri Tutberidze’s club, with its explosion of female talent showed the girls weighing themselves regularly, with last year’s world champion Evgenia Medvedeva explaining that if you wanted to jump with success, weight was a disadvantage. They carefully watch what they eat.
It was all a bitter pill to swallow for Zagitova. The tiny Olympic champion ended up seventh in the free and fifth overall. Suddenly, the competition opened up, vastly. Osmond sat in the green room with coach Ravi Walia and the light began to dawn.
But what about Kostner, who finished fifth at the Pyeongchang Olympics, a 31-year-old who seemed impervious to time? She was a skater that everybody wanted to see win, with her pure personality and exquisite artistry.
It did not go well with Kostner.
She doubled her first triple Lutz. She changed combinations. She  missed a double Axel sequence. She fell on a triple Salchow. “Long day, long wait,” said long-time choreographer and guardian angel Lori Nichol to her in the kiss and cry. Kostner finished with 128.61 points, fifth in the free, and a total of 208.88 overall, enough for fourth.
Earlier, Wakaba Higuchi, a 17-year-old from Japan, who was fresh from having missed the Olympics, skated lights out, and pressed Osmond the most with a 145.01 free, and a 210.90 final, good enough for a silver medal.
But the demise of Zagitova and Kostner elevated Osmond, who had met all the challenges of a post-Olympic world championship, to the win.
“What the heck happened with the ladies?” tweeted French ice dancer, Gabriella Papadakis, echoing what most of us thought.
Osmond won the gold medal by 12.33 points. That’s a bit of a landslide. A slam dunk.
Reactions came from all over. “I love Kaetlyn’s skating and have always been a fan,” said Canadian 1970s star Lynn Nightingale. “I love her power. The launch of her jumps. The flow in and out of the jumps, and her saucy portrayal of her character. I am so happy that an ‘old fashioned’ skater is the world champion.”
“I am so excited, I feel like I just won worlds!” tweeted Meagan Duhamel, who retired after taking an Olympic bronze medal a month ago.
“Frickinamazing,” said Eric Radford in a tweet hashtag.
And Magnussen witnessed it from afar. She was thrilled beyond measure.
There are so many similarities between the two, even though their wins are separated by 45 years.
Magnussen’s career was almost scuttled by stress fractures in both legs on the eve of the 1969 world championships, which she had to miss. There are photos of her in a wheelchair. “It was a serious injury,” she said, recalling how she spent three to four months off the ice. “I had a pain that felt like a sledgehammer was hitting me in both legs,” she said in her book “Karen: The Karen Magnussen Story,” published in in 1973. Many thought that was the end of her career. 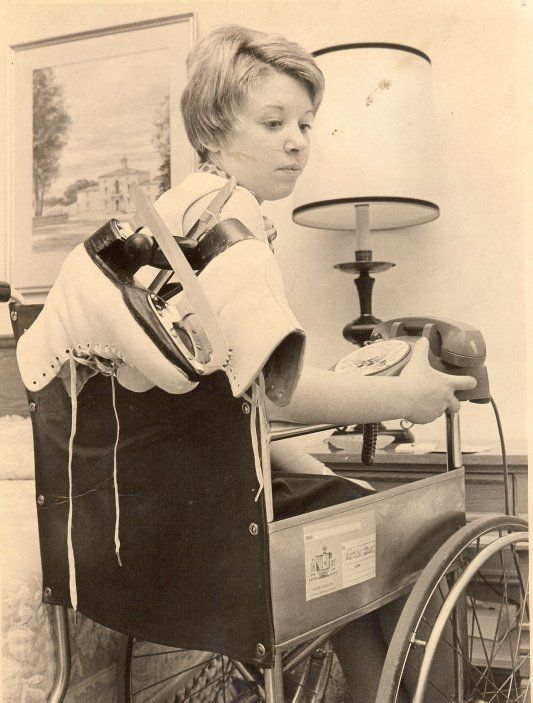 “What are they talking about?” she thought. “What do they mean?
“The idea of coming back never left me.”
Osmond faced the same thing when she broke her right fibula in September, 2014. She missed the rest of the season, and Walia coaxed her back onto the ice by degrees. She considered giving it all up when she was only 18.
Magnussen knows Walia, who is a native of Vancouver, and who studied under Magnussen’s first coach, Dr. Hellmut May and then her subsequent coach Lynda Brauckman.  Both are members of the Canadian Figure Skating Hall of Fame.
Now Walia, as coach of a world champion, is continuing the heritage. “He’s the second coach from British Columbia to have coached a world champion,” Magnussen said.
“I’ve always kept in touch with him,” she said. The emails fly back and forth.
Although she has never met Osmond, she contacts her by email as well. She was not able to attend the Canadian championships in Vancouver last January, because she has not been allowed in a rink for 6 ½ years. In 2011, she received a blast of ammonia from a malfunctioning refrigerator unit at a rink where she worked and it has permanently disabled her.
“We email a lot,” Magnussen said. “I feel like I know her. It’s special. She’s so beautiful and talented and lovely. What a representative for Canada. She’s a sweetheart.”
Now skaters are doing all the things that Magnussen and Brauckmann created so many decades ago. Magnussen used to do a layover camel spin, twisting her torso. Now skaters use that move to get better marks in this newer scoring system.
Magnussen also used to do a layover layback, taking it first to the side and then into a full layback. Lots of people do that now. “I was doing things that nobody did,” Magnussen said. She did flying sit spins. A lot of the things that she did at the 1968 Olympics, her coach had to seek permission to allow her to do them.
“We were always inventing things,” Magnussen said. “I’d do a flying spin off an Ina Bauer.”
For now, Magnussen’s heart is gladdened that history has finally repeated itself after so many decades. “It’s wonderful to pass the torch to her,” Magnussen said of Osmond. “I could just hug her.”