You are here: Home / Uncategorized / If I Only Had a Moustache
Tweet
0 Shares

Julianne Seguin and Charlie Bilodeau are preparing for their first senior world championship with a big hairy problem.
After taking the silver medal at the world junior championships, yes, they are training intently, working on every element, making sure the senior version of their programs are up to snuff for Shanghai.
And Bilodeau is working as hard as possible, trying to grow a moustache for their short program on Wednesday. And that hirsute pursuit may be his hardest job.
Bilodeau wears a moustache for his portrayal of concierge Gustav H. as he and partner skate to music from “The Grand Budapest Hotel,” a 2014 comedy. In fact, Bilodeau’s costume is an exact replica of Gustav’s garb in the movie. Gustav is known for his first-class service to guests, wink, wink, nudge, nudge. And he never stops smiling. Neither does Bilodeau during the routine. But in the weeks leading up to the short program, he may be gritting his teeth, hoping the fur on his upper lip will sprout as quickly as possible. 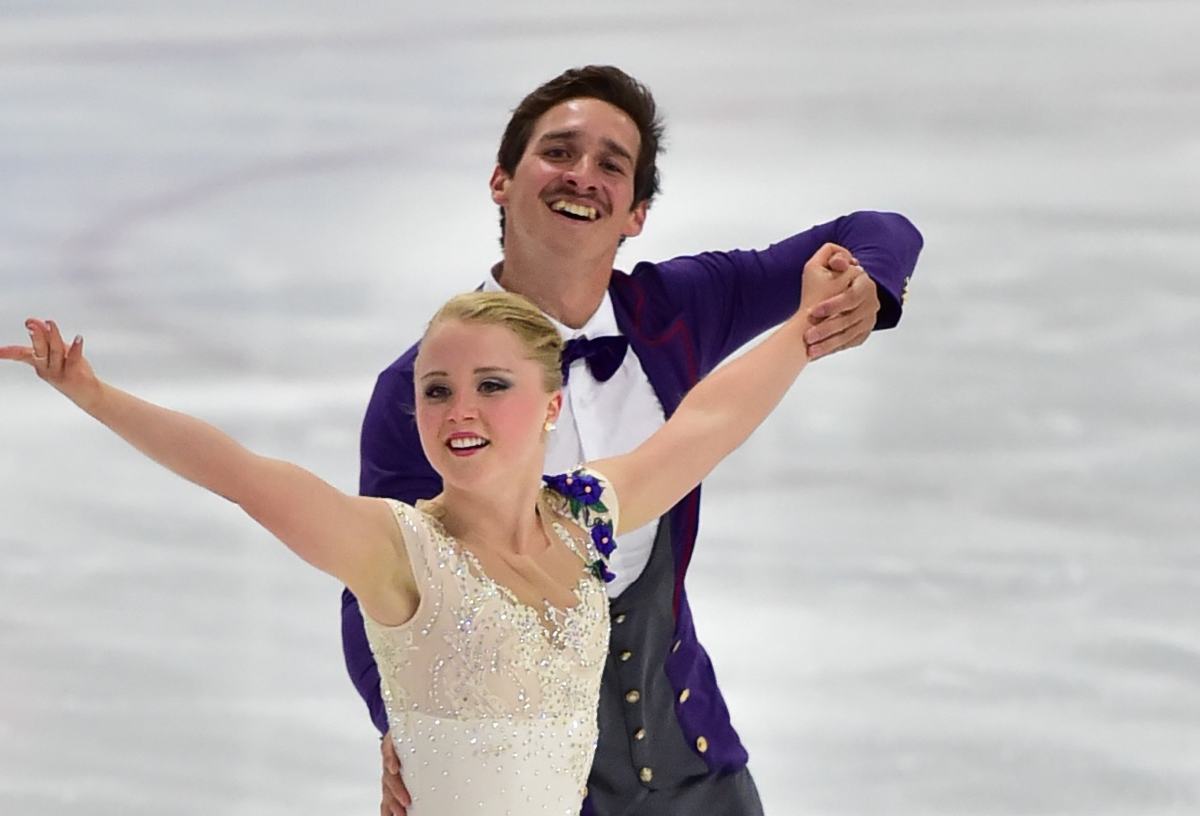 “How long did it take to grow that moustache?” he was asked earlier this year.
“Too long,” he said. Say, two, perhaps three weeks. He was spotted aboard his flight to Shanghai with what looked like a sparse version of a toothbrush beneath his nose. Hopefully the Shanghai air will help.
The problem is, the 21-year-old Bilodeau just doesn’t grow facial hair like say, Pancho Villa or Tom Selleck, or Hulk Hogan or Snidely Whiplash. Lord, it takes time for him. And after every short program, he shaves off that moustache for his long program. And then for the next competition he has to start all over again.
At issue is the short time between junior and senior world championships this month. It will be a race to the finish. “Maybe a costume one,” says Seguin, helpfully.
He has one ace up his sleeve: to help things along, even when he’s had lots of time to germinate the stash, he’ll add a little makeup to make it thicker. “My secret,” he said. (Not anymore.)
Well, so what? If truth be known, the moustaches of Groucho Marx and Charlie Chaplin were artificial for most of their careers.
Speaking of artificial moustaches, Seguin and Bilodeau have made the moustache a trademark of their very successful season. Even assistant coach Marc-Andre Craig sports a fake moustache during kiss-and-cry sessions.  Coach Josee Picard, who obviously has a funny bone beneath that serious  exterior, came up with the idea of skating to the moustache song from the 2014 comedy “A Million Ways to Die in the West.”
For their exhibition at the Grand Prix Final, Seguin and Bilodeau used a routine from last season. But Picard wanted something special for the Canadian championships. A week before the event, Picard thought: “It’s the perfect timing, and the perfect place for that music.” It was as if a lightbulb went on in her head.
They finished the routine the day before they left for Kingston, Ont., for the championship. And so much the better when they won the bronze medal at the championship and earned their way to Shanghai.
Seguin and Bilodeau come out in the gala with both their faces covered by neckerchiefs, so very western.  But very soon, the neckerchiefs were dropped, revealing both of them with fake, matching moustaches. (Bilodeau really didn’t have time to grow one after the long program this time!)
“You may long for love,” the song goes.
“You mustn’t all despair
For there’s a secret you should know
To capture the hearts of the fair.
You may not have the looks.
You may not have the dash
But you win yourself a girl, if you’ve only got a moustache.
A moustache. A moustache, if you’ve only got a moustache.”
Truthfully, research has shown that women find moustachioed men more attractive than clean-shaven ones. They don’t say what style of moustache works best on the opposite sex. Every year, somewhere, there is a world moustache championship and organizers have categorized them all: Hungarian (big and bushy); Dali (as in surrealist artist Salvador Dali, who published a book dedicated solely to his distinctive moustache), English (long and pulled to the side, curling upwards slightly); Imperial (ending in impossible curlicues); chevron (think Tom Selleck), Fu Manchu, Pancho Villa (thick and droopy), handlebar (self-explanatory), pencil (Gomez Addams on the Addams Family shows), toothbrush (Charlie Chaplin) and walrus (Mark Twain.)
And who can forget Movember, when men around the world during November grow moustaches to raise money for research into men’s diseases? They are called Mo Bros. and there are Moscars, too. Really, this moustache thing is getting quite out of hand.
The world record for the longest moustache belongs to an Indian man who avoided the shaving brush long enough to grow one 14 feet long.
Thankfully, Bilodeau isn’t in that contest.