For a time, Mootae, a short-legged little dog with a mix of Dachshund blood and a pair of curious eyes, padded about a modest little temple in South Korea, following every step of his saviour, a Buddhist nun to her meditation, and her prayers.
Now Mootae has a new saviour: two-time world pair champion Meagan Duhamel, who brought him home with her last month after competing at the Four Continents championships, the Olympic test event in Pyeongchang, South Korea. Now Mootae shadows Duhamel everywhere she goes, at her Montreal condo. 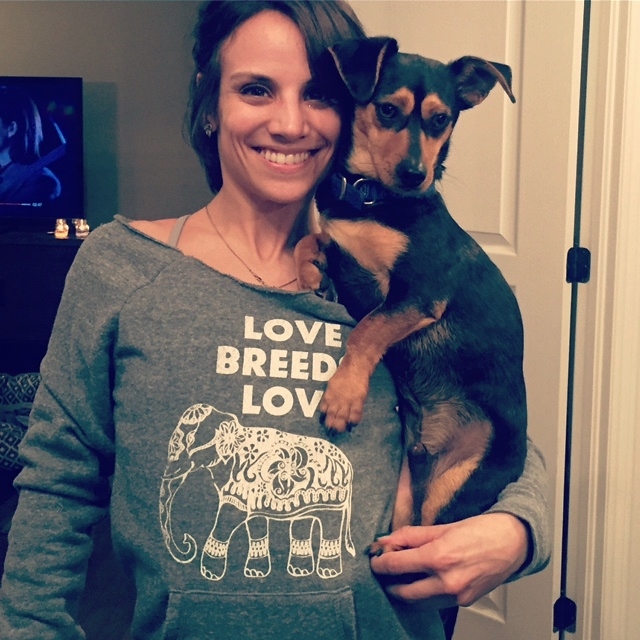 Duhamel and Mootae. All photos courtesy of Duhamel

Mootae has come a long way to be safe. He was destined to die a horrible death and to be somebody’s dinner in South Korea, which, according to the Humane Society International, currently houses about 17,000 dog meat farms. Although dog meat is also consumed in other Asian countries, South Korea is said to be the only one with established dog meat farms.
The approach of the 2018 Olympics – less than a year away – has rekindled the debate on eating dog meat again in the Asian nation. It became an issue during the 1988 OIympics in Seoul, when surveys showed that 25 per cent of Koreans ate dog meat. Since then, attitudes have changed, with opinion polls suggesting that dog meat consumption is relatively low now, with 27 per cent of people having eaten dog meat within the last 12 months and of that 27 per cent, most (86 per cent) have eaten it only once or twice. “It’s clear that only a few Koreans eat dog meat on a regular basis,” said Humane Society International spokesman Raul Arce-Contreras.
However, he says dogs are still being raised for meat in terrible conditions and killed in inhumane ways. Killing methods are typically electrocution, but beating and hanging also take place.
“Over all the years I’ve travelled to Asia, I’ve often heard when we’re in China or Korea, that they eat dog meat,” Duhamel said. “I know that in China there is a huge dog meat festival every summer. I never put much thought into it, other than thinking this was disgusting and terrible. But unless people raise their voices and do something, nothing is going to change. And the dogs can’t speak for themselves.” 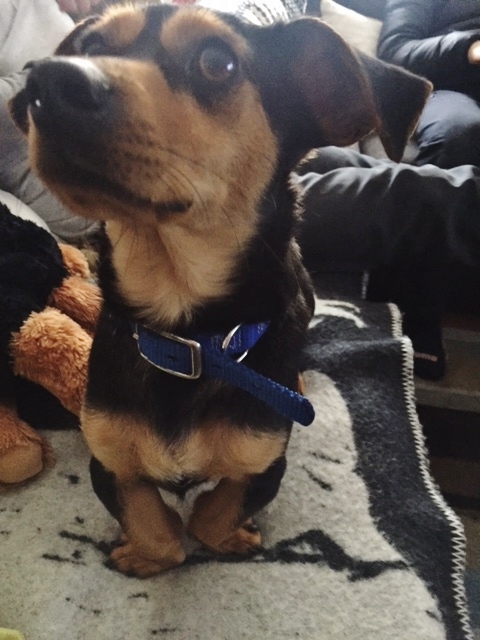 North Korean leader Kin Il Sung ate dog meat twice a day, with CIA files showing he demanded dog because he thought it would keep him virile. Multiple Olympic gold medalist archer Ki Bo Bae started eating dog meat when she was in highs school, according to a post by her father, who attributed her success to the practice.
In 2003 Korean professional baseball player Dae-ho Lee refused to eat the dog soup that all of his teammates ate. The team coach believed dog meat gave the team its stamina and strength.
However, the practice has grown increasingly out of favour among South Korea’s younger generation. Many are unaware of the extent of the suffering experienced by dogs. The Olympic archer’s revelation  about eating dog meat resulted in a mixed reaction, but a social media backlash.
Park says she does not advocate aggressively wagging a finger at dog farm owners for their practices. Rather, she stresses education and pointing them toward other agricultural opportunities.
The issue isn’t restricted to South Korea. An estimated 30 million dogs are brutally killed each year primarily in Asia: China, Vietnam, Indonesia, Laos and others.
In January, the Humane Society International succeeded in rescuing 200 dogs from a dog meat farm in Wonju – their sixth dog meat farm closure in South Korea. Overall the society has rescued 770 dogs since January 2015 as part of a campaign to end the farms across Asia. It is pressing Gongwon province – in which Pyeongchang is located – to phase out the dog meat trade before the Olympic Games start.
EK Park, whose rescue organization Free Korean Dogs has saved 250 dogs over the past 1 ½ years, says 25 per cent of Koreans also own dogs as companion animals. She has friends who go to a restaurant that serves dog meat a couple of times a month. “So in their mind, there are two different kinds of dogs,” Park said. “That’s where we are trying to bring change. There is no such things as dogs you can eat. They are great companions, probably the best creatures on the earth. So they deserve better.” 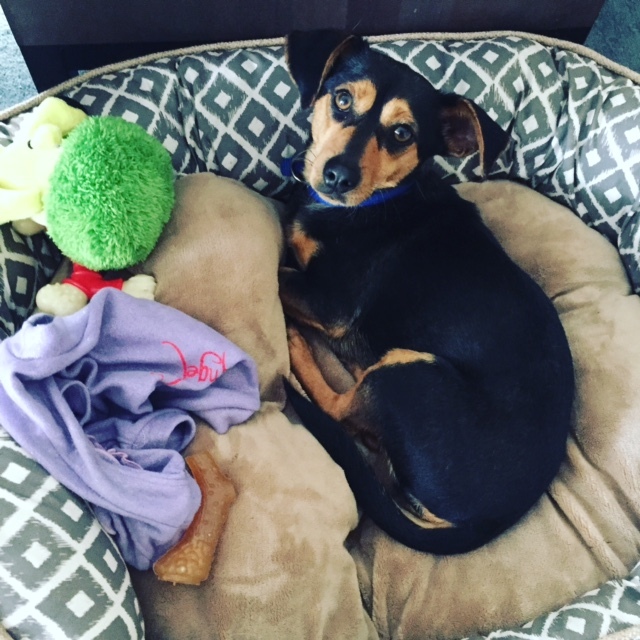 Working on a documentary about the issue, Park said she has been told by some dog farm owners that their children and grandchildren would no longer wished to visit. Often a son or daughter leads the farmer to give it up. Some dog farms have been in families for generations.
Park, born and raised in South Korean, came to Toronto about 14 years ago, and now operates a media company with her husband. Two years ago, she returned home to visit her parents, and saw four men trying to hang a dog on a bridge in front of her parent’s house. She knew about the practice of eating dog meat, but after being away for years, she had forgotten about it. Te sight horrified her and brought her to tears. She knew she must do something.
Park’s organization linked Duhamel with Mootae. Duhamel heard about Free Korean Dogs from Humane Society International, and phoned the Toronto organization up the month before she was to compete at the Olympic test event in Pyeongchang. Initially, Duhamel donated $200 to the group. Then, when she realized that Free Korean Dogs always needed volunteers who would fly with the dogs leaving Korea, she volunteered to bring back one for Korea for somebody to adopt.
A week later, she thought: “Why would I just hope somebody adopts them? Why wouldn’t I just take him?” 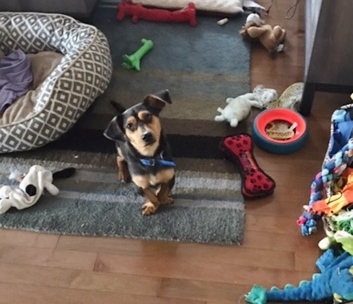 Mootae, with more toys than he has ever known.
Duhamel and her husband Bruno Marcotte already own a rescued dog, a beagle called Theo, saved from North American animal testing labs, which favour the breed because of their docile nature and eagerness to please. When they got Theo, he was seven months old and had never lived in a house. They had to train him completely. “That was quite the process because he was very stubborn,” Duhamel said. “But he’s turned into an amazing dog. He is so loving. He’s very active, but he’s also very lazy. He doesn’t want to wake up in the morning. Sometimes I have to drag him out of bed for his morning walk. He covers his eyes and moans and groans.”
Because Theo is a sizable pooch in a small condo, Duhamel did not want to choose a large dog from Korea. The Free Korean Dogs website showed three small dogs, with profiles, one of them showing Mootae at a Buddhist temple. “I thought maybe this dog had some beautiful spiritual energy,” Duhamel said. “I would love to bring that to my life and home. That’s what really drew me.”
She thought perhaps his name, Mootae, also signified something spiritual and zen. Park had to tell her that Mootae simply meant: “Not Big.”
Park engineered the adoption, driving eight hours from Seoul to pick up the dog, then delivering him to Duhamel in Pyeongchang. She stayed with the nun, saw the 60 dogs she was harbouring and the size of the temple and laughed: “No room for Buddhas!”
If Mootae is a spiritual dog, he clearly speaks with his eyes. “He’s an extremely calm and confident dog,” Duhamel said. She brought him back to Canada with another dog, a female poodle named Sara for an adopter in Toronto. Sara was all nerves. Mootae was her rock. He took care of her.
After Mootae took up residence with her in Montreal, Duhamel discovered he was extremely playful. He’s already annoyed her cat, Zara. “She’s not too sure of him,” Duhamel said. “He’ll chase her and want to play. He’s learning his boundaries of who he can play with and who he can’t. “
He’s also annoyed lazy Theo, who is not that playful. Now Theo has adjusted and plays, and even lets Mootae lay on top of him. Mootae has come to love Theo. Mootae watches him all the time. 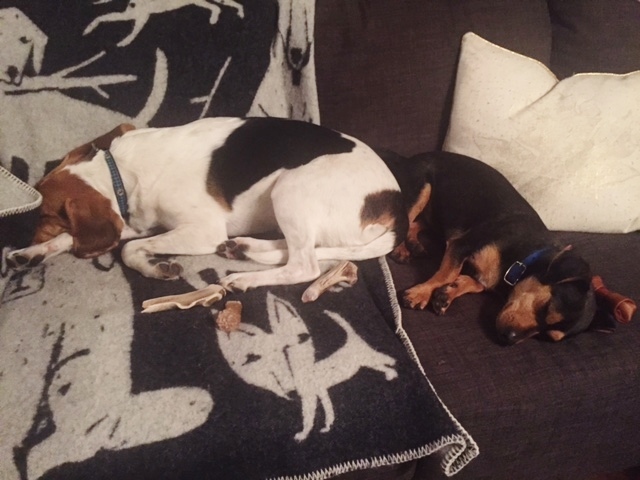 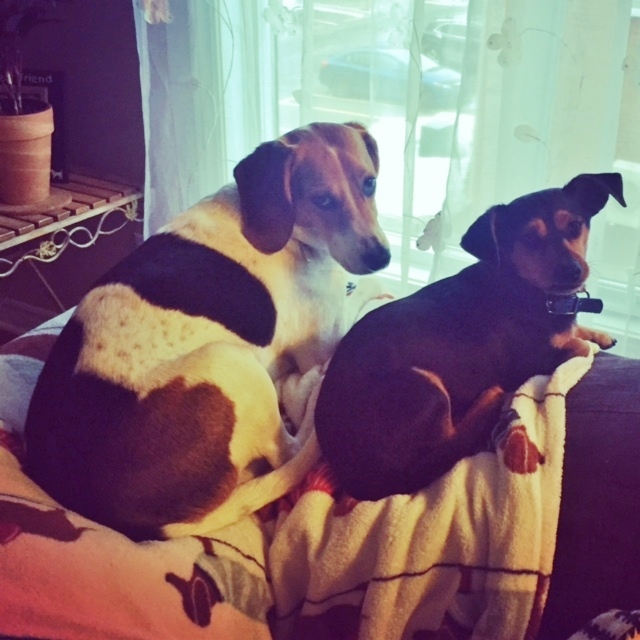 Mootae has also had to adjust to English commands, rather than Korean. And he’s had to adjust to cold weather. It’s been a challenge for him, trotting over the ice and snow.  He tries hard to learn. His eyes are always bright and alert. He has soulful eyes.
Duhamel has long been saddled with regret that she did not adopt one of the stray dogs of Sochi. Several U.S. athletes brought home the dogs that were being slaughtered. “They were all over,” Duhamel said. “Some would be in the athlete’s village where we lived and I would try to give them food and water. But they were always so scared. And then we were being warned to stay away from them because they didn’t know what diseases they had. But how can you stay away from these stray dogs that just look so lost and troubled in their eyes?”
When she heard of the American athletes who adopted the dogs – snowboarder Lindsay Jacobellis was one of them – and took them back to the United States, Duhamel thought she had missed a chance. “That would have been so amazing if I could have helped to do something like that,” she said. “So now this is my second chance to help these dogs.”
Duhamel may bring back another dog after the Olympics next year. And it may not stop there. Duhamel, who is a vegan, knows that cattle and pigs – even in western society – suffer. “I don’t want any animals to be harmed. I don’t want our farms to slaughter any animals,” she said.
“If I could, I would rescue pigs and cows from these places as well. “
And because they probably all won’t fit in her condo, Duhamel realizes she may need to have a farm. She would like to create an animal sanctuary some day.