You are here: Home / Uncategorized / Donald Jackson and the Maltese Cross
Tweet
0 Shares

Donald Jackson is many things: the 1962 world champion; the first man to land a triple Lutz in competition; and a 76-year-old show-off.
Furthermore, he’s a painter on ice. That’s because he’s one of the few skaters in the world who knows how to do a Maltese Cross, a “special figure” that harkens back to the turn of the 20th century.
Although Jackson will work as one of a storied group of judges at the second World Figure Championships at the North Toronto Memorial Arena in Toronto from Dec. 19 to 23, somewhere along the way, he’ll find a patch of black ice and lay down frosty white lines that suggest a historical cross. 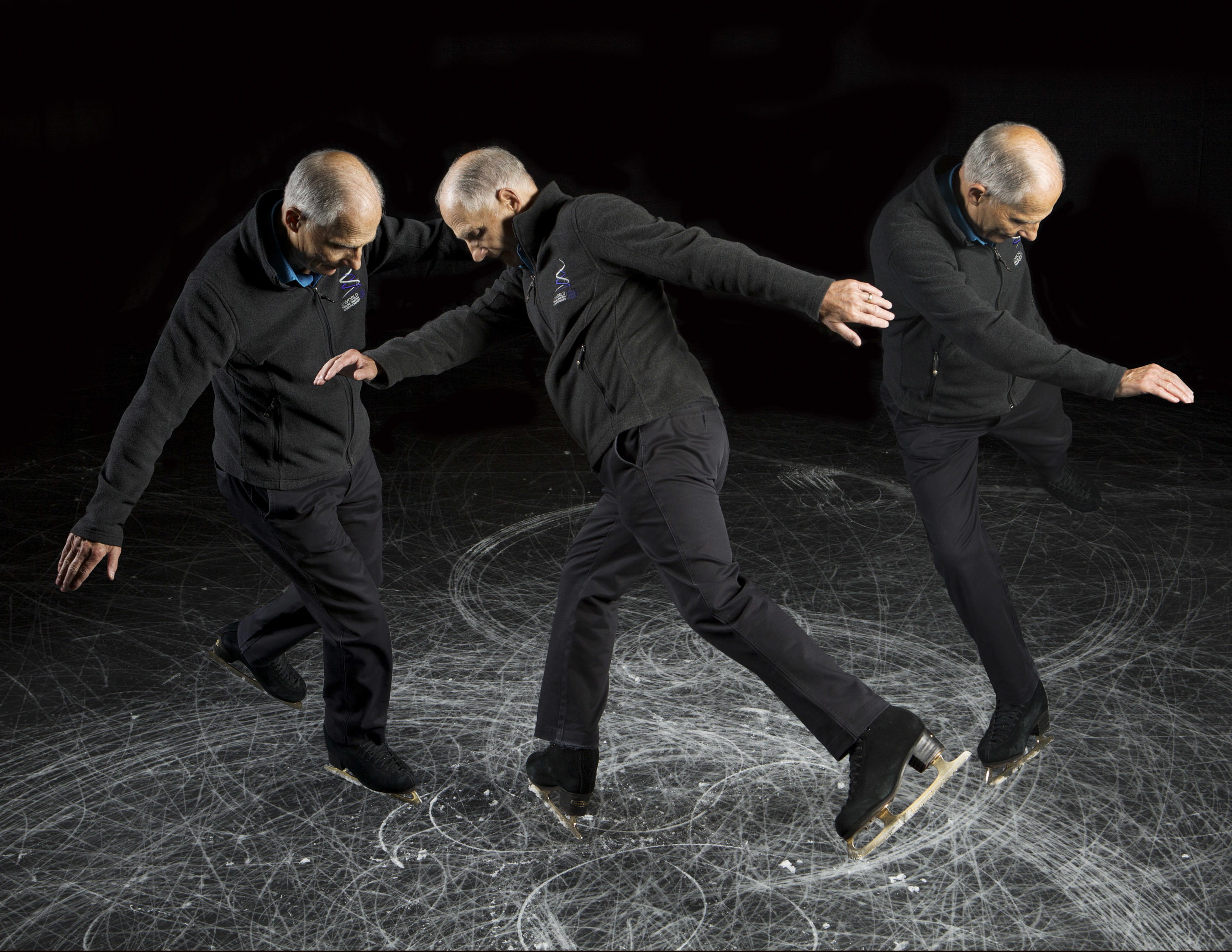 The actual Maltese Cross has been associated with the Order of St. John since 1567 and currently is the most cherished symbol of the people of Malta, a tiny island in the Mediterranean Sea. The cross is star-like with four equal-length arms, joined in the middle at their pointy tips. It was such a cross that led the crusades.
Jackson is almost a one-man crusade when it comes to this difficult figure. The only other skater who does them is fellow Canadian Gary Beacom, twice a national silver medalist behind Brian Orser in 1983 and 1984, a world professional champion, a Masters champion and a master of edges.
Beacom learned the Maltese Cross from Jackson many decades ago. “I’m not sure I have mastered it,” he said. “But I use parts of it in my choreography for adult competitions.
“Like any difficult skill, it takes balance and timing to master,” said Beacom who will compete at the world figure championships, do two exhibitions of his iconic “I’m Your Man” routine (music by Leonard Cohen) and offer seminars.
Jackson doesn’t find the Maltese Cross difficult at all, even though it’s all done on one foot, which makes it even more challenging. He said he used to add a little loop at the top just for fun, when he was younger, but he can’t do that anymore. Now, he’s back to just the basic mind-numbing task of drawing that figure.
Special figures go well beyond tracing versions of a figure eight, the figures seen in international until 1990. These “special” ones require a combination of edge and balance skills and some are exceedingly complex. Skaters still traced them back in the 1930s when Gilles Grafstrom, an elegant Swede that won three Olympic gold medals, turned them into an art form. He is considered the greatest tracer of figures that ever lived. Grafstrom had a collection of at least 50 special figures that he would do.
Trixi Schuba, of Austria, the other figure kingpin and the 1972 Olympic champion, never tried a special figure.
Jackson has been doing the Maltese Cross for so long, he can’t remember when it all started. He took lessons from French-born Pierre Brunet, who knew about such things. “I don’t know whether he taught me or whether we were playing around,” he said. But it was a challenge for him.
“It’s really about rhythm after all,” he said. “A nice soft knee and rhythm. I can make them big. I can make them small. I think it’s good for skaters to be able to do things like that.”
The World Figure Sport Society is trying to make that happen, with seminars and educational tools. Last September, in Toronto, the society invited Jackson to teach the Maltese Cross at a workshop called: “Figure It Out.”
This year, the society requires competitors to do a Swiss S, during the special figure competition. It’s a figure that hasn’t been competed in 80 years and features a host of stops and starts and sliding forward and backward. It’s official name is the “bracket stop bracket.” Swiss champion Hans Gerschwiler, a world champion who finished second to Dick Button in the 1948 Olympics, taught the figure when he came to North America to coach. And he taught it to World Figure Sport Society president Karen Courtland Kelly years ago.
“These are all wonderful little gems that we are uncovering,” Courtland Kelly said.
The last time that Jackson did a Maltese Cross was last Friday at a rink in Oshawa, Ont., where he skates during an adult session. Some of his peers skate around the outside of the ice surface. Jackson finds a spot of blue ice near a goal post and lays down his Maltese Cross.
Because Jackson does it often, one of his skating mates stopped to doff his hat: “Don, that’s your mark of excellence,” he said.
https://www.youtube.com/watch?v=xJvgWfMQSRY
Christian Hendricks, a U.S. competitor at the first world figure championships last year, practicing a Swiss S.