In the early days, Sui Wenjing and Han Cong did cute. They were cute. They bopped around the ice doing country dance one year, he clad (depending on the competition) in chaps, plaid shirt, fringes, faded  jeans, boot covers that suggested spurs;  she in red gingham and a little girl smile. They did Kalinka, too, charming folk with their peppy routine and colourful garb. 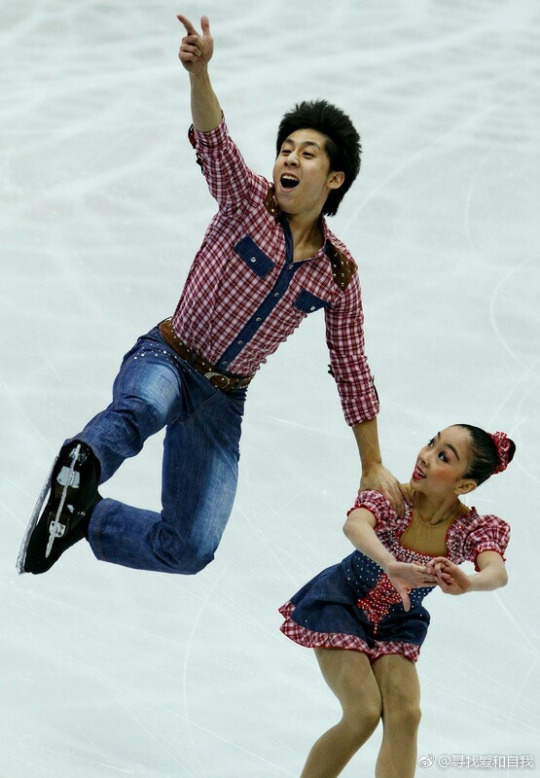 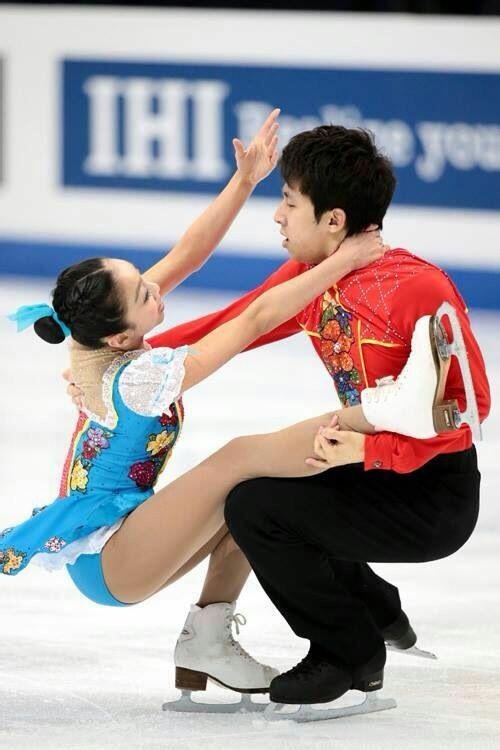 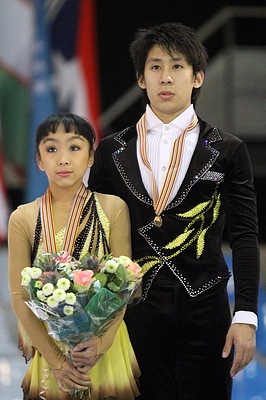 It was perfect. Both were tiny. Physically, they haven’t grown much. Emotionally, they have. They’ve had to. Life does that to you. Over the past few years, they’ve felt pain, disappointment, fear, disillusion. And all the bleakness of a landscape with little hope.
So, they stunned everybody by winning the difficult Four Continents championships a month ago, in their first competition in a year, their only performance this season. They tossed out a quad twist. (They were, after all, doing this very tricky move when they were juniors.) And their performance, to the beloved Simon & Garfunkel tune, “Bridge Over Troubled Waters” was mature, heartfelt. It was the story of their lives.

“When you’re weary, feeling small,” the song goes,
“When tears are in your eyes
I will dry them all
I’m on your side
When times get tough
And friends just can’t be found
Like a bridge over troubled water
I will lay me down.”
It’s a miracle that they are still skating at all, because of Sui’s dire history of injuries. Sui and Han resorted to the big tricks to climb the ranks, but they have cost the pair. Sui missed most of the 2013-2014 season because of severe epiphysitis, a condition caused by the crushing impact on her young bones.
She had also severed a few ligaments along the way – a lateral collateral ligament – a problem that continued to plague her. While they couldn’t train on ice, they still worked on upper body strength, with Han carrying his tiny partner piggy-back style to the rink. Somehow, Sui competed, relying on the power of her muscles to do the actions she needed to do. And sheer will. “I can’t not skate, just because they hurt,” she said. 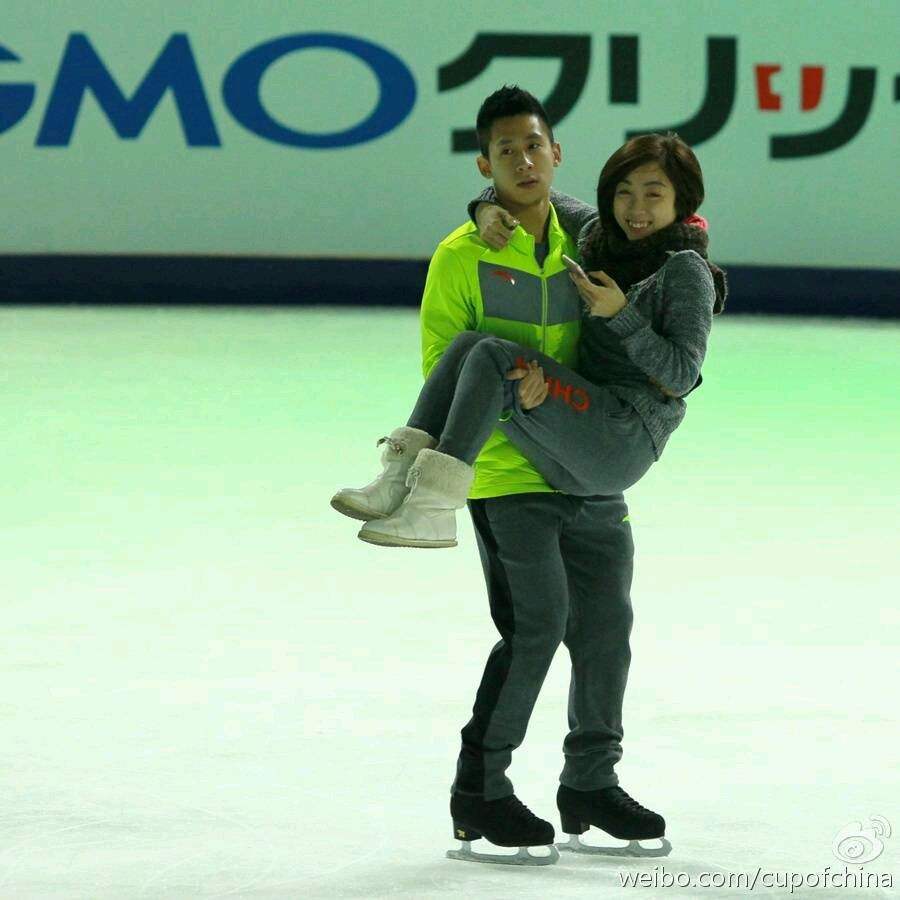 It’s not a surprise that when Sui was a singles skater, others gave her the nickname of Lui Hulan, who was a young female spy during the Chinese Civil War. She was beheaded at 14, but became a symbol of courage for the Chinese people. Sui was always fearless.
When Sui and Han won their three junior world pair titles, they were doing quad twist and quad throws. They did a throw quad Salchow at the 2012 Four Continents, but set it aside until last season, after having seen Meagan Duhamel and Eric Radford use one to win worlds the previous year. They landed their first throw quad Salchow in four years when they won their third Four Continents title a year ago.
They also landed a quad twist in their free program in 2016, even though Sui had fallen on a throw jump and hit her head in training before Four Continents. The fall affected her sight. She couldn’t see very well out of her left eye. They trained sporadically before the event  – Sui also fell ill with the flu before the Four Continents. Zhao told them to do every element the best they could. “In daily training, he always tells us not to have any regrets,” Han said. “So we don’t want to have any regrets in our training and we want to challenge ourselves and surpass ourselves in the competition.”
Just before the free skate at Four Continents, they decided to try the throw quad Salchow, whether they succeeded or not. They knew it would be good experience to try it in competition before the world championships. They didn’t execute the quad twist as well.  They landed it, but lost a few levels of difficulty. Perhaps the consistency with which they had been doing the quad throw helped: Han said before Sui’s injury, they had a 90 to 95 per cent success rate doing them. In the three practice sessions before Four Continents, they had landed less than 10. They figured they were only plugging along at 50 per cent capacity.

Then by the time of the world championships, coach Zhao said the eye issue was resolved. And when they finished second, Sui and Han appeared happily surprised by their marks and what they were able to accomplish.
With all of the stress Sui puts on her feet and ankles, she also injured an Achilles tendon during training in November of 2015, just before Cup of China, causing the team to withdraw from the Grand Prix Final. It was on her right foot, her landing foot, which impacted her training. Also, the supporting ligaments on both sides of her foot were completely severed. Her joints were also not very stable. They had been training very hard, and the bone trauma was severe. She often twists that foot in normal life. She took painkillers and skated with the injury taped up. They couldn’t really practice throw jumps at all.
Zhao understood better than anyone what she was going through: He had also suffered an Achilles tendon injury and made a very difficult comeback to win Olympic gold in Vancouver in 2010. Somehow, Sui competed with it. She ignored the pain. But she knew she would have to undergo surgery at season’s end. And there would be no guarantee about whether she could come back in tip-top condition. 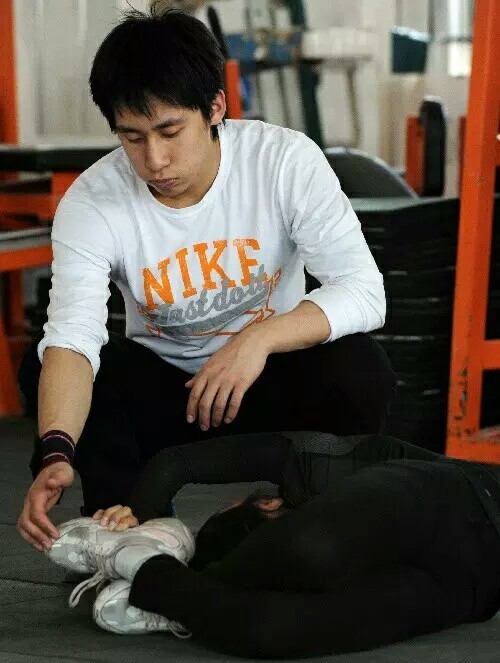 From the Boston world championships, Sui and Han trundled over to Toronto to have Lori Nichol do the choreography for both of their programs for this season. Sui was in such pain, she could not actually be on the ice during the exercise. Someone had to stand in for her.
Her toughest task lay ahead. Sui figured she would have surgery a day after she returned, but the cautious doctors argued with each other about the best way to procede. Finally Ren Hongguo, the head of the National Winter Sports Administration Centre in Beijing, arranged surgery for May 5.
The plan was to deal with injuries in both of her feet at once. According to the China Sports Daily, doctors had to reset a tendon in the left foot and stabilize it with a staple.  Doctors spent three hours repairing the lateral collateral ligament on her right ankle, and it was to take four months to recover. They put in another staple to join ligaments together. And they had to remove bone chips from both the inner front area and outer back area of the foot.
Sui dealt with a swollen ankle afterwards, that sometimes still bled. She couldn’t sleep for the pain. “I couldn’t stand it,” she told Chinese media. “I screamed and cried. It hurt even more on the second day. I cried all day,” she said.
After surgery, she suffered high fevers and her blood work was not stable. She was discharged from the hospital on May 9 to start rehabilitation.
She said later that her surgery lasted longer than normal, so much so that she needed three anaesthetic injections. Han was waiting for her when she got out of hospital, as well as a host of others. She calls Han her “big brother.”
“When you’re down and out,” their free skate music goes.
“When you’re on the street
When evening falls so hard
I will comfort you.
When darkness comes
And pain is all around
Like a bridge over troubled waters
I will lay me down.”
Sui and Han say they felt stressed out and tired after the Four Continents last month. “I don’t think anybody knew we were exhausted,” Han said. “It was hard for us.” They still have some problems to sort out. They need more practice time.
“We got this medal not only for us, but we owe it to everyone who is around us and helped us to come back. We were reborn in this championship,” he added.
The music is slow-paced, grand, all about their struggles together. “It describes our experience,” Sui told the Chinese media. “A man and a woman. The two of them each other’s best friends. They’re only friends. They share one goal and one career, helping each other, supporting each other.”
Yes, it’s emotional, and they skate it that way. They say they want to perform it like a piece of art. They have gone way beyond the cute factor. 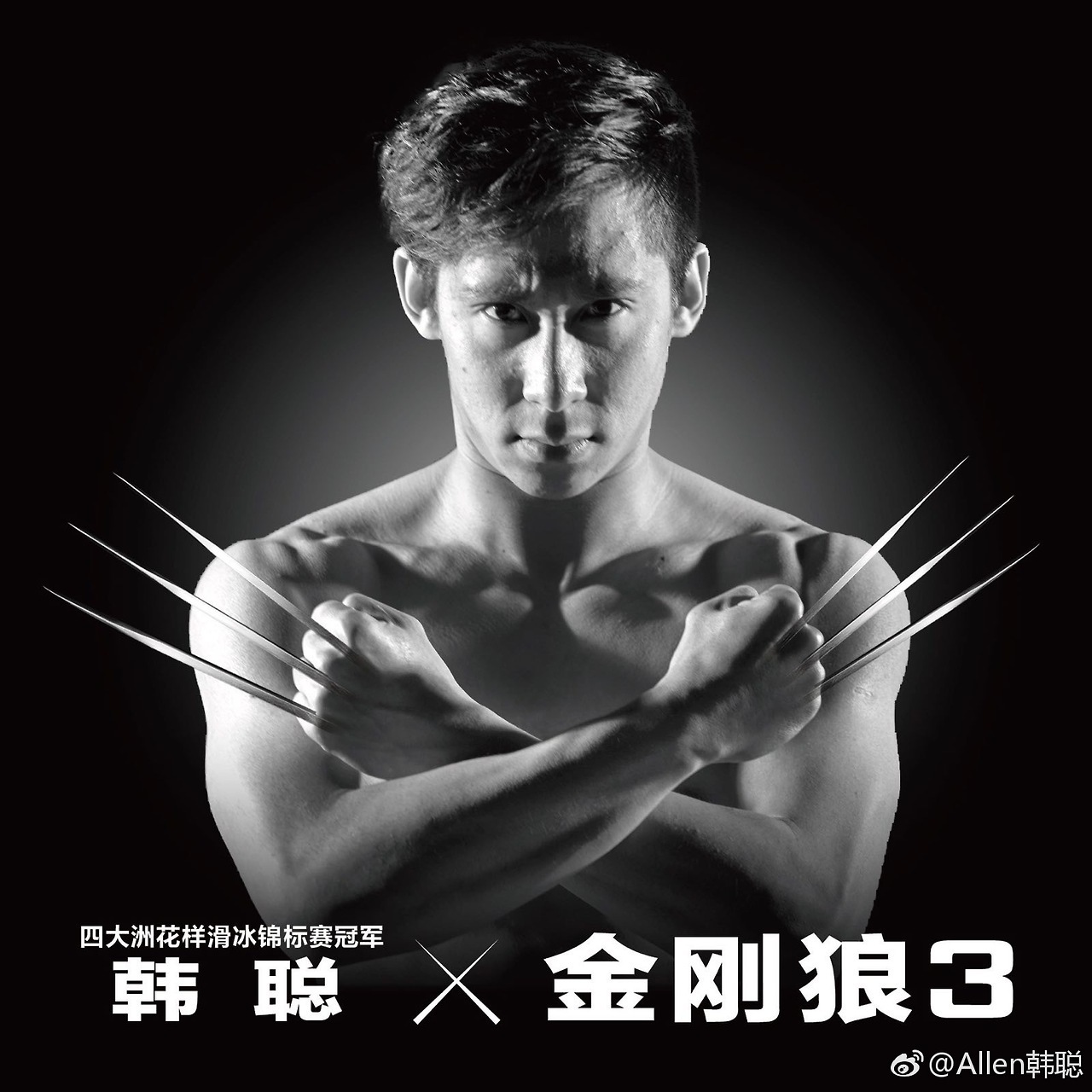