REGINA
Brian Orser added a new dimension to his career persona Thursday at Skate Canada International: ice dancing coach.
People took a double-take at the sight of the coach of Olympic and world singles champions leaning against the rink boards, overseeing the first practice of the day for Tessa Virtue and Scott Moir.
So how long had Orser been working with the 2010 Olympic dance champs? the duo were asked.
“About three hours,” Moir said.
Truth be told, Virtue and Moir’s coaches, Marie-France Dubreuil and Patrice Lauzon were delayed getting into Regina. So Orser stepped in. He did, in a pinch.
“It was like we had won a radio contest,” Moir quipped. “GET COACHED BY BRIAN ORSER FOR A MORNING!”
“I think when Patch and Marie texted us to tell us, we went: ‘Oh my god! That’s awesome! Brian Orser is going to be coaching us?” I think maybe they were a little insulted,” Moir said, tongue in cheek, as usual.
They were back with their normal coaching staff for the second practice in the afternoon.

But meanwhile, Orser didn’t just go through the motions. He advised them. Arms waved. Things were said.
‘He’s lived it,” Virtue said. “He knows exactly what to say. He coaches the best of the best singles. It was just so neat to look over and see him by the boards.”
And tips? “Oh yeah,” Virtue said. “He has great key words. Just about the glide of the blade and managing our patterns. He was incredibly helpful and more than anything, it’s just that sense of comfort and a nice little confidence boost.”
Actually, Dubreuil and Lauzon and Orser have had a longstanding friendship. Before the past world championships, the schools met at a mid-way point between Toronto and Montreal- Kingston, actually – and staged a two-day camp. “We all connected on the ice and did stroking classes,” Orser said. Virtue and Moir were part of it. Virtue thought it “invigorating.’’

Still, Orser doesn’t think he really did much on this Regina dance-coaching expedition. “Especially at this level,” Orser said. “They seemed to be in charge.”
He hasn’t forgotten that Lauzon also helped him out one time at a European championship at which Orser had a time conflict, Lauzon looked after Javi Fernandez at a men’s practice, while Orser thinks he may have been tied up with a women’s practice elsewhere.
“It was funny, because for a couple of the practices I had with Javi, he was terrible,” Orser said.
“And then I asked Patrice to look after him…and afterwards I saw him and said: ‘Patrice, how was it?’”
“It was perfect,” Lauzon said. “He didn’t make a mistake.”
“Like really?” Orser thought. “I guess well, you’re it, then.”

Lest anyone think Orser is as out of place in a dance venue as a knife in a fork rack, well, you’re wrong. Orser has his silver and gold senior dance tests.
His partner for the tests? Michelle Leigh, coach of 2016 Canadian women’s champion Alaine Chartrand.
“All the way to the end,” Leigh said. “We had fun doing it.”
Was he a good dancer? “Oh yeah!” Leigh said. “We both got our gold dances when we were young.” Orser passed his at the first try.
It was a thing that the Mariposa Skating Club coaches insisted upon: that singles skaters must learn dance, too. Leigh said it was a good strategy: extra ice time.


Once, she recalls, they danced a test for the Argentine tango which has a series of steps at the beginning. One of them tripped. It was so long ago, Leigh doesn’t remember which one of them did.
“And we laughed the whole way through the test,” Leigh said. “Our mothers were so mad at us.”
That wasn’t all. At club carnivals, Leigh and Orser also skated as a pair. There is a photo in Orser’s autobiography that shows Orser trying to hoist Leigh up in a pressure lift, but managed to get his partner only up to his chin.

They also did cartwheels and side-by-side Russian splits. “It was always a contest to see who could jump higher,” Leigh said. 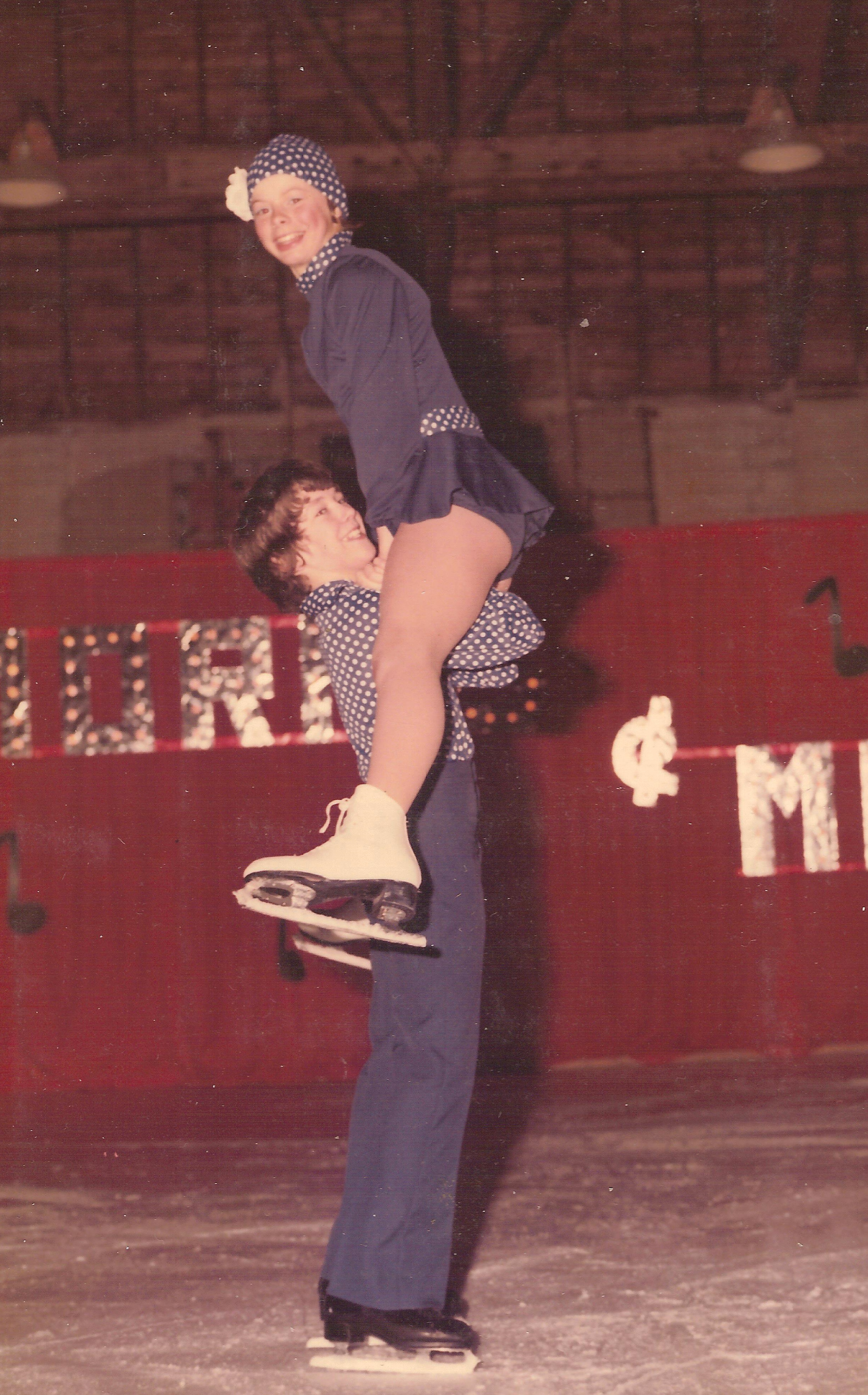 The friendship still thrives. And Virtue and Moir count Orser as a close personal friend, too. Actually, they very well know what to do in a dance practice. Their coaches have prepared them well. They coached by text.
So mostly, having Orser at the rink boards served as a definite confidence boost. “It didn’t even feel weird at all,” Moir said. “It’s a good sign.”