You are here: Home / Uncategorized / A photo diary of the Canadian International Championship day at Woodbine
Tweet
0 Shares

All photos by Beverley Smith 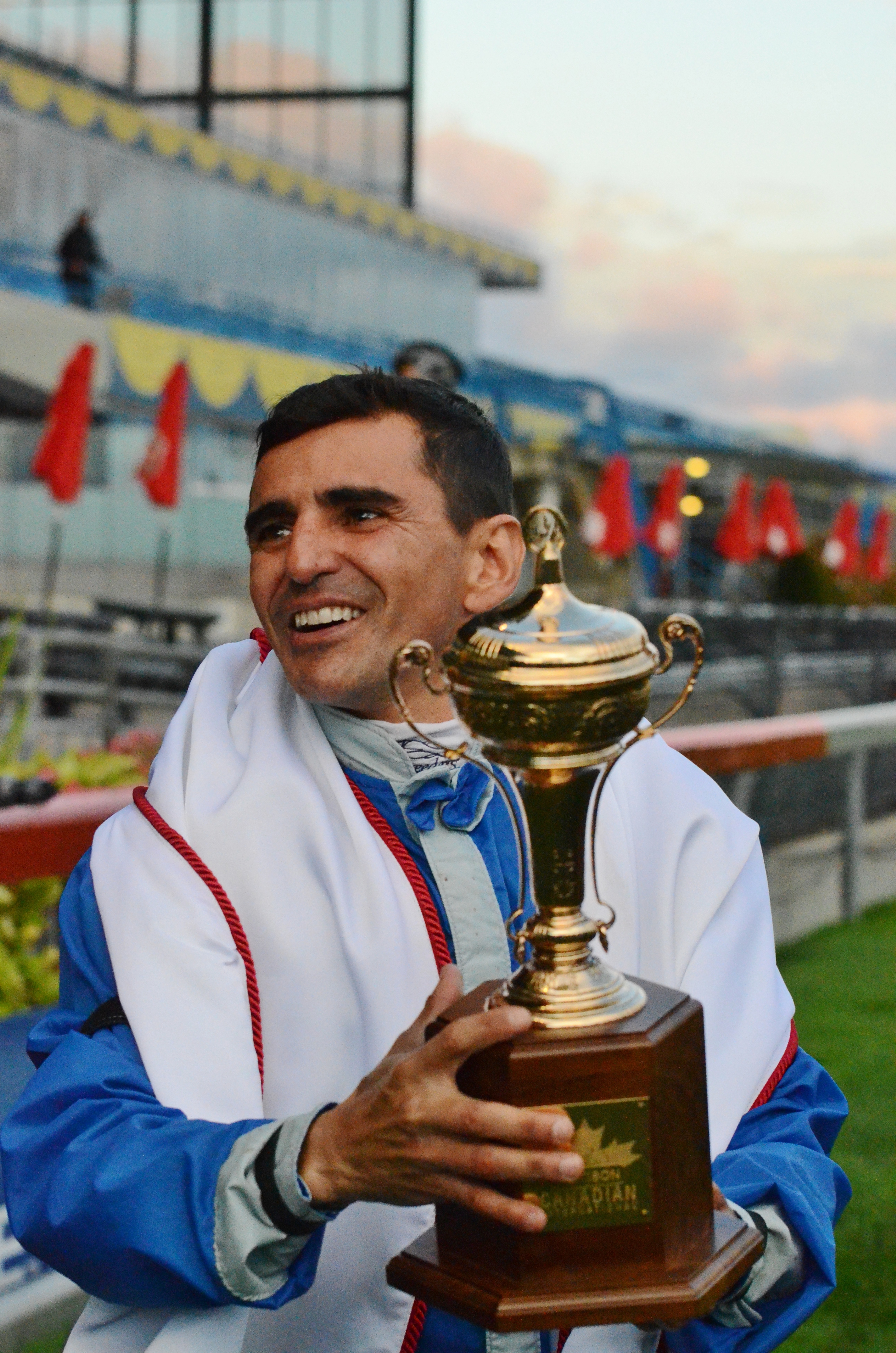 Nobody celebrates like jockey Eurico Rosa da Silva. He won the big prize. 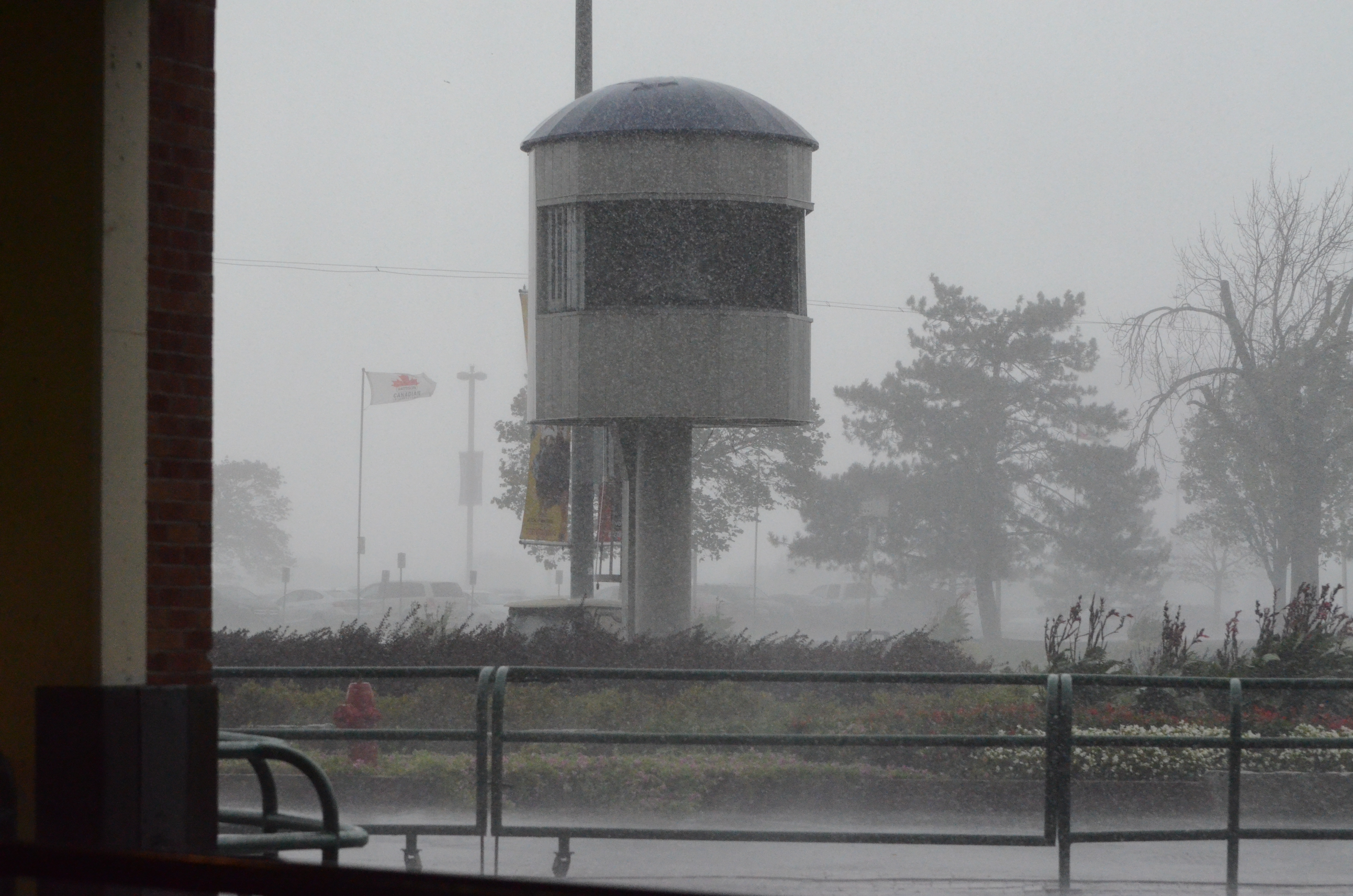 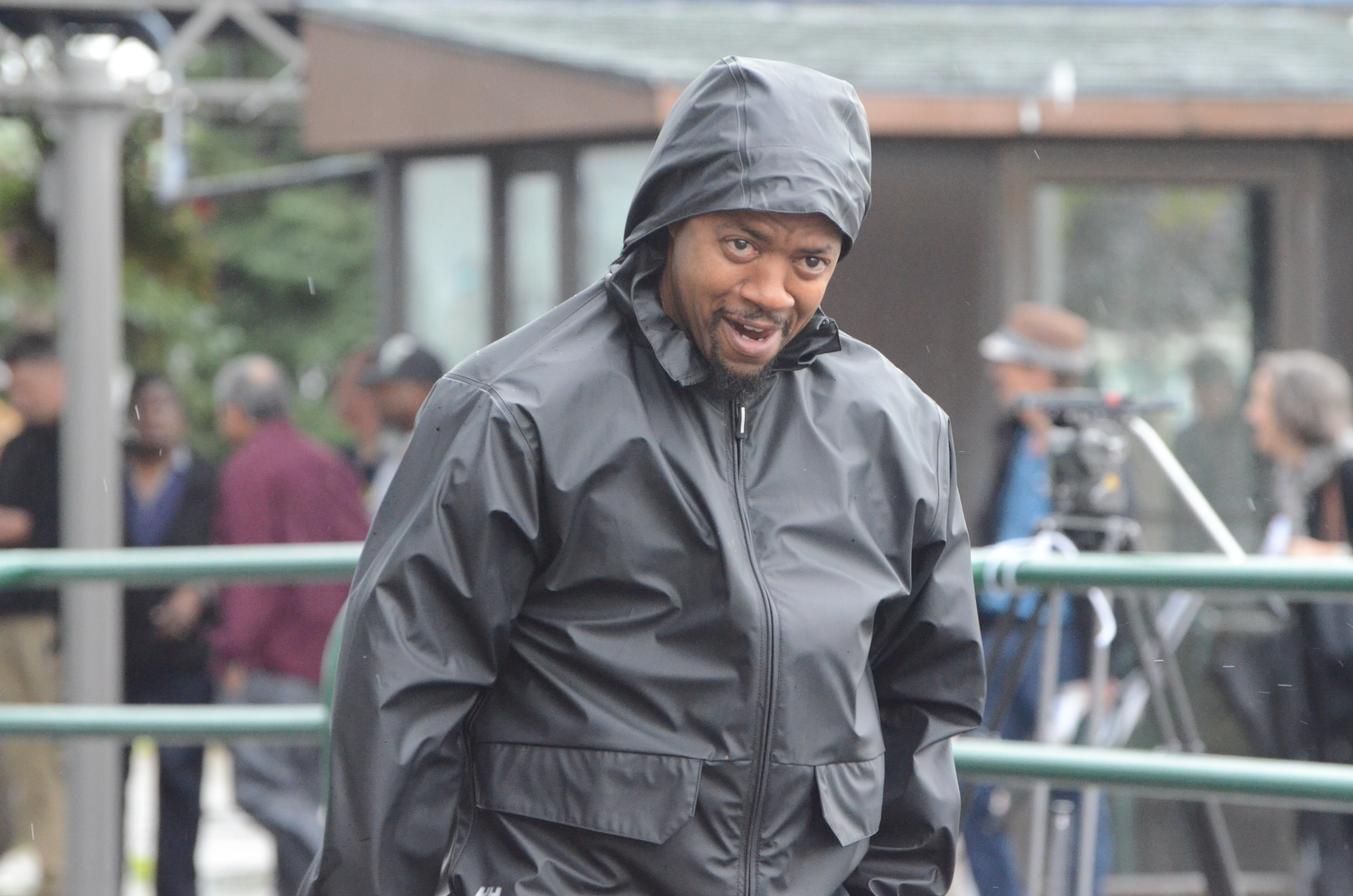 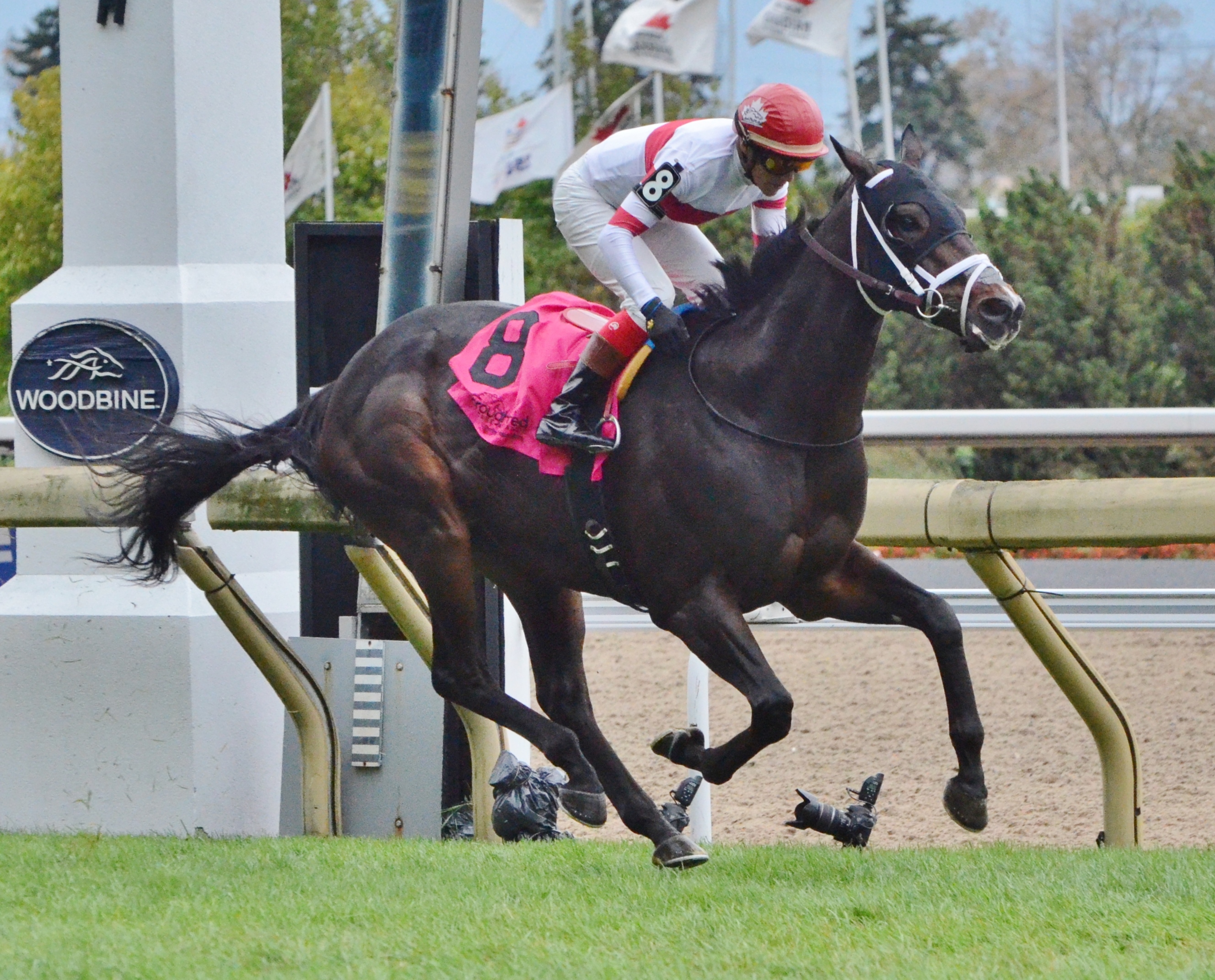 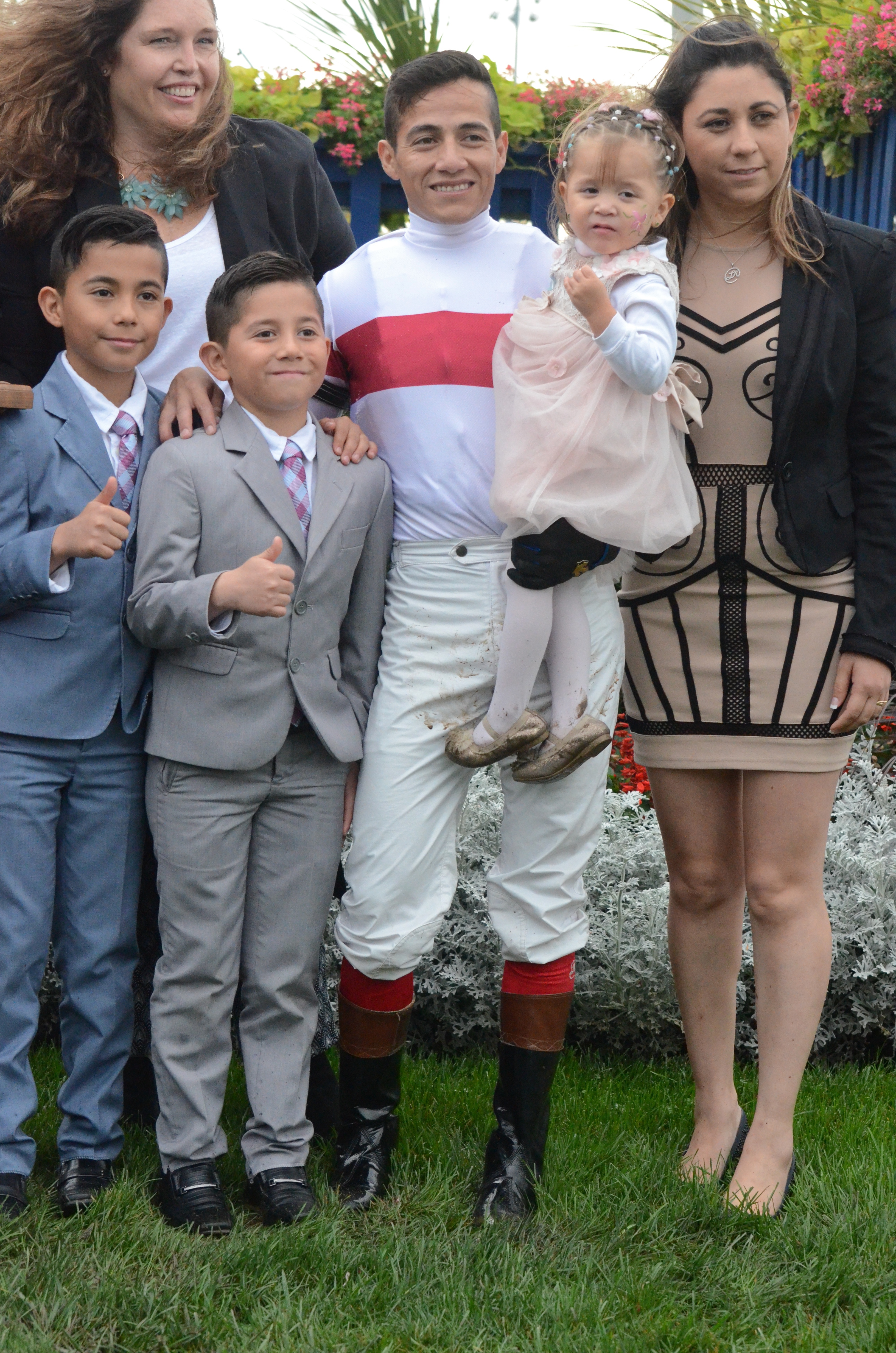 Contreras and his family in the winner’s circle. He didn’t mind that his daughter’s dirty little boots inflicted mud on his white riding britches.

Get an eyeful of this gorgeous beast, Senior Investment, which finished third in the Preakness Stakes, and was here to contest the Ontario Derby. US jock Robby Albarado aboard. 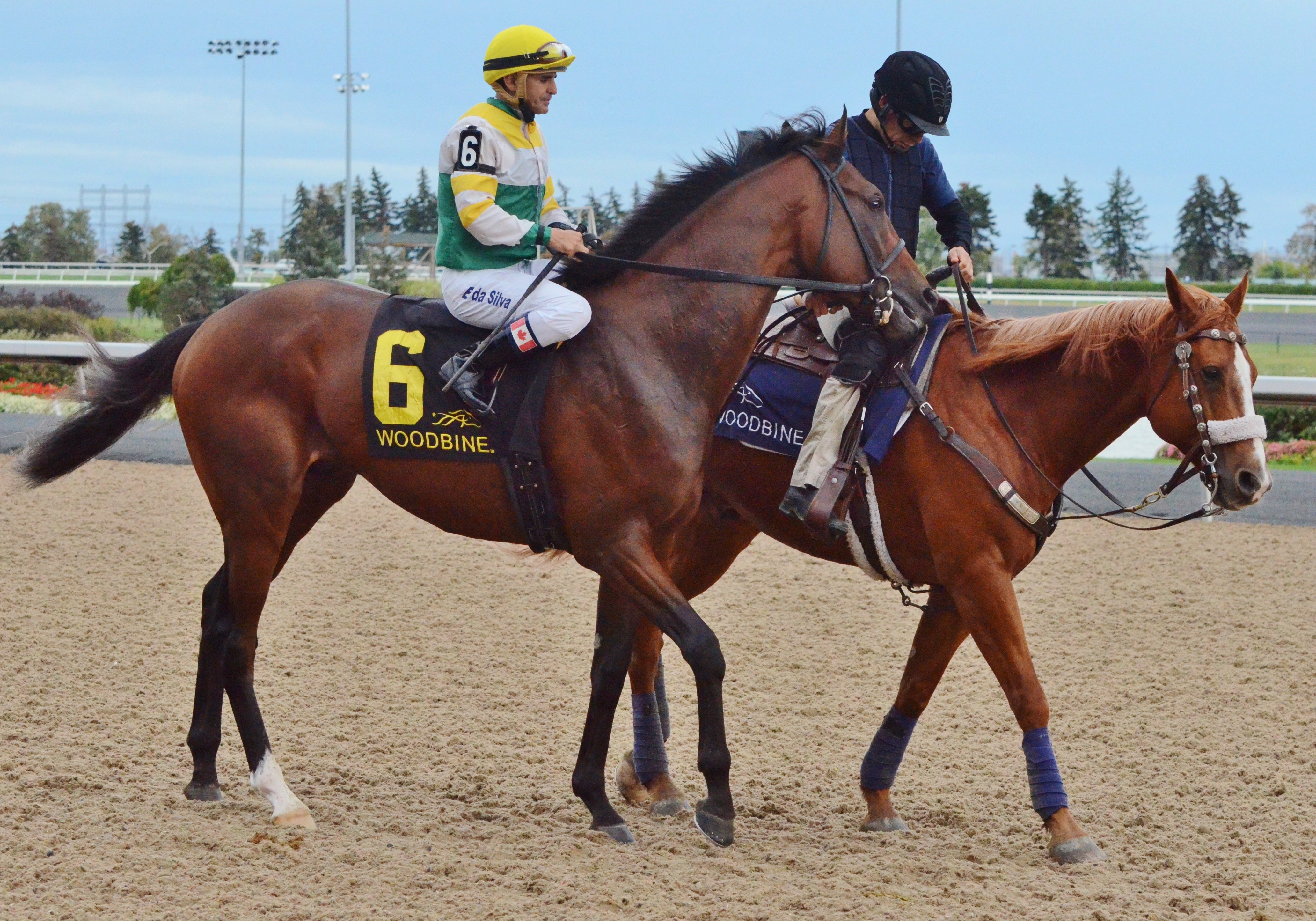 Local entry, Tiz A Slam is huge and powerful, too, towering over his pony in the post parade. 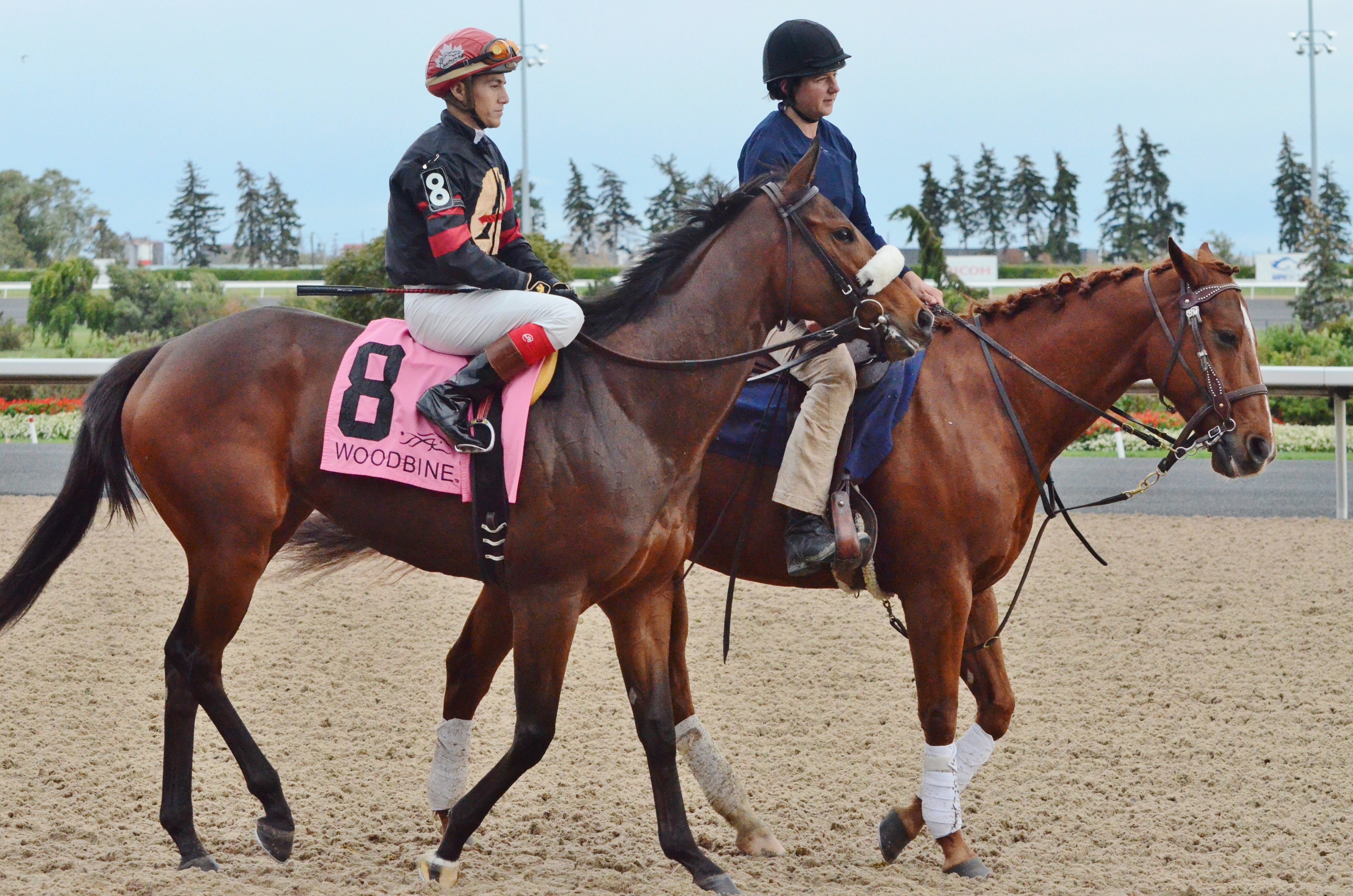 And here is dainty little Holy Helena, winner of the Queen’s Plate against the boys, and running against males again in this Derby. She always looks happy, with her ears up. 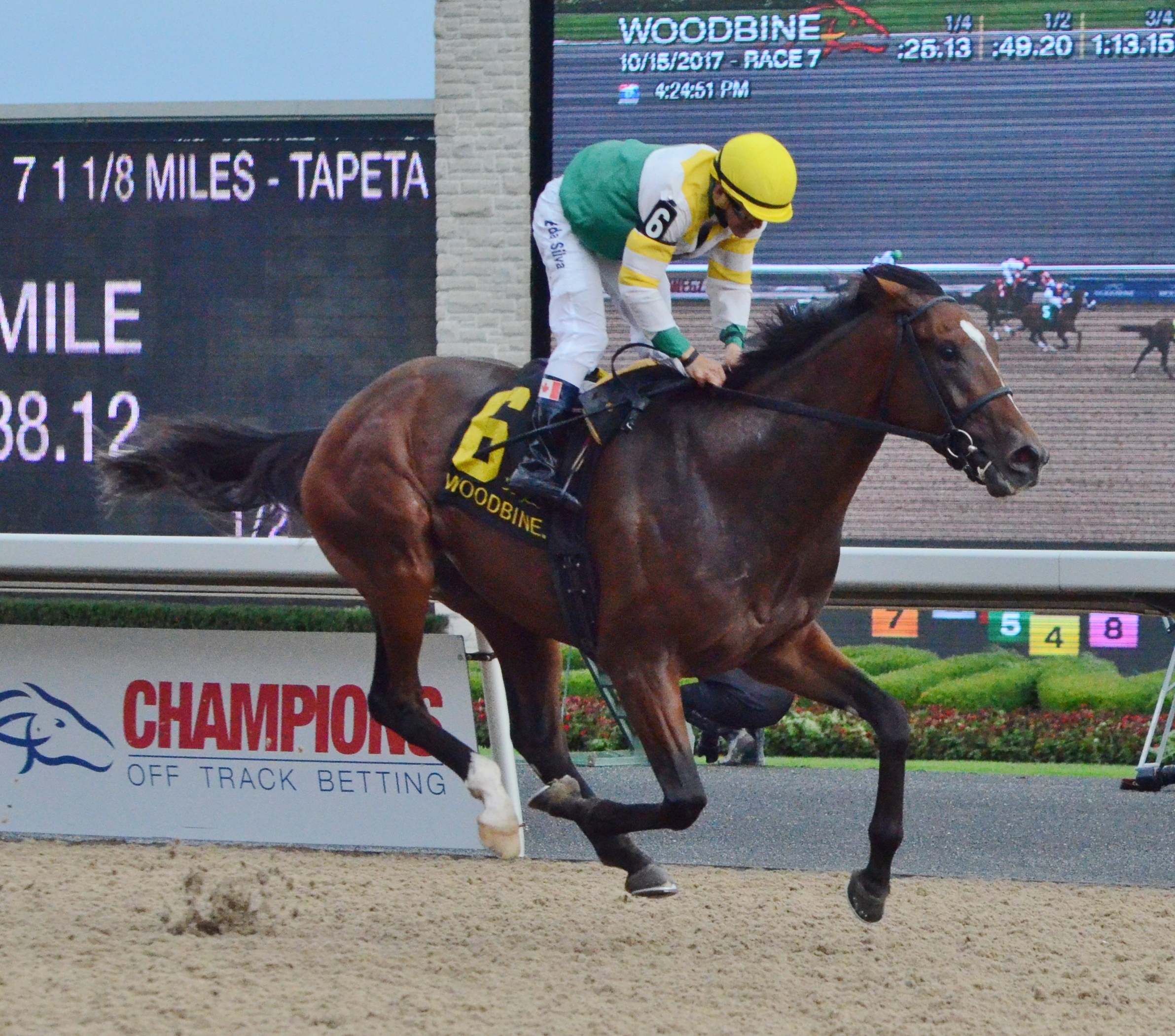 Tiz a Slam pulled off the win, rewarding his patient trainer, Hall of Famer, Roger Attfield. 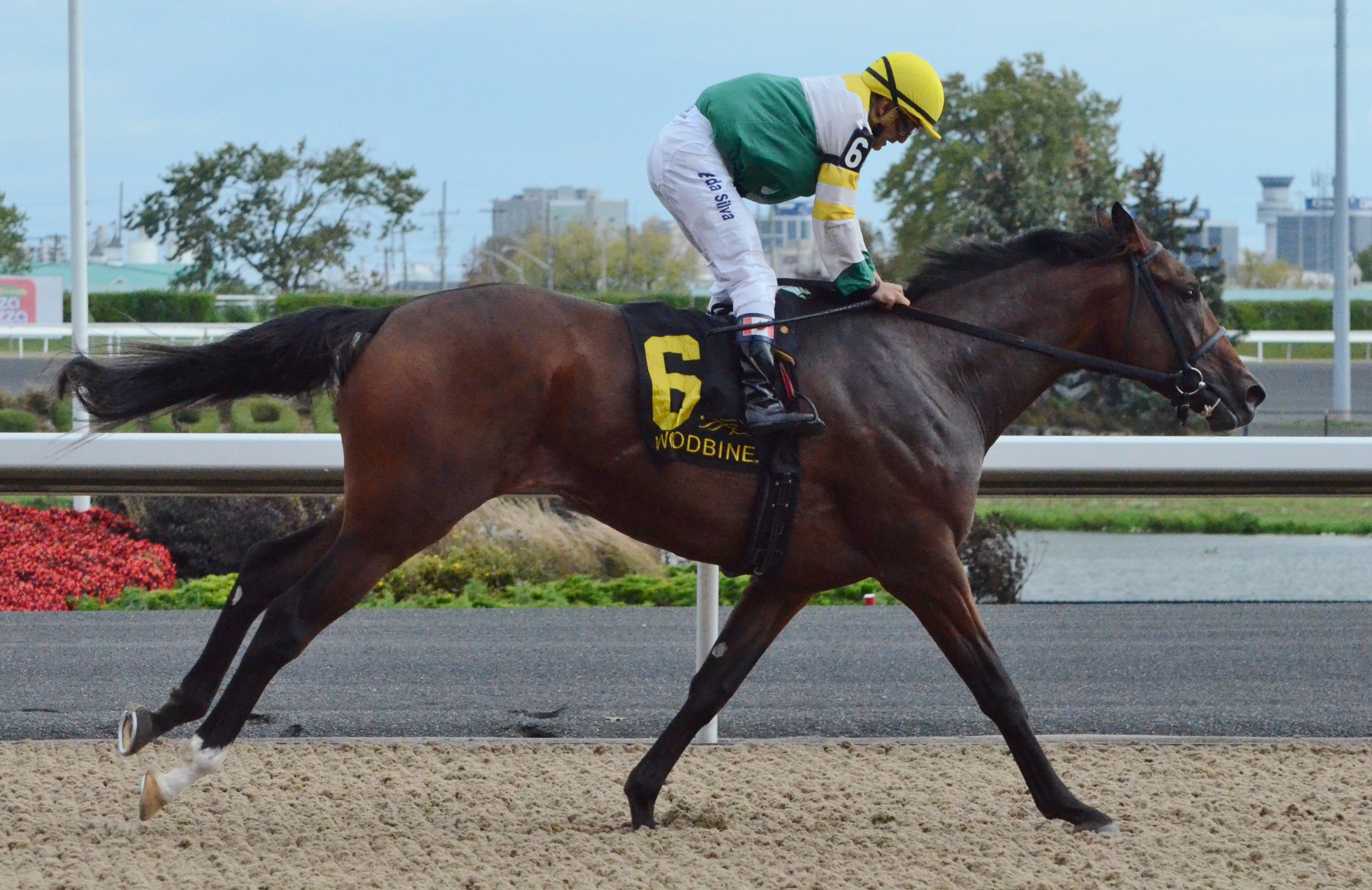 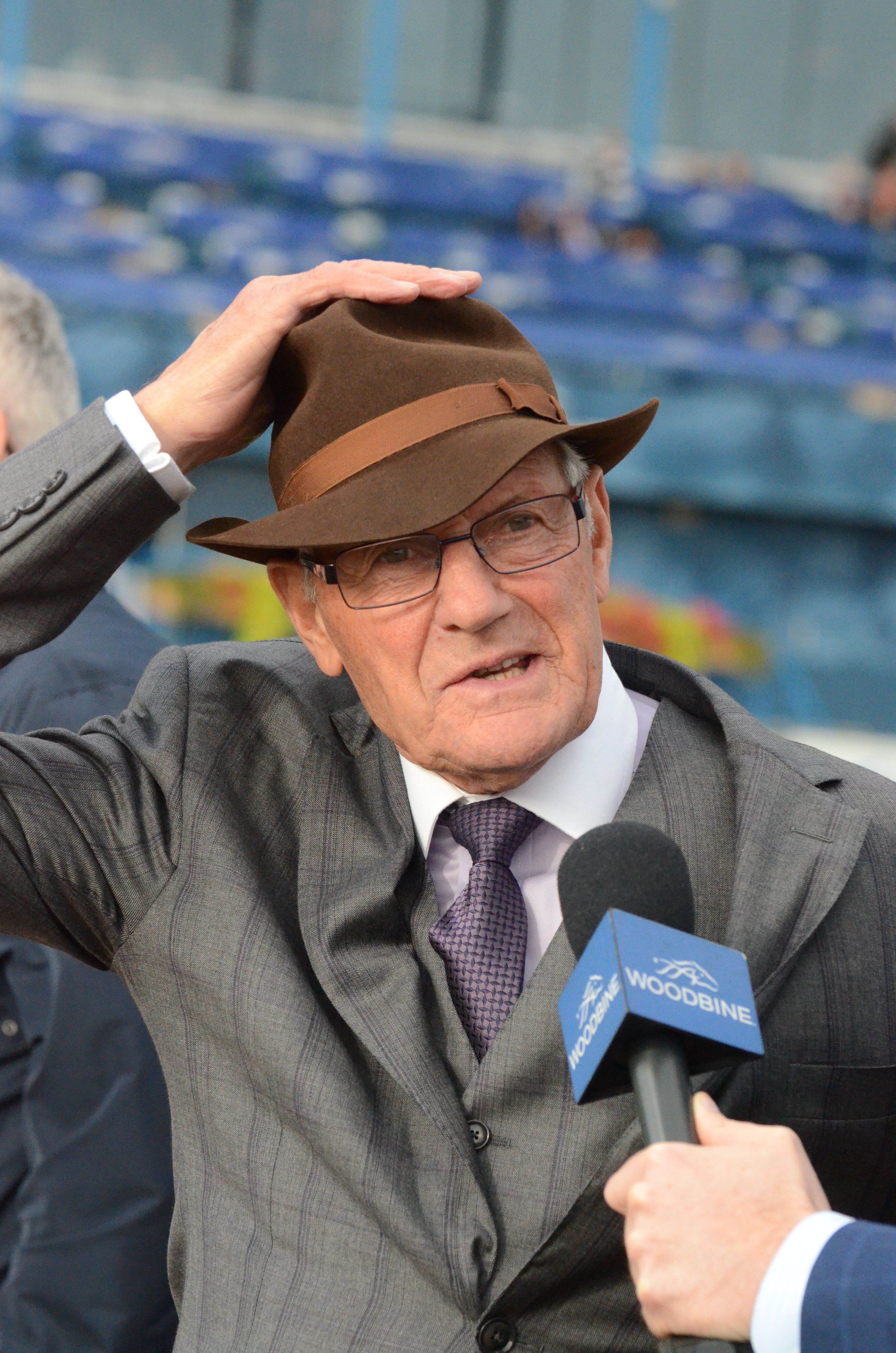 Attfield, trying to keep his hat on in the wind. 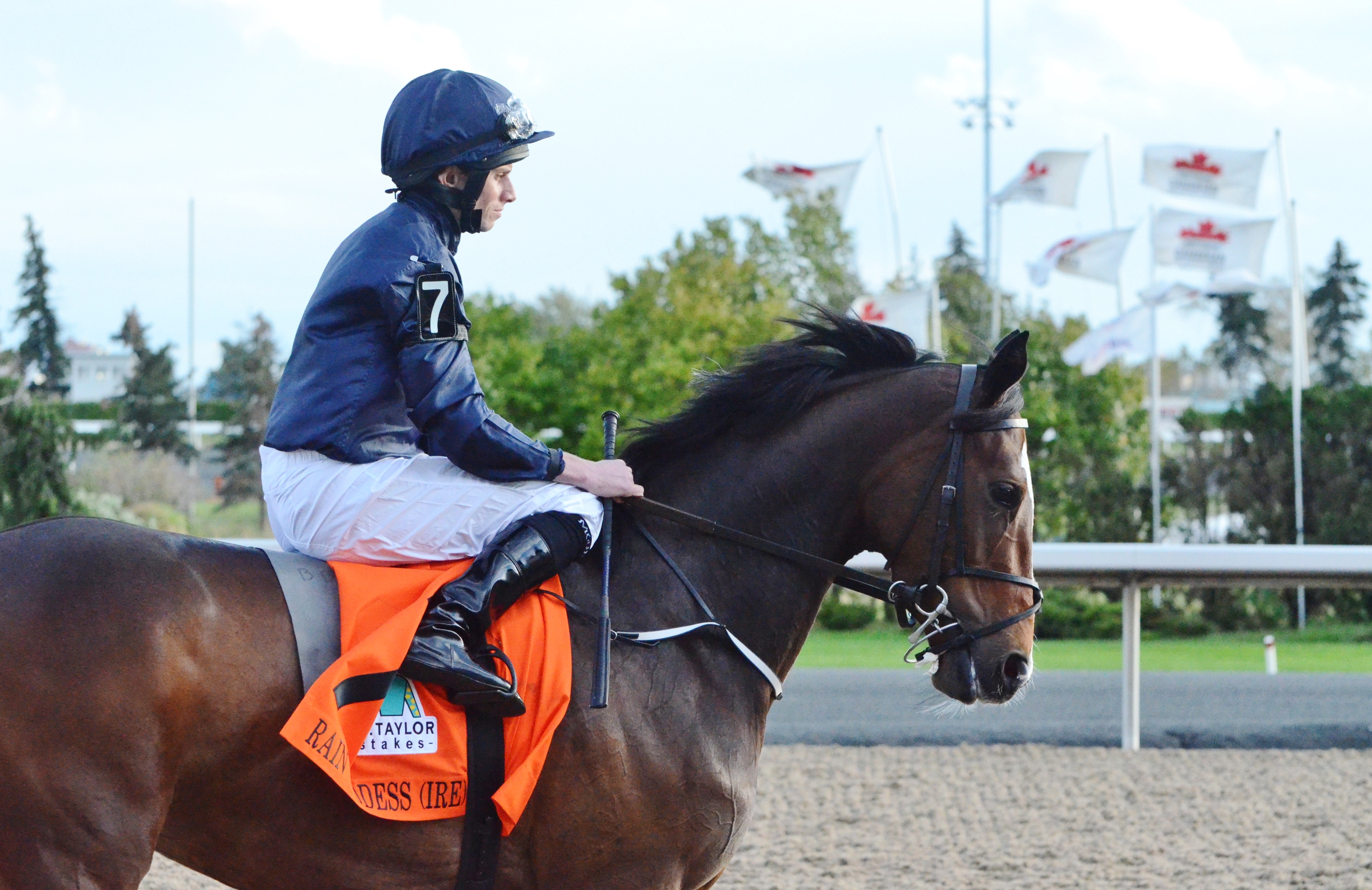 What a treat to see one of my favourite European jockeys, Ryan Moore, on Irish-bred Rain Goddess in the E.P. Taylor Stakes. 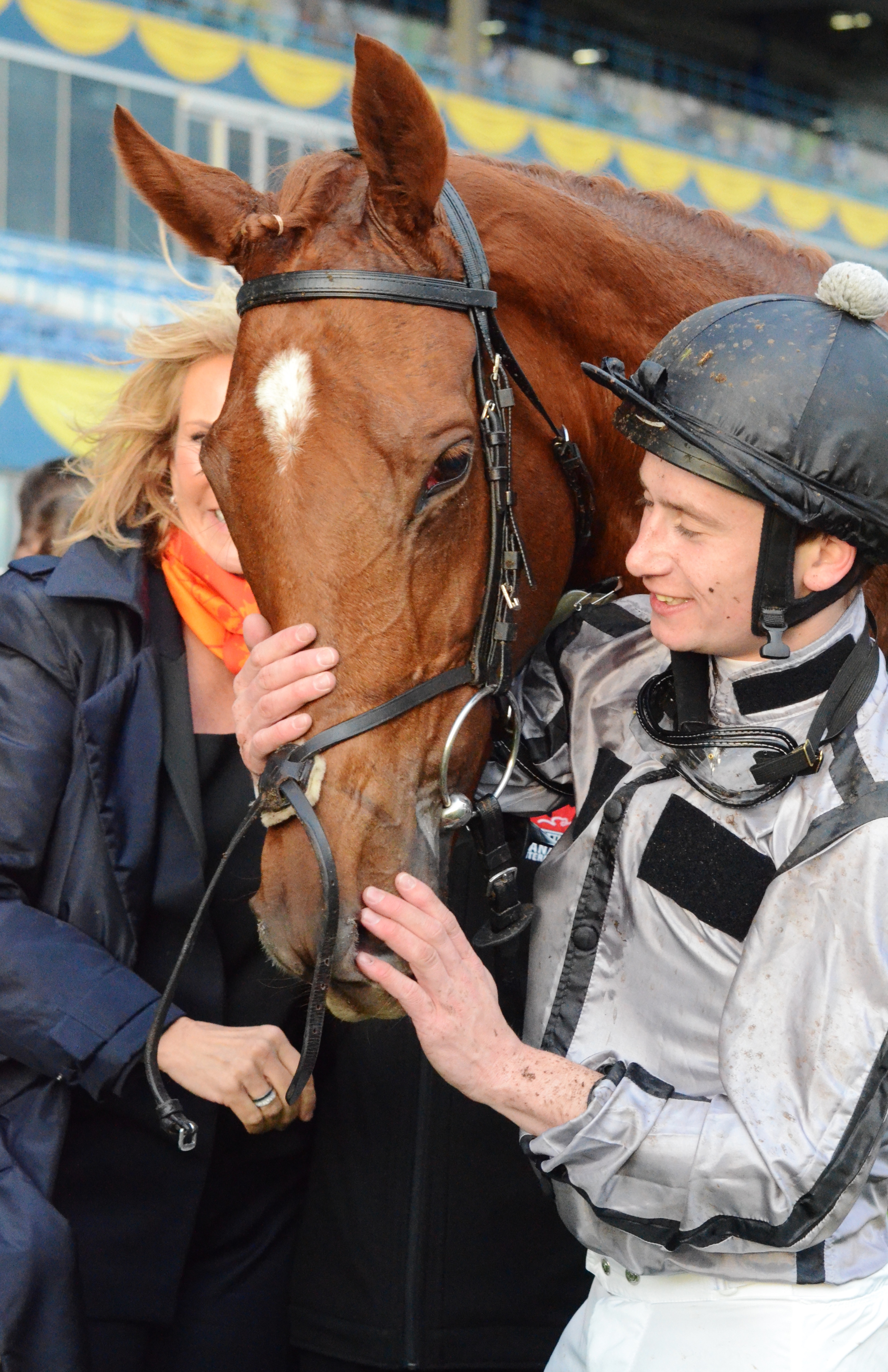 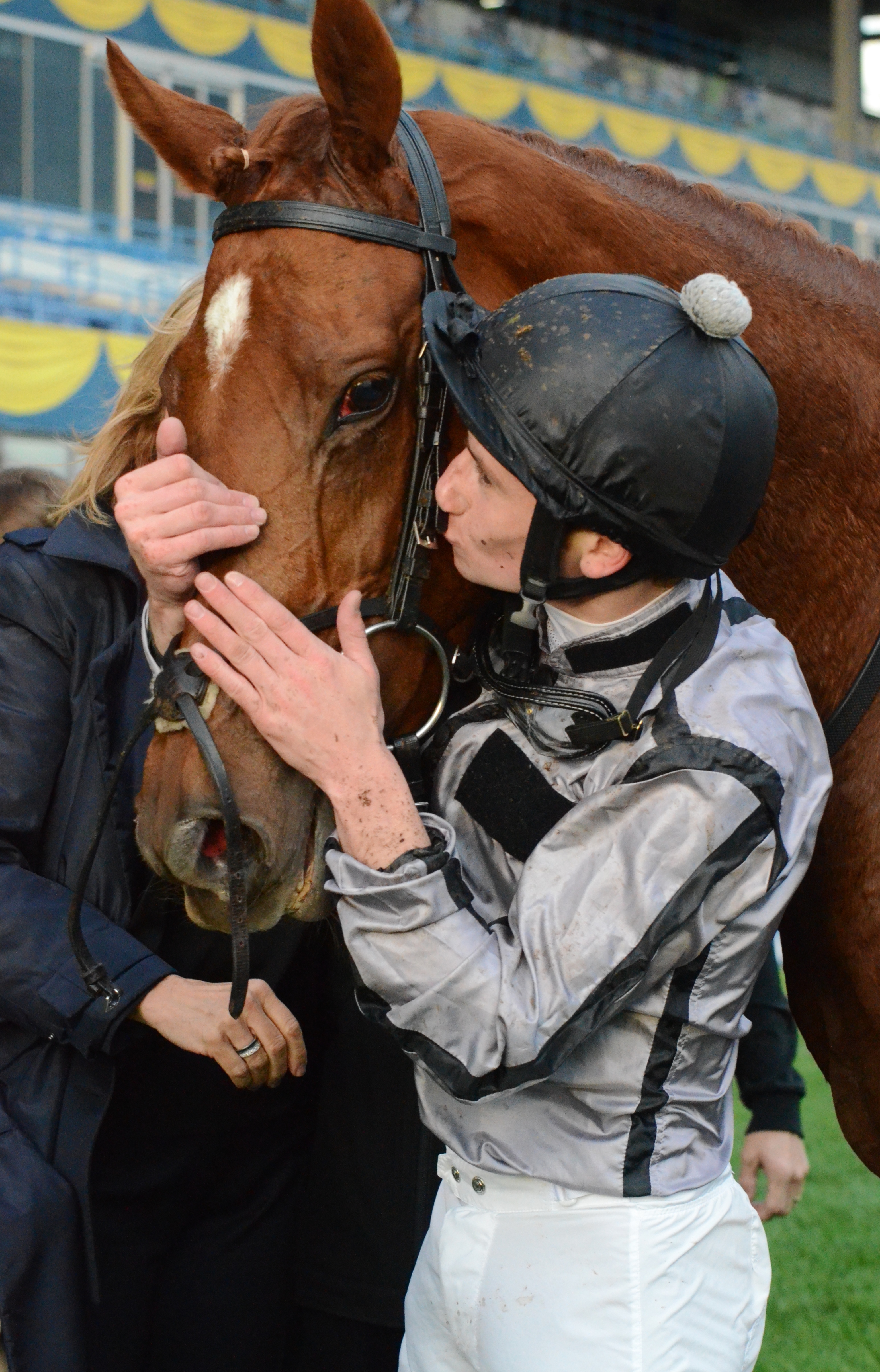 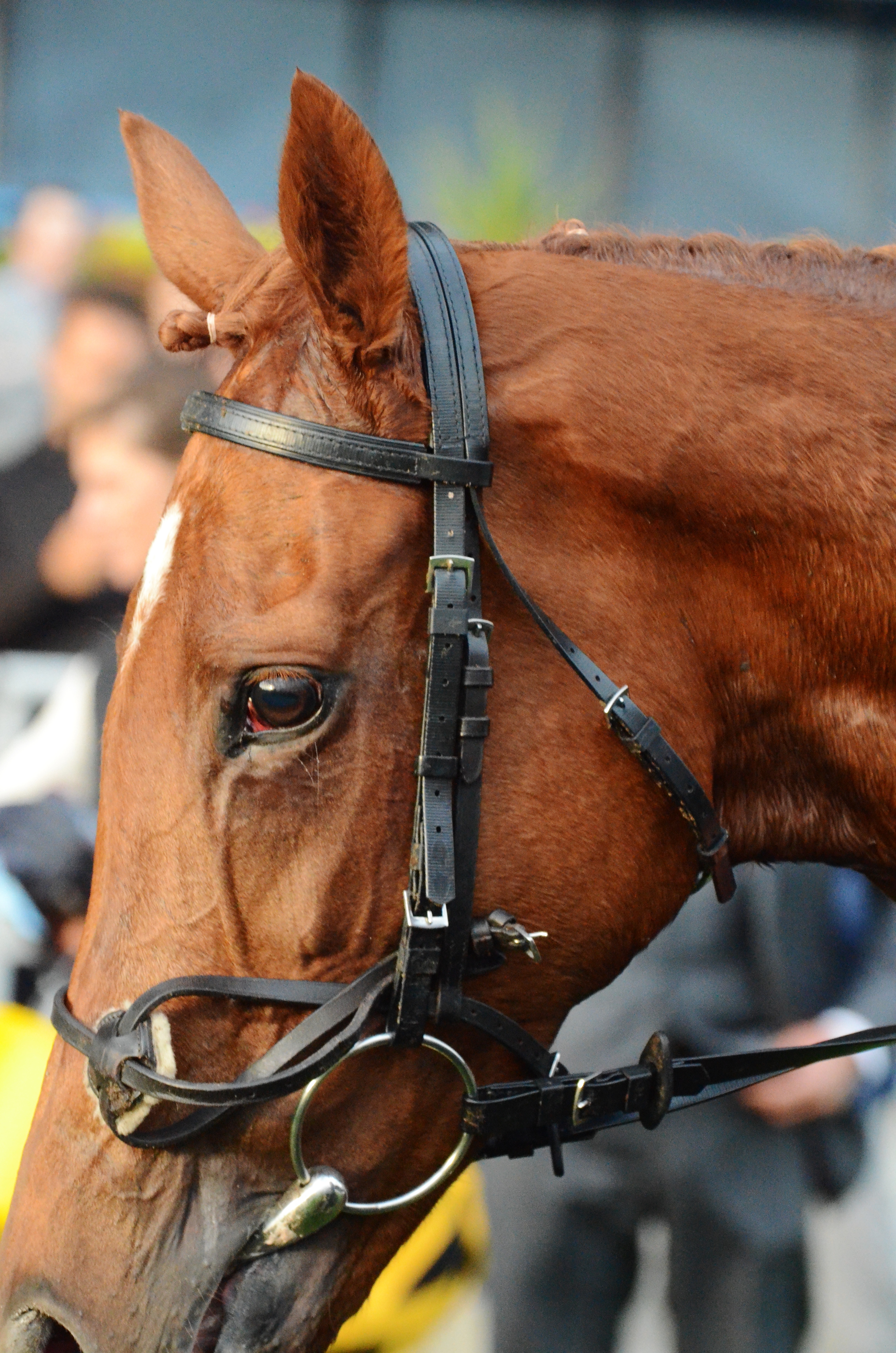 The E.P. Taylor belonged to Irish-bred Blond Me, ridden by Oisin Murphy. 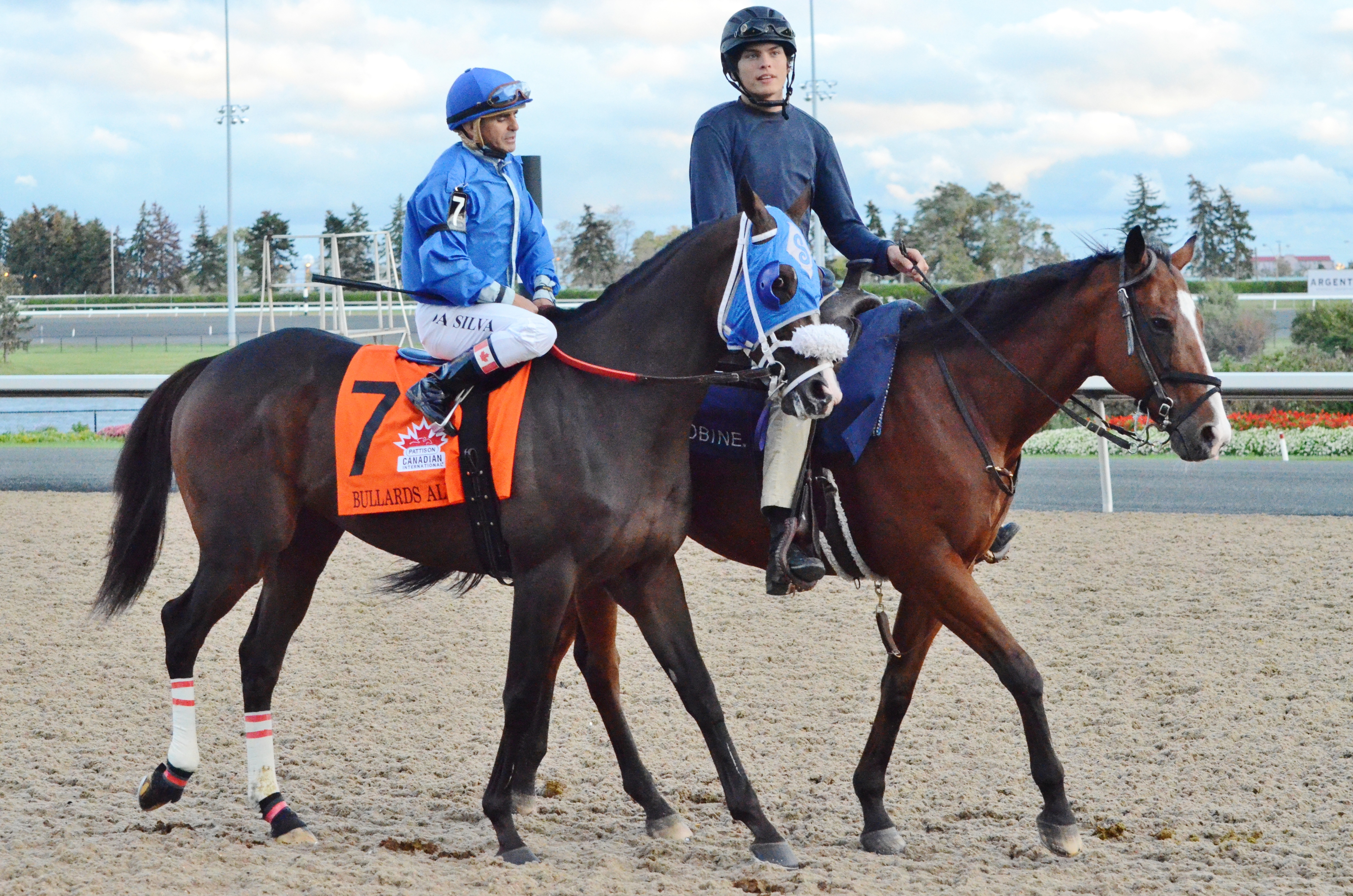 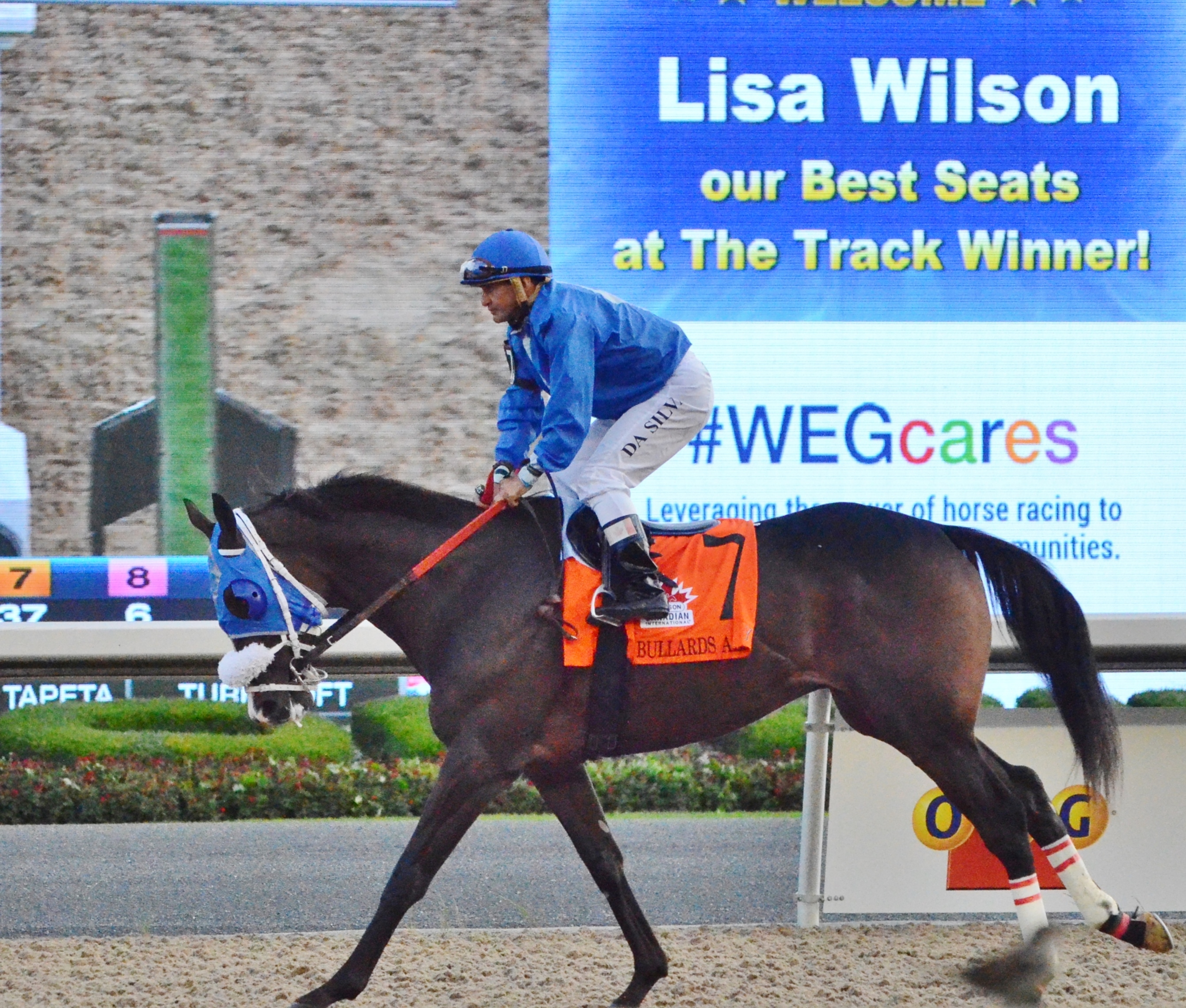 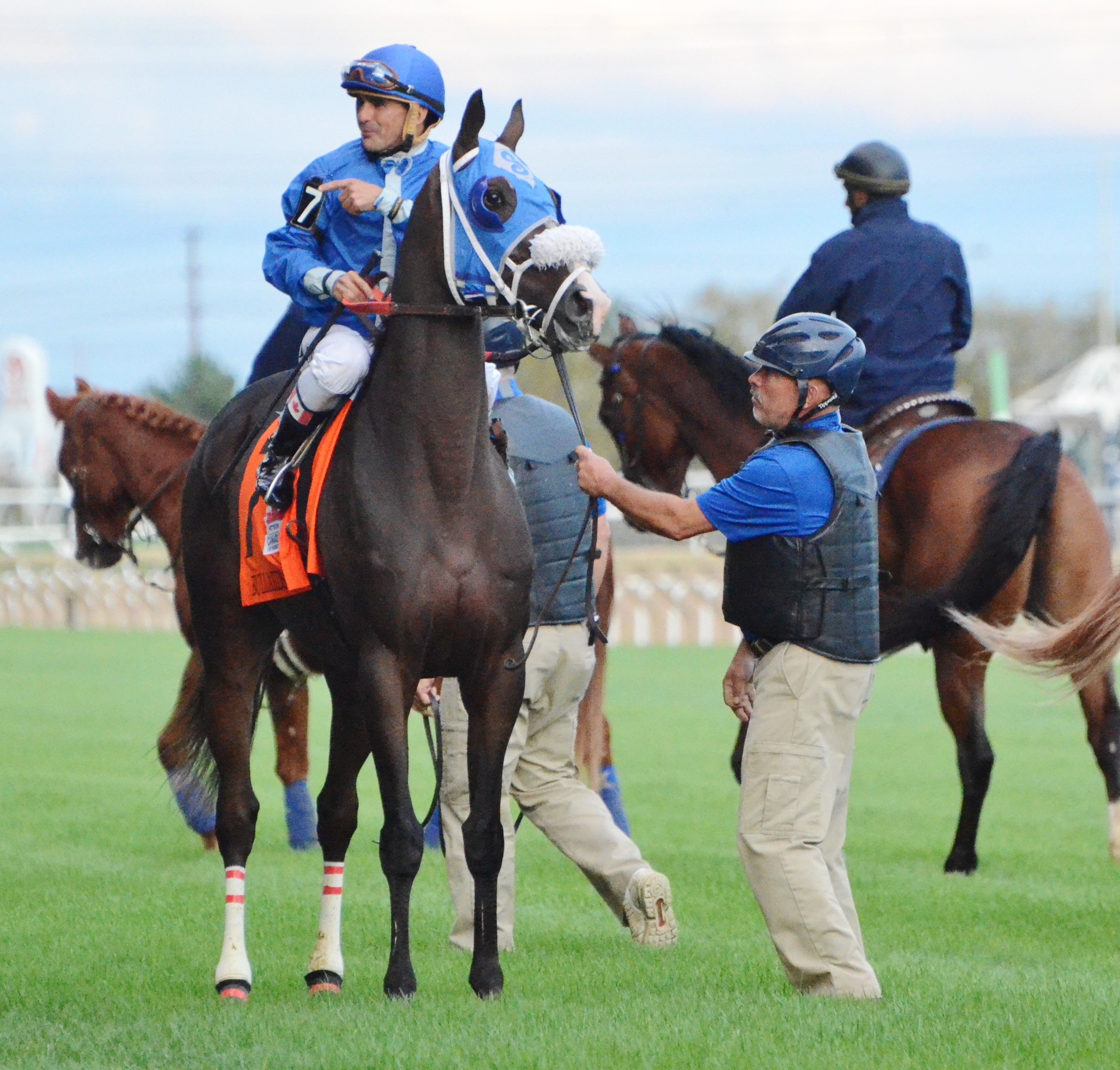 One of the longest shots on the board (42 to 1) was Eugene-Melnyk-bred Bullard’s Alley. Jockey Eurico Rosa da Silva only heard about four days before the race that he was to ride this ship-in from Kentucky and he never jumped aboard him before this race. He saw him in the backstretch barn. Gave him a pat. Da Silva is Woodbine’s leading rider and locals get few chances to ride in , much less win this $800,000 event. (At one time the purse was more than $2-million.) 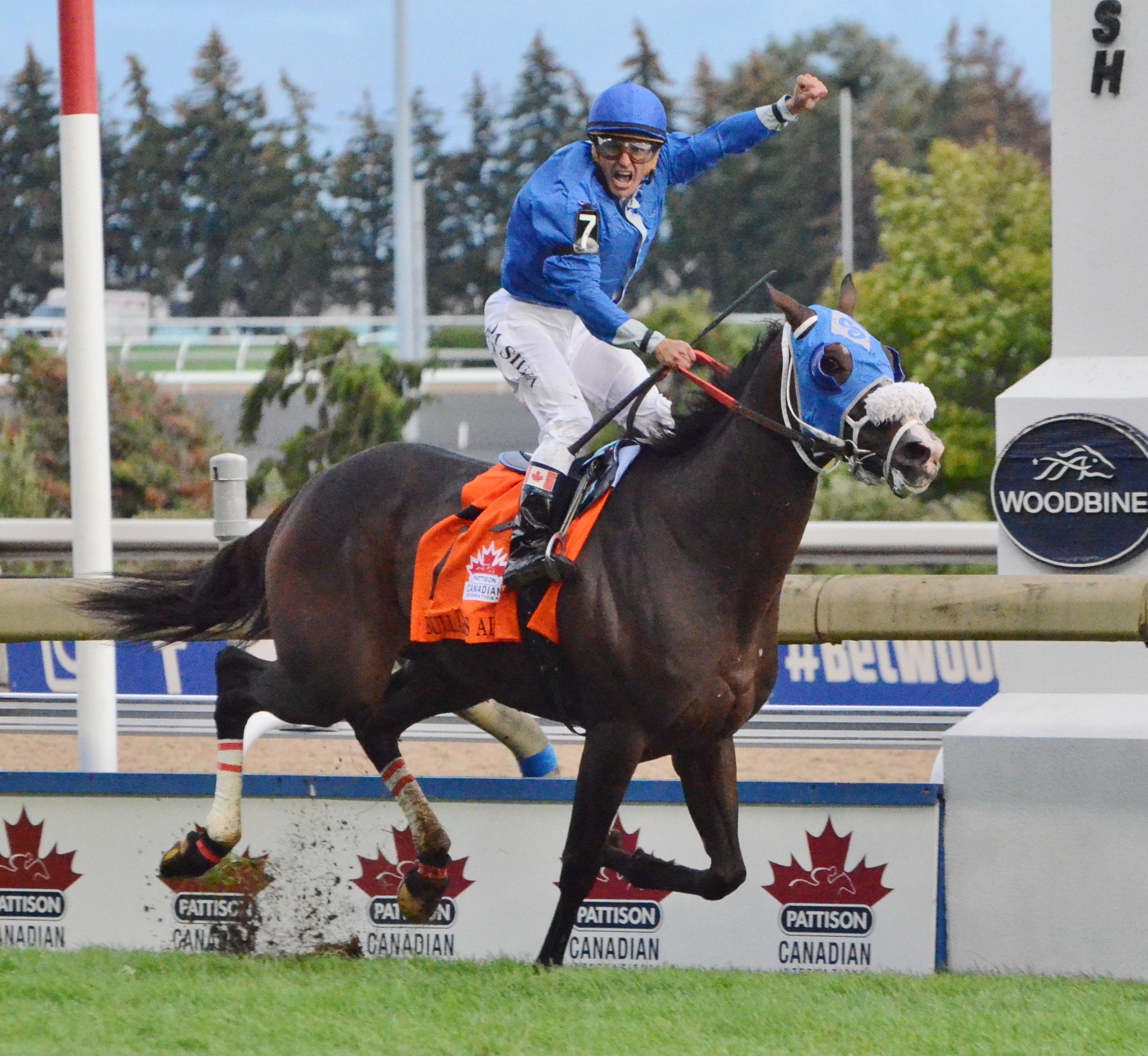 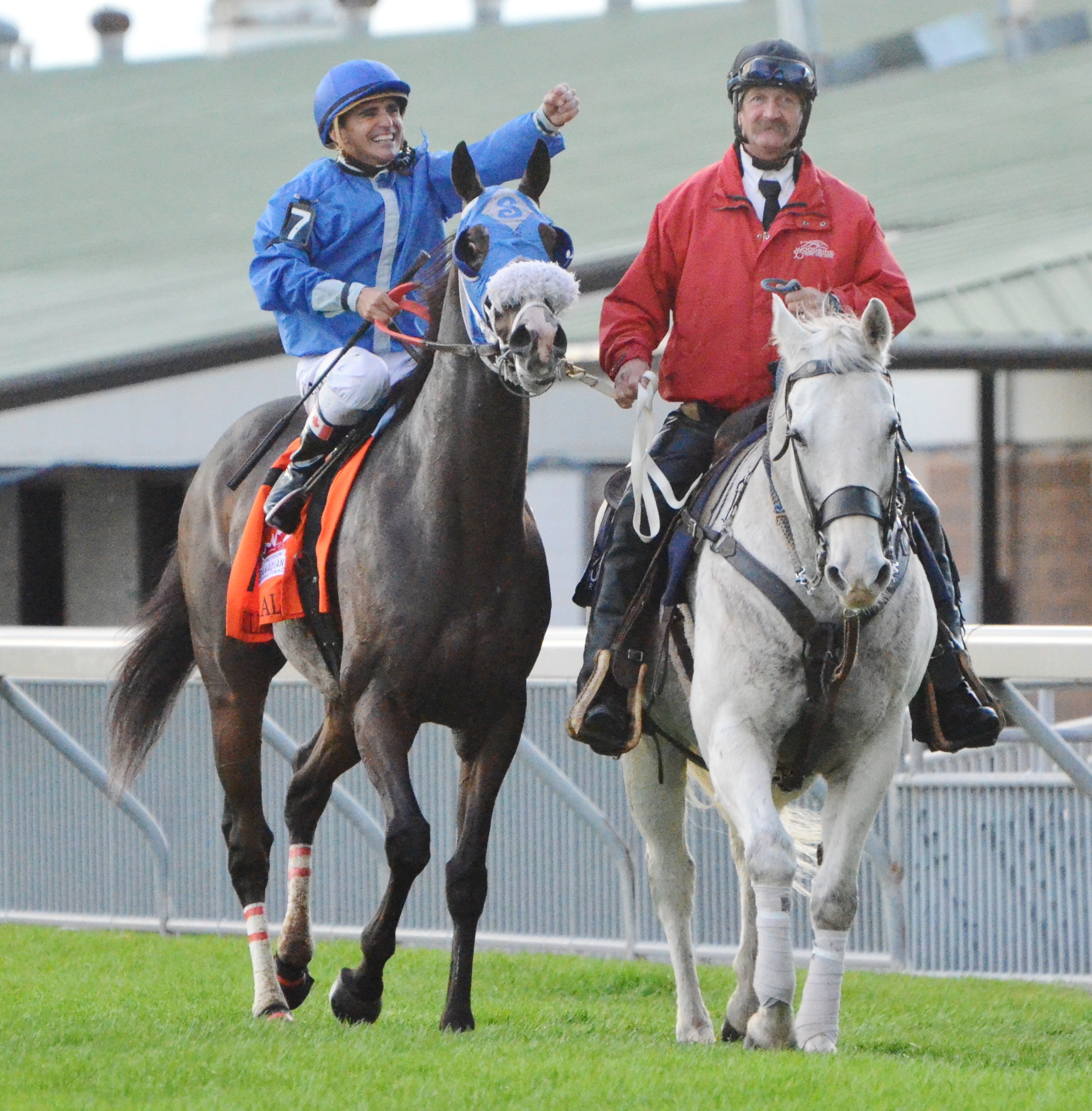 So imagine Da Silva’s joy when he won the race by 10 3/4 lengths, the largest winning margin in the 80-year history of the race, a more lop-sided victory than Secretariat’s win in 1973. Outrider Rob Love appears amused at Da Silva’s constant celebration after he passed the wire. 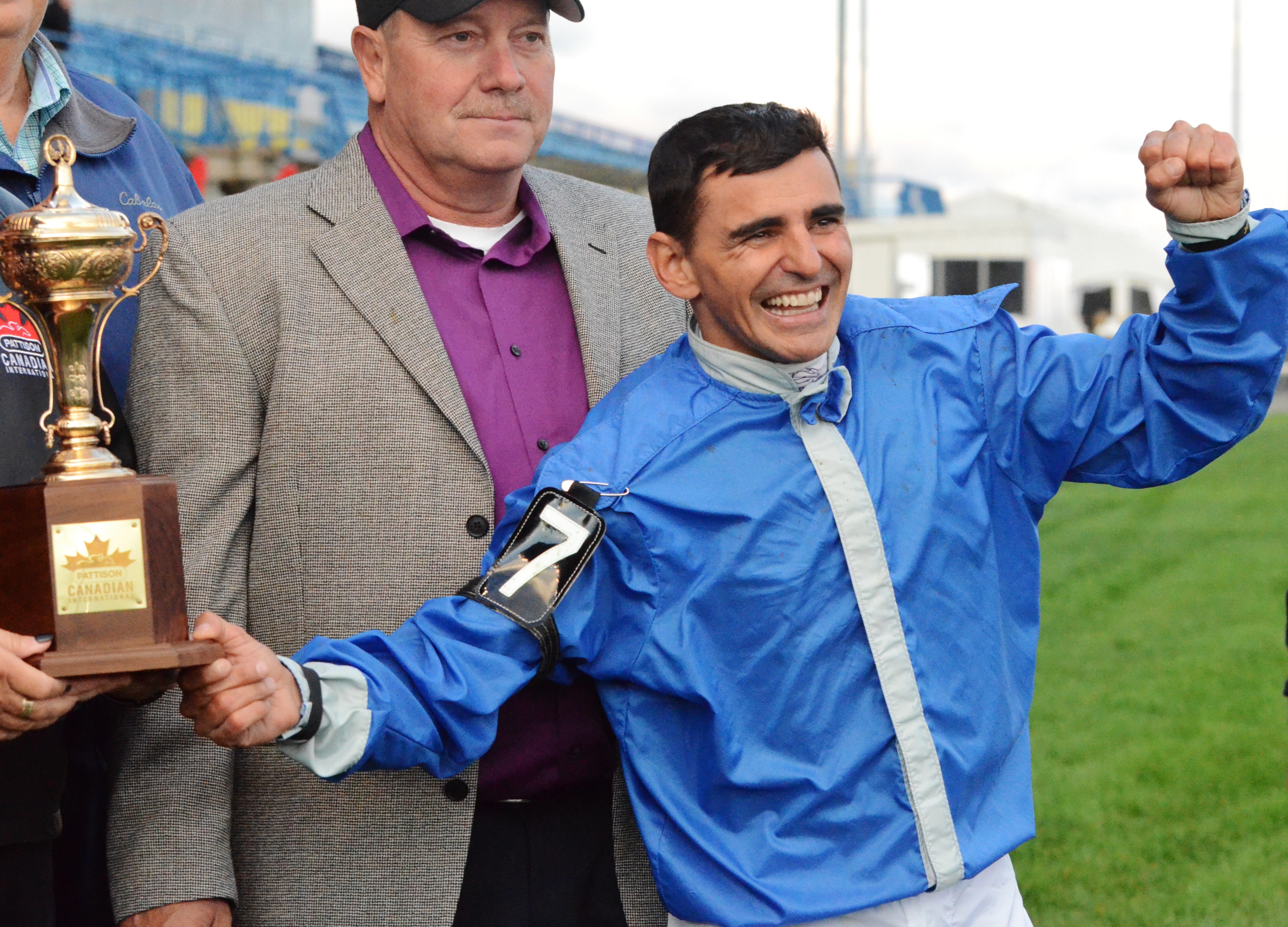 Trainer Tim Glyshaw had never won a Grade One race in his life. All of the horses were running into a stiff headwind coming down the homestretch, but that didn’t faze Bullard’s Alley a bit. “Bullard is a great horse and I love him to death, but he’s not the smartest horse in the world. He would have no problem with that. I mean, he might not even know what it is. Some of these smarter horses in the race might be like: ‘What is this? What is this hitting me in the face?'”
Glyshaw tried to get a couple of jockeys from New York to ride Bullard’s Alley, but they had other plans. He picked Da Silva because he was the leading rider at Woodbine and he knows the turf course. Now he has to figure out if he can get Bullard’s Alley into the Breeders Cup in California in a few weeks. He has no clue what it takes to get into the race.
And winning this race? “This was my dream to win this race,” Da Silva said. “I need to pinch myself many many times. I was very lucky to steer him today. It’s just a blessing.”
Da Silva won four races that day.He also won a riders’ championship in Japan earlier in the year.