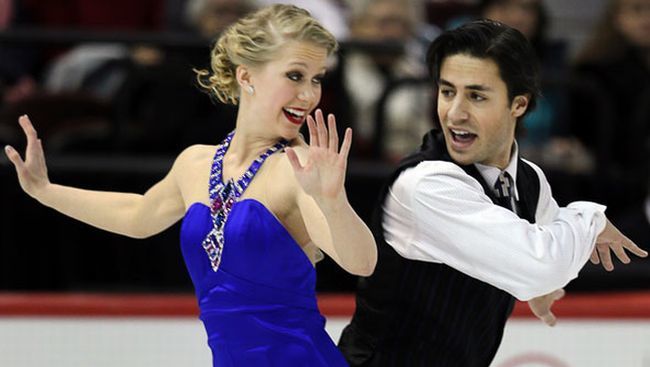 Ask Kaitlyn Weaver what her hometown is and she replies: “My HOME hometown?”
Yes. Although Weaver became a Canadian citizen in 2009, her HOME hometown is Houston, Texas. And who needs to say anything else right now?
Of course, since last Friday, Houston has been lashed by a Category 4 hurricane, Harvey. There have been fewer than a dozen hurricanes of this strength to hit Houston this past century. Almost 60,000 structures in the area have been damaged so far and there are sure to be more. More than a quarter of them are destroyed.
Weaver’s childhood home is under five feet of water. Gone. This week, Weaver tweeted out a row of broken red hearts. Devastated would be the word she would use for all of this.
Thankfully, Weaver’s parents don’t live in the childhood home anymore. They are high and dry in another section of Houston. But flooding is only a mile away. On Wednesday, Weaver’s father texted her that the sun had come out. But Houstonians’ battle to right this ship is far from over.
“My family is all safe,” she said. “But I’ve had very many close friends evacuated, who are losing their houses as we speak. It’s a very tragic environment down there right now.”

Still, she’s amazed at “the kindness and compassion” of human beings who have waded in to help. “The Houstonians and neighbouring counties and states have come to their rescue. And there’s just civilians rescuing people on jet skis. It’s amazing to see that in a troubled time like the world is in right now, that there are good people in the world who are willing to go out on a line, and save their fellow neighbours, no matter race, religion and anything else.”
Her family has been cooped up in their house for a week. The most dangerous thing, Weaver said, is to leave the house. “The highways are just not there anymore,” she said. “It’s tragic. I watched it on TV and it broke my heart to see familiar places where I grew up just totally demolished.
“It happens. It’s nature. People are doing the best they can and it’s incredible to see the help.”
Weaver and her ice dancing partner, Andrew Poje, are in Mississauga this week at a national training camp, to show off their programs in front of busloads of judges and technical reps that can help them figure out what works, what doesn’t before they sally forth to major competitions.
They were gleeful when the International Skating Union announced that the rhythm in the short dance for Olympic season would be Latin. “We LOVE Latin,” Weaver said. “We love the dancing in the clubs. We loved our Latin program from 2011 to 2012. It’s one of our favourite genres and styles. So without repeating ourselves, we wanted to find a way to still be exciting and entertaining.”

In 2011-2012, Weaver emerged in a shiny, animal print outfit and ponytail and they danced to rhumba and samba. This time they are turning to a Cuban set of rhythms in the mambo direction. “They are more of a club rhythm, than strictly ballroom,” Weaver said. They worked with mambo dancers, and had great fun researching and playing with the style. Coach Morozov and a couple of mambo dancers formed the choreography.
But their free dance may take them to different heights altogether. For the first time, they went to Hall of Fame choreographer Lori Nichol. Nichol had never designed a competitive dance number before.
“It’s always hard in an Olympic season to pick free dance music, because you want to say something, but you also want to do something that you feel passionate about,” Poje said. “It took us a while to find the right piece. After months researching, Lori came up with the idea of “Spartacus.” 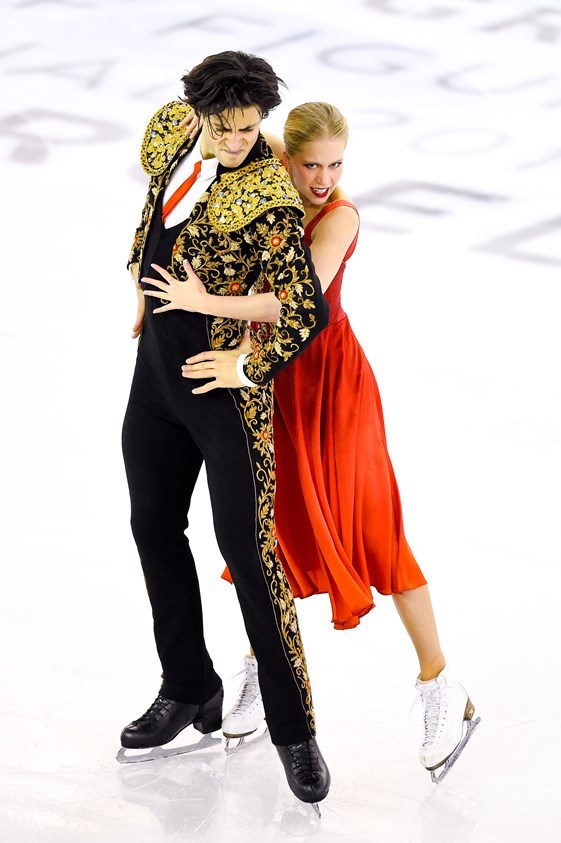 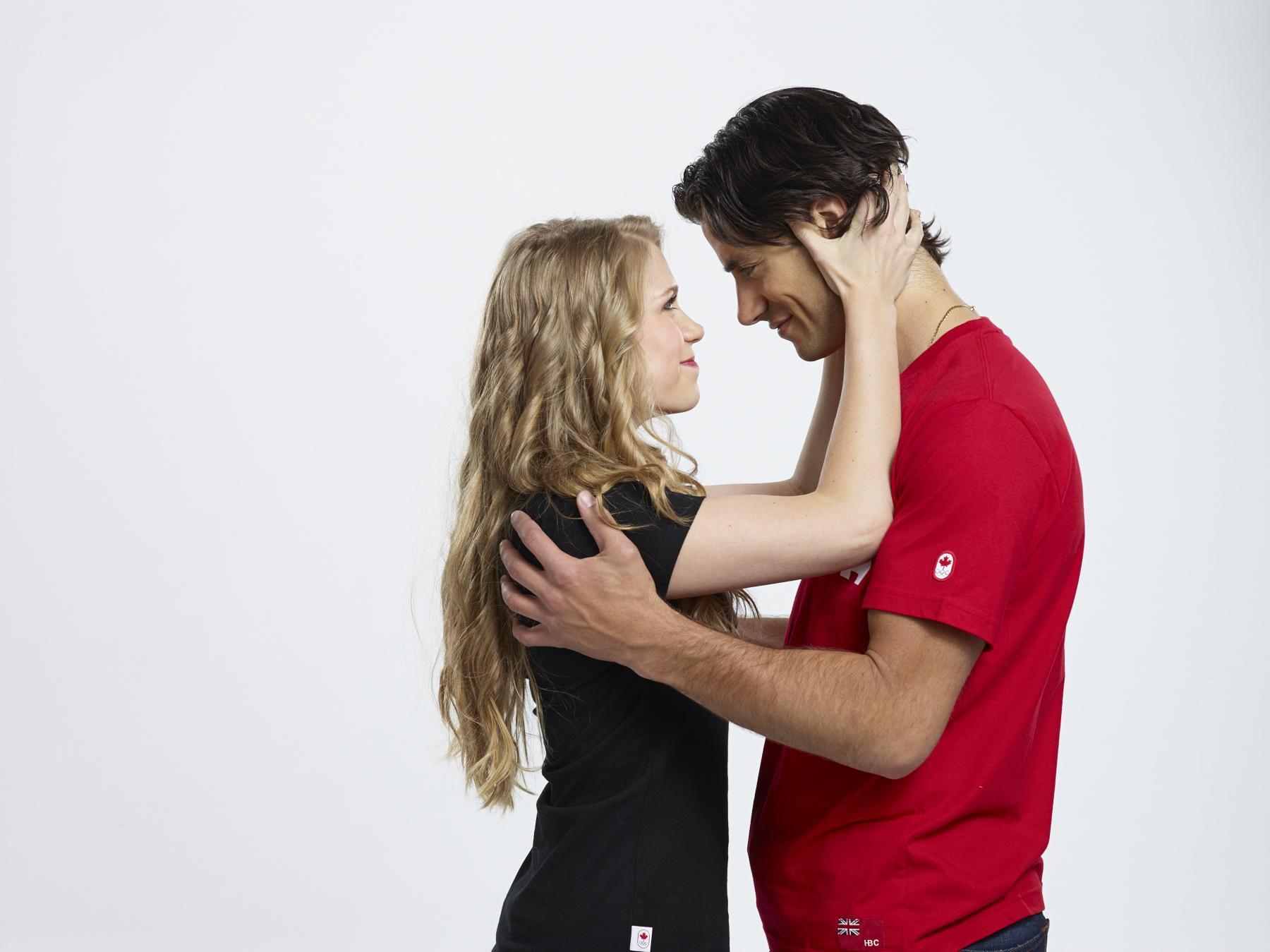 Based on the ballet by Soviet Armenian composer Aram Khatuaturian, it tells the tale of a slave-turned-gladiator who is forced to kill a friend. Horrified by it all, he incites other slaves to escape in rebellion. In the ballet, Spartacus has a wife, Phrygia, who is captured as well, and freed by the slaves. Sadly, Spartacus dies in the end.
“The story of Spartacus is so relevant now, although it’s 2000 years old,” Weaver said. “The story to fight for what you believe in, the equality of human beings. I feel like it’s so relevant in today’s word and it’s a way for us to be very Olympic in our choice. We wanted to do something that people could relate to and that meant something to us. We found our perfect piece.”
Working with Nichol has given them new fascinating tools. “One thing we really like is to bring purpose to our movements,” Poje said. “She’s very strong about bringing that to it as well. It feels good to have someone who really wants this and we live off that.” 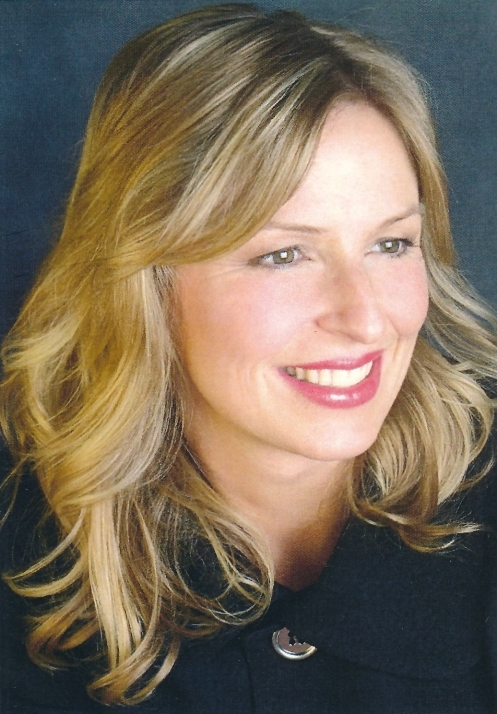 For example, during the summer in Toronto, Nichol would have them do special exercises and tricks. “Some things I had never even tried, that I thought I couldn’t do,” Weaver said. “I just thought I couldn’t do it. Then I would go out and do a twizzle sequence. She’d say: ‘Why not?’
“She pushed our limits,” Poje said. “Before I think when you are in the same box, you kind of think you have limits. She pushed those.”
They have some different elements this year because of Nichol. She has brought a fresh perspective to their tasks in dance, because although she had not choreographed dance before, she understands movement on the ice. And she understands skating, and the technical aspects of the blade. 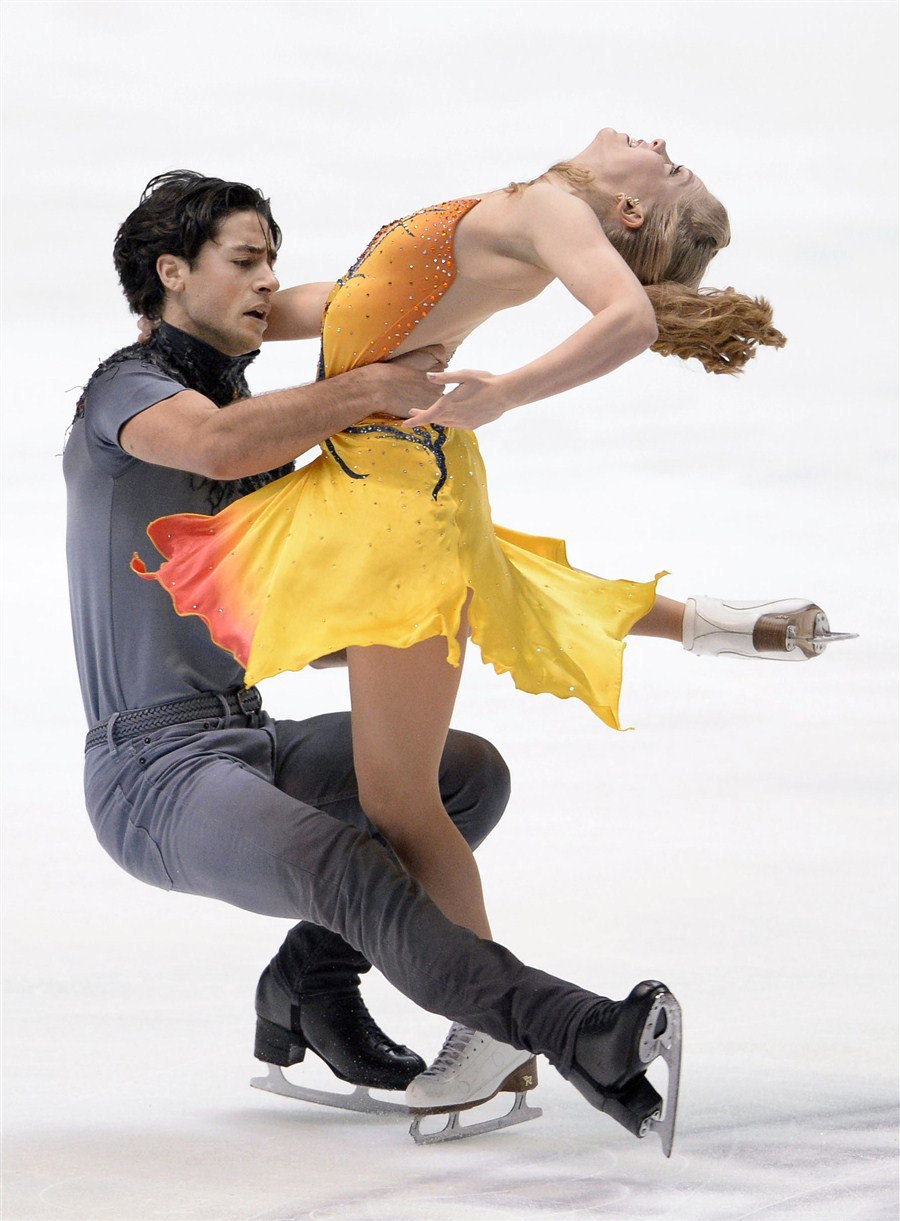 “It’s quality,” Weaver said. “She’s such a legend. She’s so incredibly wise. She saw “Spartacus” for us and had an image. So we just try out best to be what her image was.”
Without the spectre of changing coaches and locations this year, they have approached the season with a more relaxed aura. “What was nice about this season is that we didn’t feel rushed,” Weaver said. They did not participate on the Stars On Ice tour this year, just to have more time to relax and to think about what they wanted to say with their programs. And what style they wanted. They spent all summer in New York, soaking up the culture. The result of their liaison with Nichol is a new “softness” and patience.
“We didn’t have that [patience] before,” Weaver said. “We were energy. There are times that you can just be quiet. I think that was the first thing we learned from her.”
They are coming back to the wars refreshed with new tools and a new look.