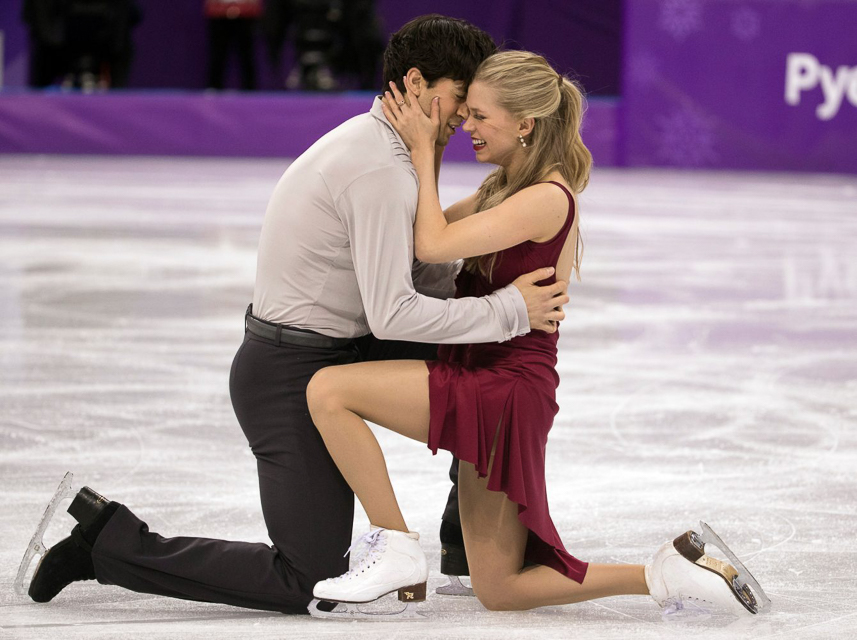 With an Olympics in their rear view mirror, Kaitlyn Weaver and Andrew Poje have apparently created little masterpieces of programs this season. Their secret is the joy out of which they made them.

Their short dance is understated, elegant and beautiful. Their free dance, emotional and important. Once perfected, both will linger in the memory. The programs stood out at the Autumn Classic last week. But this is only the beginning.

The free dance grew out of their friendship with Denis Ten, who died in Almaty, Kazakhstan in July at age 25.

“This program is very special,” Weaver said. ”It’s a tribute to Denis Ten, who was our dear friend.”

They heard the music “SOS d’un terrien en detresse” when they went to Kazakhstan last summer to skate in Ten’s show: and they heard him skate to it. (It was his free skate music from last season).

“We couldn’t get the music out of our heads,” Weaver said. So they built a free program, using different artists.

“And when tragedy struck, we knew our mission was this program was to do it for him,” Weaver said.

The music is perfect for Weaver and Poje, a team that wears emotion on their sleeves. They’ve long had standing ovations for their work. They don’t need to win to get them. The internal story they use to skate to this magical piece involves a person in distress, with a guardian to care for him. “And near the end, they both understand that it is time to go,” she said.

It has a “tragic sweetness” to it and an acceptance, made even more poignant by Ten’s fate.

They had Pasquale Camerlengo – their old coach and choreographer – design the program although Weaver and Poje now say it’s a collaboration; they are at the point where they can create, too. They thought of Camerlengo, after they went back to him last summer to have a show program made for Stars On Ice. And they remembered how much fun they had working with him.

In working with him on this free skate, Weaver and Poje decided to remove the stress from it, and “do what we dearly love to do, what feels right, and what do you see?” Weaver said. “It was created out of joy.”

In other words, Weaver and Poje decided to stop stressing out so much about levels of difficulty and the intricacy of everything. “You can be so stressed about so many things in ice dance, and we just did something that feels good,” she said. “And that translated into a program that feels good.” It still has to be intensely developed, but at Autumn Classic, judges saw the groundwork.

But every time the song plays, it speaks of Ten. Is there a danger that sadness will creep into their work?

“That was a hard decision in the very beginning when it happened,” he said. “We didn’t know if we really wanted to skate the program any more because of that.

“But all the memories we have of Denis bring us such joy. And we had great laughter and great fun, especially the year we did train together [under Nikolai Morozov].

“And it made us feel at peace with going out there and doing that. We know it’s sad, but also we know what he has left in the world and how much he has really touched people, not just in skating, but in his entire country. And around the world.”

The ice is their medium, their form of expression, Weaver said. “And felt like we needed to use it to feature him.

“Yes, it’s incredibly sad and we find ourselves chocked up at least once a week,” she said. “But it brings us to a place where we are connecting with our feelings and those feelings are able to be channeled into an art. And to me, that’s the way to deal with our sadness and tragedy. We wanted to pay tribute to him in our best way.”

At first blush, at the Autumn Classic International, Weaver emerged for a short-program practice, dressed in what looked like liquid rose-gold poured against her frame, sparkle winding around from her neck to her hip and down. The team had found this guy, this designer-artist Darius Pankauskas, who specializes in ballroom dance. What a find. He designed their Olympic garb last year, too. And the delicate white free dance dress, too.

The program lived up to the dress that suggested champagne. Choreographed by Igor Shpilband, known for his tango creations over the years, the program launches with beautiful positions that set the entire tone. “This program came very natural to us,” Weaver said. “The music was an easy choice. The choreography just started to flow together.”

The tango is perhaps their favourite rhythm, and this required tango, a tango romantica, is a difficult beast, first performed in 1974 by eventual Olympic champions Ludmila Pakhomova and Alexander Gorshov of Russia, it’s a snaky, sinuous thing that calls for deep edges, lots of complicated steps and turns and holds. And it has unique timing. It was a compulsory dance for years. And one of Weaver and Poje’s top two favourites.

Under the current rhythm dance format (compulsory dance and short dance have been merged into one dance) the International Skating Union has modified the dance and the key points it uses. But it’s still challenging.

Weaver and Poje love it. In fact, when they heard that it was the required rhythm this season, they said: “Well, tango it is, so we have to keep competing.”

Weaver found the music during the spring/summer and one particular version caught her ear because “It was such beautiful piano,” she said. The piece didn’t actually go into “Libertango” until four minutes in. “Where did that come from?” she thought. But that early piece set a mood. And it featured a Japanese violinist who was the conductor of the piece.

“We wanted to take away the aggression and the over-the-top drama [from the tango].” Weaver said. “We’ve already done that. We want to do something understated and beautiful and romantic. It still has the edge in the second half.”

“We wanted to create that feeling that you’re going to a ball, and halfway through the night, the dancing slows to this slow song, and you see each other and connect immediately,” Poje said.

“It’s smoky and it’s a toned-down environment and – paired with elegance – is something I hope will stand out for this season,” Weaver said. They want to do something a little different, to put their mark on this dance.

They had the help of Oleg Ouchakov, a former artist with Cirque du Soleil, help them create their lifts. The sound of his name is not lost. On anybody. They work with him every day. 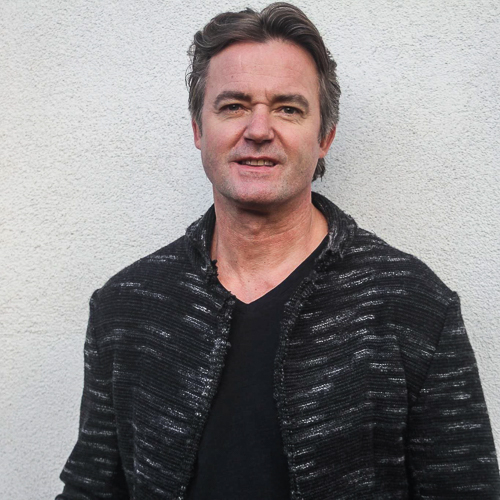 The program is still a work in progress, but they scored 76.53 points for it, short of their best historic score of 78.31.

They got high marks for a level four lift, with lots of bonus points. Only Chinese team Shiyue Wang and Xinyu Liu got high levels for the two tango patterns. They train with Mari-France Dubreuil and Patrice Lauzon in Montreal. Weaver and Poje outpointed them on those patterns because of their quality and bonus GOE points.

Weaver and Poje won the free dance with a huge mark of 120.74, and they won the gold medal with 197.27, almost 26 points ahead of second-placed Spanish team Olivia Smart and Adrian Diaz. But the most important part of this competition for Weaver and Poje was to get early feedback that they could use while they duck the entire Grand Prix season to skate at the ThankyouCanada tour, featuring the Olympic gold medal team.

After the tour, Weaver and Poje will have a good six weeks to prepare for the national championships in January in New Brunswick. They are very organized about this unprecedented task (although Tracy Wilson and Rob McCall and Brian Orser skated in a national tour before their national championships back in the 1980s.) 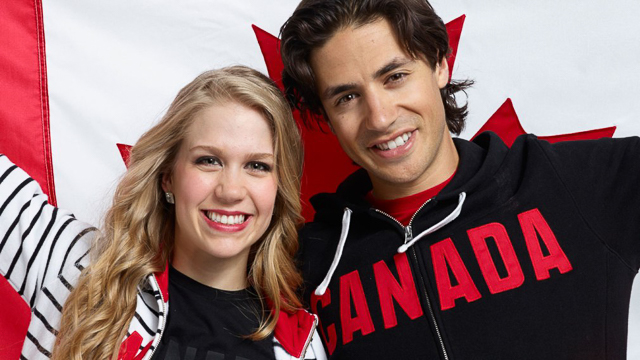 “Yes, it will be difficult, but it’s going to be in a different way,” Poje said. “We’ve done Grand Prix for years and we’ve been in every position. We’ve won, lost, everything. You really feel like you want a different experience to bring a different version of us.

“But we also feel that it’s a wonderful idea to go and thank all the fans that have really supported us along our journey and really share the joy of skating with them. And we got to perform 30 times, instead of competing three times. We can utilize a lot of things to help us be better for the second half of the season.”

It will be a steep learning curve to handle all of this. “We will have to learn very fast,” Weaver said. “But I think it’s enriching for your soul to be around the country, to be with our great friends performing these programs for people in Canada that never get to see skating live. So that’s soul food.”

They won’t be “dilly-dallying” while they are on this tour, Weaver said. Theproducers of the show are well aware that Weaver and Poje are still competitors. Competing is their main goal.

“It’s a give and take with the show and it’s a risk,” she said. “But it’s one that we are ready for and that we are excited for.”

They are not looking too far ahead. They’ll make the necessary changes and regroup for nationals. They’d like to hit the podium at every competition they do. They are the reigning world bronze medalists.

“But we’re in a place now where we are enjoying ourselves,” Weaver said.

And that may make all the difference.