You are here: Home / Uncategorized / Patrick Chan: Dust in the Wind
Tweet
0 Shares 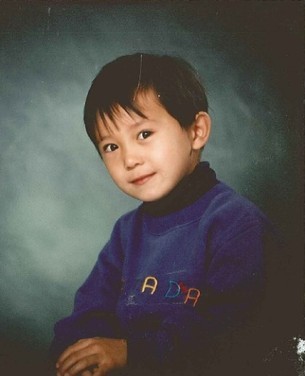 Patrick Chan has come a long way since he posed for this family photo.

Experience has taught him that he must pick his way thoughtfully about his tasks in a season that could be overwhelming and intense. He’s been there, done that. He knows he needs to duck mind boggles. And with the men’s event being what it is now (crazy quad after crazy quad), control can slip away so easily.
His music choices will be a daily reminder to let go of all of this. His short program to 1977 hit “Dust in the Wind” by Kansas is perfect. So is his tip of the hat to Canadian artist Leonard Cohen, who composed his free skate music: “Hallelujah.” It’s all very spiritual, really. Music that is quietly beautiful.
“I close my eyes, only for a moment
And the moment’s gone,” goes the Kansas song I know so well. Every word, actually.
“Same old song. Just a drop of water
In an endless sea.
All we do crumbles to the ground
Though we refuse to see.
Dust in the wind. All we are is dust in the wind.”

The title of the song is actually rather biblical. So is Hallelujah. If you know anything about Native American poetry, there is a verse that goes: “for all we are is dust in the wind.”
There is a story that Kansas songwriter Kerry Lindgrin had created the guitar line for the song with a simple finger exercise for learning fingerpicking. When his wife heard him fiddle with the notes, she thought it beautiful and encouraged him to write lyrics.
So he wrote music that was a departure from the usual Kansas fare. He didn’t think the band would be interested when he presented it to them. But when he finished playing it, he was met with a dead silence, until one of the band members said: “Kerry, where has this been?” And it became a memorable hit, rather melancholic and philosophical. And its melody gently cocoons you.
Chan and choreographer David Wilson found the music two years ago, and decided to save it for the Olympic season. There was no frantic searching. The music was already beneath their feet. “I love the story behind it,” Chan said. “It’s raw. No matter what kind of successes you have in your life, no matter what disasters happen in your life, we all have a full circle and we all turn into dust in the end. We go back to the ground where we came from. It’s all part of this earth and this universe.”
These thoughts lend perspective, he said. He’s taking it as his motto for the season. “Just doing it the way I want to and not thinking so much about the results of this year, while everyone else is going crazy about it,” he said. “I’m really working hard, not to put so much emphasis [on the season], but for my own mental health. “ The song takes the stress away from anything.
“The last two Olympics, I realized I really didn’t enjoy them,” Chan said. “I was just so caught up with ‘Go win the gold for everyone,’ ‘Beat everyone,’ It’s not about that. I think it’s a higher intellectual learning experience for me going to a third Olympic Games.”
He knows that even if he were not to win Olympic gold, he would be the same Patrick Chan that loves to surfboard and take his mountain bike up a steep path. If he were to win gold, he knows that would not change him, either.
“Hallelujah” was written in 1984 by Cohen, who couldn’t convince his record producers to even use it at first. Chan doesn’t at all like Cohen’s own version, sung with his gravelly voice and sounding like a dirge. “It’s not skateable, I think,” he said. “But I think despite the piece not being compatible to skating, I think it’s made a mark in the musical industry. I hope my skating will, too.”

But Jeff Buckley, with his haunting eyes, delivered one of the most acclaimed versions of the song before he died prematurely. And Chan feels this one gives him what he needs to create beautiful music on ice. Buckley’s version goes to the bone. It’s more sorrowful. It mixes beauty with pain.
Cohen’s version hit Billboard’s Top 100 for the first time after his death almost a year ago. In 2007 a group of 50 songwriters listed “Hallelujah” as one of the all-time top 10 greatest hits. More than 300 others have used the music. Many think Buckley’s version is as perfect as you can get. John Legend calls it “one of the most beautiful pieces of recorded music I’ve ever heard.”

“Some people like my skating. Some people don’t,” Chan said candidly. “And so it’s the same thing with this piece. We found the right version. I think it still emotes the same feeling and the same emotion and idea to the audience.”
All of this music relates to Chan’s plans to keep his goals in sight as youngsters are exploding with quads around him. Chan’s plan this year is to do two quads in the short program: a quad toe loop and a quad Salchow. He says his quad Salchow has improved over the summer.
He’s been flirting with a quad flip, but don’t expect it to be part of his routines this year. “I’m not really pushing myself overly hard to do a quad flip,” he said. “Honestly, I think it’s more to ease a bit of the pressure off the Sal. I know the Sal is a lot more realistic than the flip and it makes less of a burden.”
His long program plan is to go with what he had last year. Three quads: two quad toe loops and a quad Salchow.
“The question is now in the long, if you do two quads and two Sals, you lose the second [triple] Axel,” he said. “That’s why everyone does three different kinds of quads, in order to keep the second Axel. I don’t know if that’s in my future, because that’s pretty outrageous for me to do. I don’t know physically if I can do it at the moment. I definitely can’t at the moment. It’s something that would be a building process.” So for now, he’s focusing on doing two quads in the short, and allowing himself to come to the long with a more relaxed state of mind. 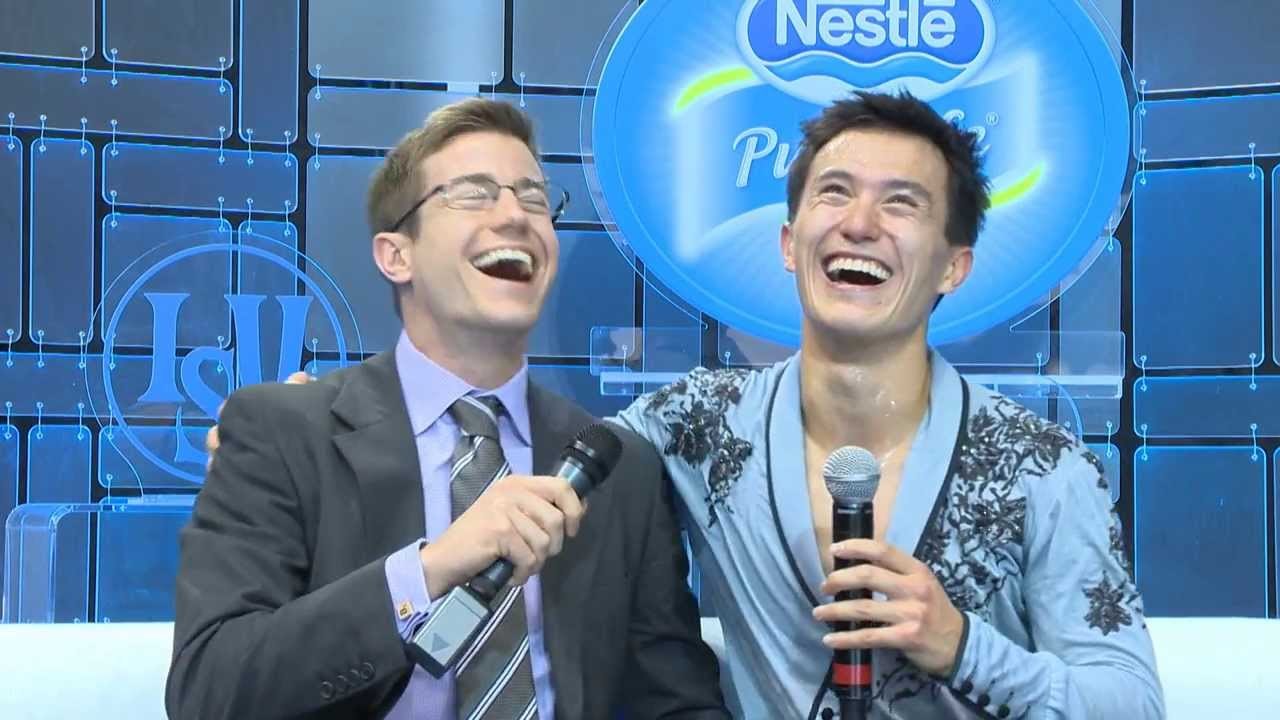 Chan feels like he’s coming into the season with nothing to lose. He’s already established himself. He knows there is always the temptation to try to do more at a competition, when energies all around him and inside him are firing. “It does influence you and it does become hard to stay focused,” he said. “I don’t need to do more than I normally do, as much as my body is having all this energy and I want to do more. It will work against me. So I’m really trying to have a personal dialogue in these situations.”
He will let fly this year, the way he can. He has his feet and skating ability to carry him. He’ll do what he can do. “I’m still a human being and normal person,” he said. “Why put emphasis on something that makes such little difference in your life?”
It’s all about perspective.