You have to feel for these guys. These single men’s skaters who are going to war this season to out-power all who lie in their paths. They will rotate like spinning tops. They will try to defy gravity, shrug at it, taunt it like fiends. They are coming close to Cirque de Soleil performers who defy death with their tricks.
Three-time world champion Patrick Chan discovered how quickly things change in this discipline when he took a year off. When he won the silver medal at the 2014 Olympics, champ Yuzuru Hanyu did a quad  toe loop and a quad Salchow.

When Chan returned, all hell had broken loose. Kids like Nathan Chen, 16 last year, was doing quad Lutz, quad flip, all sorts of astounding feats, like becoming the first to land five quads in a program. And Hanyu can’t resist the challenge. Last season, he became the first to do a quad loop in competition. Hanyu, by the way, is about five years younger than Chan with a wonderfully noodly-thin body that just flies. And rotates at will.
Strangely enough, Chan’s first Olympic Games was in Vancouver in 2010 and the men’s event was won by Evan Lysacek, who executed no quads at all. And it was Chan who brought quads back, because the International Skating Union increased the value of them. And Chan was quick to take full advantage. It became hard to catch him, because he excelled in all areas of skating.
That’s just not true anymore. There’s a week to go before the men’s event at Skate Canada International in Regina and today we heard of Chen landing a quad Lutz combination and a quad flip enroute to winning the short program over Hanyu at the first Grand Prix of the year, the Rostelecom Cup in Moscow. And  a few hours later, we heard Patrick Chan talking about not increasing the number of his quads, but scaling them back for Regina.
Holy Hannah.
The guy is just overwhelmed. What is a guy that is pushing 27 to do?
“I’ll admit it,” he said. “I’m not a technical genius when it comes to jumps. I’ve done what I needed to do to get to the top during my prime days. I accomplished that. For me to try to compete with the others, adding a quad flip, a quad Lutz, I don’t enjoy that. At the end of the day, I’m skating because I’ve continued to push myself into the 2018 Games, my third Games, because I want to enjoy it.”
At Skate Canada, Chan said he’s dropping the quad Salchow from both his short and long programs – for now. He’ll do only a quad toe loop in the short. And two quad toe loops and two triple Axels in the long. Not two quads in the short, and not three in the long. He intends to bring the quad Salchow back for later events. But for right now, he just needed not to do them. 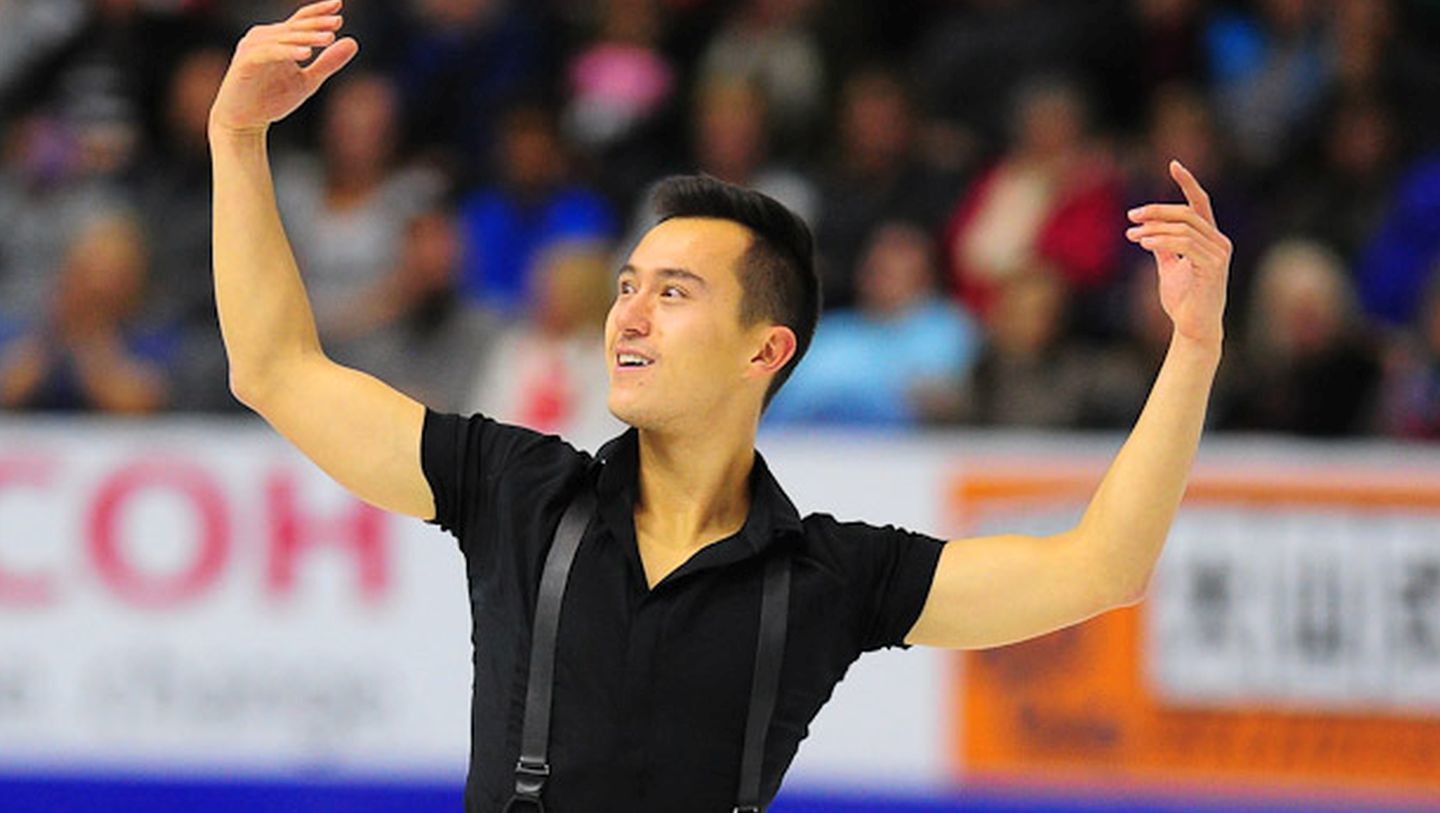 “My strategy is to focus on the quality of the program,” Chan said. “It’s more what I want to do and what I love to do about skating: the actual performance.” His two new programs – “Dust in the Wind” and “Hallelujah,” are meaningful to him, easily the most meaningful, soulful programs he’s ever done, he said. It’s a meaningful season to him, too, because it will be his swan song.
Chan said that whenever his mind rolled around to the thought of how he would feel standing on the ice with the prospect of some heavy duty elements to face, his confidence to attack vanished. He felt fear. “So I’ve decided I would stick to my old guns and my old tricks and do what I can do at the very best,” he said. And let the chips fall where they may.
The thing is, Chan’s motivation this year is to enjoy the process and the Games. He feels this new strategy will make him feel that he can accomplish the most out of every performance this year. “I want to perform with a feeling of complete control of my situation,” he said. He’s thinking about his own personal enjoyment, performing what is still a very difficult routine.
It’s not a crazy idea. Witness Hanyu at the Autumn Classic a month ago. He shelved the quad loop for the event to prevent a potential knee problem and guess what happened? He set a world record of 112.72 without it. Hanyu is one person who can pull off this sort of miracle, because he can wrack up such huge GOE points and component points, too, especially if you do a routine with perfection – which Hanyu did that day.

And Chan has that same gift.
Hanyu did not repeat his stunning short program in Moscow on Friday. He added the quad loop back in this time, but he underrotated it. Minus GOE across. His triple Axel was HUGE (+3s all across) but then he fell on a quad toe loop – triple toe loop combo in the second half. Lots of minus GOE and a point deduction for the fall. He still emerged with highest component marks (46.61) (although not that much more than Russian Mikhail Kolyada, who flipped out of his quad combo. Kolyada’s component marks ranged from 7.00 from one judge to 9.50 from another). Hanyu still received high GOEs in his level-four step sequence, and mostly +2s on both spins, one a level three, the other a level four. It all adds up.

Hanyu finished second in the short program with 94.85 points, 22.87 points behind that magical routine he did in Montreal. That 94.85 points would be a great mark for just about anybody else. But the Olympics is not all about just being great. There’s not much room at the top.
Chen caught Hanyu in a weak moment, but Chen has stepped up the magic markedly this year, serious about improving all of his question marks from last year. In other words, his component marks. He turned to Shae-Lynn Bourne for his short-program choreography and displayed an explosion of body movement. He’s no longer just some kid with quads. He now looks like a powerful contender. His components were about four points behind that of Hanyu. And he’s 17.

He’s not making small steps this year. He’s making giant ones. He finished the short program with 100.54 points, breaking that magical barrier. He topped that last year at Four Continents (103.12), but this is early season. He knows there is lots of work to do. This is his first Olympic season.
Chen still doesn’t maximize his GOEs in the way that a Hanyu or a Chan can. But it’s early days and it will be fascinating to watch how he grows.
Chan’s top short program score is 102.13, set at the world championships last March in Helsinki, when he was third at that portion of the event.
All fall, the prospect of riding that crazy roller coaster of quads had nagged at Chan. And then one Thursday, not so long ago, he tackled a run-through of his short program, with a list of elements such as this: quadruple toe loop, quad Salchow and triple Axel.
“I fell on the toe,” Chan said. “I kept myself in the right mindset to do the quad Sal and I went up and I rotated it and I fell again. Then I went up into the triple Axel and fell on the triple Axel. At that point, I  kind of threw my hands up in the air. At that point, I didn’t even want to complete the footwork sequence, which I love personally. It’s my favourite part of the program. But because of the mistakes on the jumps, I had no desire to keep going.”
He still has his tour de force of a jump sequence: the triple Axel – half loop – triple Salchow, which he says offers a better balance of risk and reward. It gives him headaches, sometimes. But it can work and it’s “empowering,” he said. It leads into his choreographic step sequence. It just works very well. He likes it. It will become valuable to him. 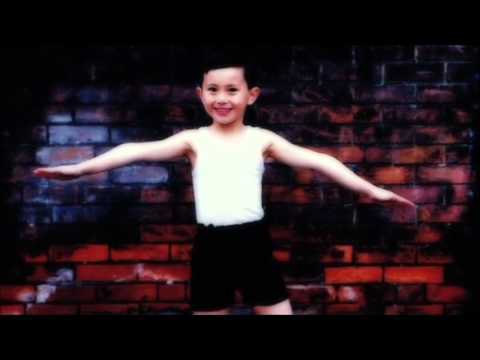 Look how far he’s come.
He’s spent years thinking about Olympic gold, but he hardly thinks of it at all now, because, as we’ve noted before, he does not believe it will change his life. “My priority isn’t to think about gold as much as people love to talk about it,” he said. “It is exciting to think of the prospect of having a Canadian win gold, but my process as an athlete is completely different and my reality is at a different stage.”(A Canadian male singles skater has never won an Olympic gold medal.)
He does know that Canada’s chances at the Olympic team event are very good, and he’s putting his focus on that. “If there’s any kind of focus on podium finishes, it’s doing it as a team with a very good, strong Canadian team,” he said.
Next is winning his tenth Canadian title in Vancouver in January. Montgomery Wilson won nine Canadian men’s titles from 1929 to 1939 (Osborne Colson, former coach of Chan, broke up his undefeated string for a couple of years.) Chan had already surpassed Brian Orser’s mark of eight wins, and last year, he equalled Wilson’s record.  If Chan could break the record this season, it would put a tiny bow on his career and keep him in the record books, perhaps for a long time. And Chan is always at his best at the national championships.
Chan intends to put that quad Salchow back in later, depending on how his body feels. But for the time being, he needs to build his confidence to be able to perform consistently. The strategy is sound. And personal.