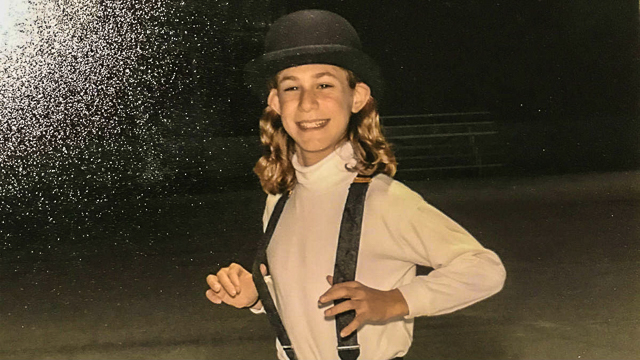 Everyone needs a little dose of Jason Brown now and again.

Feeling the blues? Brown will wrap you up in the little tornado of his personality and make you forget it all.

Feeling lonely and alone? Brown will bounce off to the airport and pick you up, just because that’s what he does.

Loving ponytails? Brown will make you forget he ever had one. (Although perhaps not quite yet.)

Too much silence in the room? Brown will take care of that, too, with his Tigger-like joy, filling up the space with it.

The lucky town that has him now is Toronto, where he has been training since May under Brian Orser, Tracy Wilson, Karen Preston and Lee Barkell. For the first time in 18 years, he would not be reporting to coach Kori Ade. And for the first time since 2009, Rohene Ward would not be choreographing his free program (although he did do his short program.) There have been so many changes.

Brown, born in Los Angeles, packed up his things and drove to Toronto in his car last May, accompanied by his parents Marla and Steven, leaving behind Colorado Springs, where he had been training for five years.

It’s all so very new. But after finishing sixth at the 2018 U.S. Championships, and missing a trip to the Pyeongchang Olympics, Brown knew he needed a change. It hasn’t been easy.

Inside, he hasn’t changed though. Another new student was Evgenia Medvedeva of Russia, a two-time world champion who decided to move out of the nest of coach Eteri Tutberidze after finishing second to 15-year-old training mate Alina Zagitova at the Pyeongchang Olympics. A heartbreaker, to be sure.

Brown really didn’t know Medvedeva all that well, although he had chatted to her a few times at competitions. They hadn’t been really close. When he heard she was moving to Toronto, Brown wrote her and said: “Oh my gosh [that’s so Jason Brown], I’m moving too. I can’t wait to see you.”

As her move date became closer, Brown wrote her again, asking her the actual date. When she told him, he said: “Would you like me to pick you up at the airport?”

“That would be amazing,” said Medvedeva, whose English was already quite accomplished. The friendship began.

So when Medvedeva first arrived in Toronto, it was Brown’s smiling face that she first saw at Pearson Airport. He picked her up as well as her mother, settled them into their housing, helped Medvedeva set up her phone and her internet, too, aware that a language barrier would make it difficult. (Medvedeva still searches for the right words.)

“It was like this forced friendship that luckily became a real friendship,” Brown said. “I was nervous [that she might think]: ‘Oh I have to spend more time with HIM.’ But I’m glad she likes me as much as I like her.”

As for himself, Brown was leaping way outside of his box. He came to Toronto for a visit during the Stars On Ice tour during breaks, knowing he wanted a change. He knew he wanted to work with a new coaching team for the next four years. And he linked up with the Toronto Cricket, Skating and Curling Club.

“What was so appealing, not only are they such incredible coaches, but I love the fact that I don’t really know them,” Brown said. “I didn’t know Brian or Tracy personally before I came up to work with them.

“I really liked that because when I’m making such a big change, I wanted a fresh start. I wanted people to look at me with completely fresh eyes. And that’s what I really saw in them.”

It seemed to be a mutual thing when Brown arrived. He knew they were as excited to work with him as he was with them. “It was really really cool to completely start from scratch,” he said.

Although Brown has always been known for his artistic touch on the ice, Wilson put him to work on simple stroking exercises for three hours EVERY DAY for three or four weeks, having him pay attention to the knee bend, the pressure on the ice, making sure his body core was doing the work.

At this point, Brown says he understands it, but all of it is not quite yet ingrained in his muscle memory. He still has to think it all through, understanding that the stroking actually becomes part of the jump – something he had never considered before. So it’s not natural yet. Wilson told him it would take a year and a half to truly become part of him, although she’s excited by how quickly Brown is picking it up.  He says there are moments of clarity.

Same with the jumps. (He long had difficulties getting his triple Axel and then quads. When he won his 2015 U.S. title, he hadn’t tried a quad in competition yet. At the 2015 Four Continents, he tried one in the short program, finishing 9th. Then he landed an underrotated one (still getting 70 per cent of the mark) in the free program of 2016 Skate America, in which he finished second.)

Brown and his new team worked through different patterns to see what fit and what gelled, and the technique of it all. He’s working on quads every day. He says he’s just beginning to land them in practice.

“Obviously, as you can see, I’m still working through it,” he said, speaking of how he doubled his quad Salchow in the free program and alas, singled a triple Axel and underrotated another, putting him fifth in that segment and fourth overall at Autumn Classic International in Oakville, Ont., last weekend. He turned a couple of quad Salchow attempts in the warmup, but fell on them. It’s all a work in process.

He did not try a quad in the short, and finished third.

Every day he learns something new at the Cricket Club, whether it be the answer to a mental struggle, or physically getting a jump or the pacing of a program.

And for the first time, he’s skating with a host of top international skaters. He’s inspired by it all. He’s always been intrinsically motivated, and hasn’t’ needed other athletes to push or motivate him. “But what’s cool about being around all these athletes is the pace of the sessions, with them being so fast, and you have to be so alert. You’re constantly watching them and learning.

“….You see so many people doing quads left and right and they fall, they land, they keep moving on and it’s just very cool,” he said. “It’s kind of the norm. To be at such a high-level norm and getting the opportunity is what’s really inspiring to me. Because it becomes what you expect.”

And after having Kori Ade at the boards for 15 years, Brown almost feels as if he’s in a twilight zone with Wilson and Orser doing it instead. In practice at Autumn Classic, Brown kept skating by and laughing. 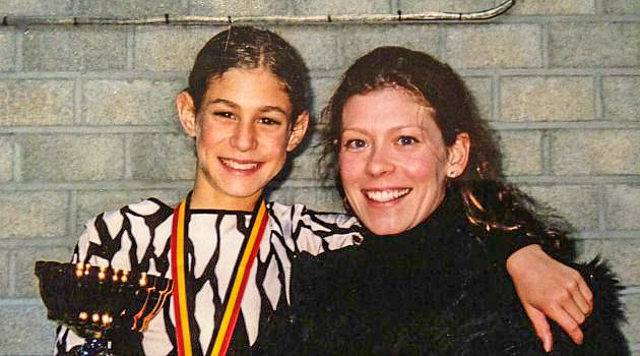 “I think he’s just finding it really strange,” Wilson said. “He’s looking over and sees us standing there and that was it.”

Brown admitted it. “I’m not used to it,” he said later. “It’s really challenging. That’s something that was really difficult at this event. I’m going to keep trying to relax and be calm.

“I’ve been doing something one way for 18 years and I guess I’ve been competing for 15….It’s going to take time. It was a constant battle for me, an internal battle. This isn’t normal, but it’s something I’m going to have to get used to.”

He doesn’t know how Orser and Wilson approach things. He and Ade had such a routine that he knew what she was thinking when he did a jump. When he came off the ice, they had a system: hand over the skate blades, get a hug, a handshake, a talk. He says he still has Ade’s voice in his head. He knew what she would be thinking. It’s the unknown that’s fiddling with his mind now.

“It’s the things you don’t ever think about because you’ve done it one way for so long,” Brown said. “But now you have to start thinking about it.”

Yet another change: Brown’s ponytail, his trademark for his entire career. It’s gone.

Brown says that the idea of cutting his hair occurred to him about a year and a half ago. After he missed the Olympics, he wanted to do it. Then he came to Canada, ponytail intact, at first.

“The first thing I did, was I wanted to make sure: ‘I told [Orser and Wilson] that I’m planning on cutting my hair. Is that okay?’” he said. “I didn’t know. It was such a drastic thing to do. I just wanted to make sure I didn’t completely change.”

The response from his new coaches: “YES! Go for it!”

They set Brown up with a stylist they know in Toronto. A Canadian cut, eh?

For the first couple of days, it was “weird feeling the wind blowing in my hair,” Brown said. And when he jumped, the hair would bounce up and down: a new sensation. “That was really bizarre,” he said. “I was so used to it being pulled back and kind of tightly on my head.”

He still reaches to pull out the ponytail, like when he goes into the shower or goes to sleep – and finds nothing there. He keeps reaching for his wrist, where he used to keep an elastic band to wrap his ponytail.

An entire twitter account had formed over the years, celebrating that ponytail, called Jason’s Ponytail (@2014PonyPower), eventually attracting 2,989 followers. On Aug. 14, after Brown lost his pony, the site mournedk: “Rest in peace, me. This is honestly so rude.”

So Brown is moving on, still the same on the inside, perhaps not so much on the outside. He’s only just begun on his new road. We’ll see where it takes him.