You are here: Home / Blog / Hanyu: Not Perfect. But Calm.
Tweet
0 Shares 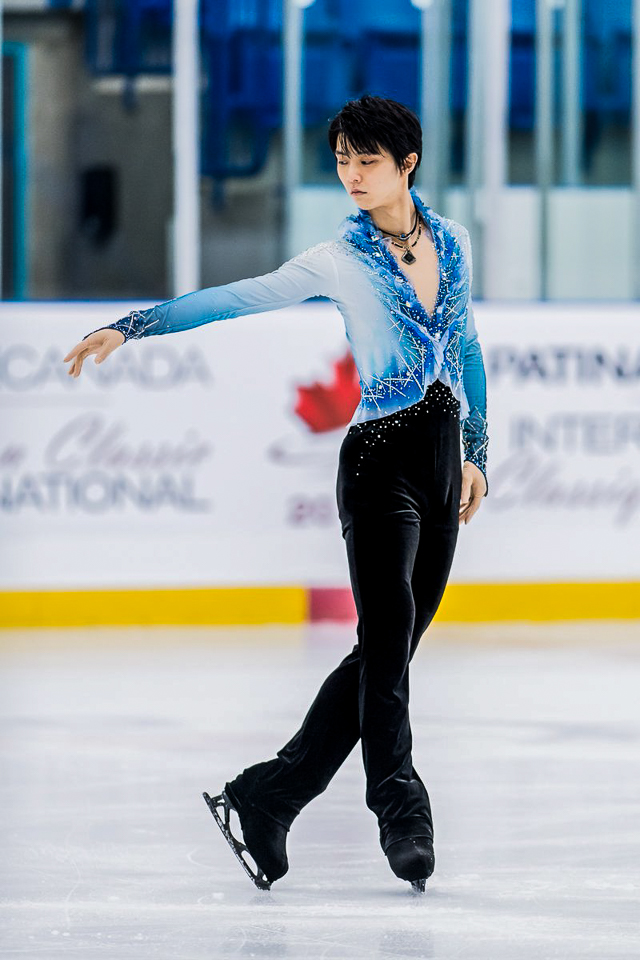 There’s so much to drink in when you watch two-time Olympic champion Yuzuru Hanyu steam about the ice on well-oiled springs.

Perhaps that’s what inspires so many fans to make the long trip from Japan and snap up tickets. Some camped out all night outside the front doors of the Sixteen Mile Sports Complex in Oakville, just to take advantage of the first-come-first-serve seating arrangement.

On Friday morning at about 7 a.m. police had to be called when a squabble broke out among fans, some of whom had left their apparel to save their spots – and then somebody else had moved them.

Tempers eventually cooled, and Hanyu took centre stage for the short program. For the first time since he won his second Olympic gold medal in Pyeongchang, the world saw him compete at this no-frills Autumn Classic International.

In the four years that Hanyu has competed at this Senior B Challenge event, he’s put its name on the map; it’s where you come to see Hanyu lay it all out for another year.

And yes, he easily won the short program by seven points, 97.74 to be exact, over training mate Cha Jun-Hwan of South Korea, only 16. And Hanyu did it despite the fact that he received no points at all for a change foot sit spin. He had an awkward entry into the spin, and one factor that can toss out any value or score to a spin is lack of required rotation. A change of foot in any spin must be preceded by and followed by a spin position with at least three rotations.

“Spins are easy to fix,” coach Brian Orser said later. “So I’m fine with that.

“And I was really happy with the program [choreographed by Jeff Buttle]. I think it’s a beautiful program. I think we’re fine. I think we’re on track compared to other years at this time of year.”

Hanyu gently burst out of the box skating to Otonal, by Raul di Blasio, music with a delicate hand. Although he appeared calm, his jumps weren’t as solid as we know them. Pooh bears rained down on him when he finished.

Earlier, he said at this point, he plans only quad toe loop, quad Salchow and quad loop in his arsenal at this competition. He’s stated earlier that he’d like to stick an unprecedented quad Axel into his repertoire, as long as he could get positive GOE on it.

“It’s on the radar, let’s put it that way,” Orser said. “It’s something that he really wants to do. If anybody in the world can do it, it would be him.”

The jump requires a lot of power and speed, Orser said, and first Hanyu has to build  more strength for this amazing jump. He’s tried it in practice.

“You have to be smart about it,” Orser said. “We have to make sure he’s strong enough for it. Right now he’s focusing on this competition and training the program.

“Sometimes we can get sort of hung up on one jump. A few years ago, it was the quad loop. Last year it was the quad Lutz. Sometimes these jumps can take over your life, so right now he’s focusing on conditioning and skating the programs.”

That quad Lutz spelled disaster last season for Hanyu during his Olympic season. He suffered an ankle injury during a fall on an attempt – only weeks before the Olympics.

Hanyu probably lived through his toughest obstacle overcoming that injury to win gold. He’s never shared the emotions in the weeks leading up to the Games with Orser. “It was one of those things that I knew and he knew I knew,” Orser said. “I was there to support him. I was feeling for him and probably the frustration of not being able to train the way that he does. He did do a lot of training in the summertime prior to the Olympics so we had that in the bank.”

But Orser said they were in it together. “He stayed very positive through the whole journey,” said the coach. “And he was determined to go to the Olympics and win.”

“It’s remarkable for any athlete. I’ve never seen it before, ever: for someone to be able to dig that deep and make it happen when he needs to make it happen.”

Now Hanyu says has no special injury problem. Right now, he seems to be injury free, Orser agreed. “I’m jumping everything in no particular fear or apprehension, and without getting tight,” Hanyu said through translation. His aim this week has been to perfect each element and be aware of what he is doing. He’s really here to try out his new programs. 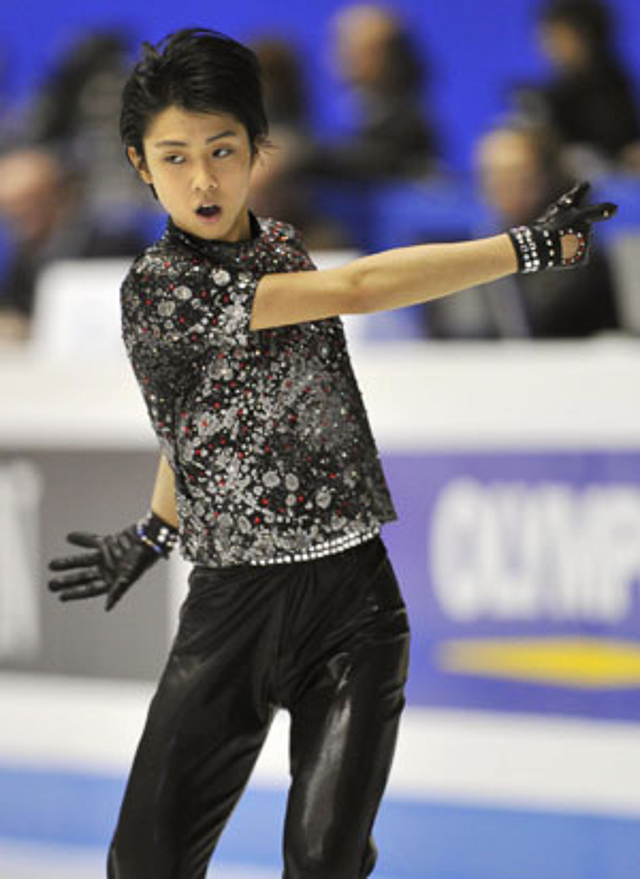 Truth be told, Hanyu looks stronger than he ever had. And he’s never been in better condition so early, Orser said. After doing some shows in Japan during the summer, Hanyu came back to Toronto to train and he’s been committed to his training. He’s had 3 ½ months of solid training “whereas before the Olympics, we didn’t have that much,” Orser said.

Orser is just proud that Hany still finds the motivation to keep skating and training, especially after all he has accomplished. “He has a really good spirit these days,” Orser said. “He seems very happy.

“He seems to be very clam right now. He’s calm about the training. He’s calm about the run-throughs. He seems to be in a really good place. He’s accomplished two Olympic told medals. His purpose in skating is that he loves to skate and he loves to compete and we don’t have the Olympics sitting on our shoulders. It’s a big weight that has been lifted.”

They have a relationship that works in interesting ways.

For one thing, in the short program, Hanyu does all three jump elements at the beginning of the program before he goes into two spins – the only skater among the top five to set up his programs this way. None of the jump passes were done in the second half. Why?

“That was a strategy from Yuzu,” Orser said. “That is probably a question for Yuzu.

“There are times in our relationship where I let him take the lead.,” he said. There was a discussion about strategy between Buttle and Hanyu.

It’s unlikely that Hanyu will let his little muss-ups in the short bother him for long. Says Jason Brown, who began training with him last summer, Hanyu’s focus is incredible.

“It’s determination,” Brown said. “What I respect so much about him is that he can wipe out on a jump, get up, and BOOM, land it. No lingering. Focus. He’s able to leave everything that he does where he does it. And completely move on like nothing happened.