It hasn’t all sunk in yet for Gabby Daleman, at 19, the world bronze medalist. There is a medal now jingling against her heart, even when she doesn’t wear it. 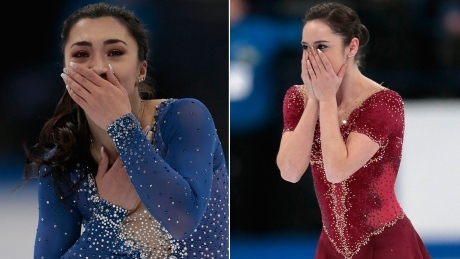 That medal is proof positive of so many things: that she can overcome, that she’s as good as anyone in  the world, and that she didn’t ever, ever, deserve to be bullied. Ever. For any single thing about her.
On her debut appearance on the Stars On Ice tour, Daleman is skating to Demi Lovato’s “Confident.” Perfect. Lovato was bullied as a young girl, too. And Lovato, too, has overcome to the point that she is a spokesperson for mental health.
“It’s time for me to take it,” Lovato warbles.
“I’m the boss right now
Not gonna fake it
Not when you go down
‘Cause this is my game
And you better come to play.”
“You had me underrated,” Lovato sings. So was Daleman, from the start. For all those who have watched her rise from young Canadian medalist (at 16, she was the youngest athlete on the Canadian Olympic team in Sochi) to world medalist, they’ve seen an exhibition of confidence, of positive messages, of power, speed and will. “She never wanted for self-confidence, that girl,” figured one scribe. And so it appeared.
But Daleman has had to fight every step for that confidence. As a young girl, Daleman suffered from a learning disorder, making it difficult for her to read and write. The bullies came out in full force. And the jealousies, too. Daleman was a whirlwind of activity, learning gymnastics for nine or 10 years and figure skating, too. She would leave class to practice. The others gave her a rough ride, because they didn’t get to do the same. Daleman suffered under a double whammy. She couldn’t win.
The taunts were so bad, Daleman didn’t want to go to school. “Personally, it was awful,” she recalled. “I would not want to do anything. I wore long-sleeved t-shirts to hide my biceps because I was getting made fun of for having too much muscle, for not being pretty enough to be a figure skater.”
At every turn, she was being told that she had to look a certain way to do what she loved. She was told how a girl should look. She didn’t love who she was. She was ashamed of her abs. And her strength. 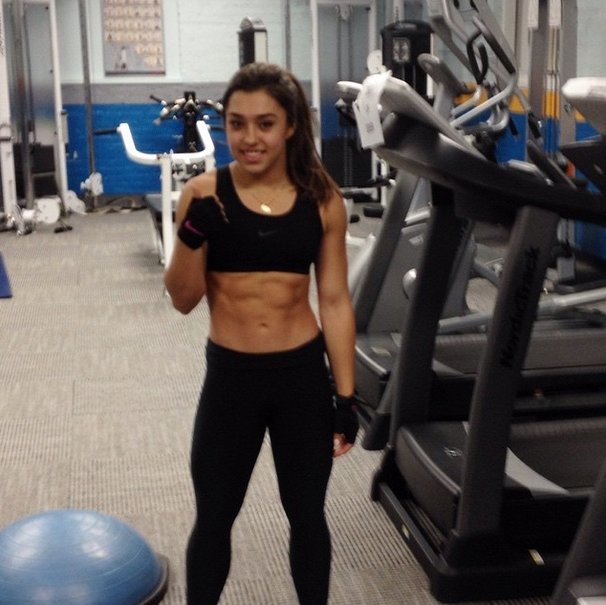 Fortunately, her friends and family picked her up. Her younger brother, Zach, also a figure skater, played a major role in boosting her self-confidence. It’s no surprise that they are so close. About a year ago, Daleman began to do fitness exercises on Instagram, and it caught on. People began to tell her how much they wanted to be like her. She was also experiencing some success in the skating world. Now people wanted to have abs and muscles, just like Daleman.
“That really helped me in a certain way, because I’m like, if people want to do this, why should I not want to look like this?” she said.
It wasn’t a simple task to repair the effects of bullying. Daleman has always been hard on herself, personally and in training. Sometimes, she’ll still show up in baggy shirts when she doesn’t feel good, an effect from the past. When this happens, she’s fortunate to have friends like training mate Dylan Moscovitch, who bucks her up when she needs it. The people closest to her get it.
In the next year or two, Daleman plans to write a book about her experiences, to tell others how to deal with a problem that is rife, everywhere. She’ll be working on a project with Skate Canada, too. 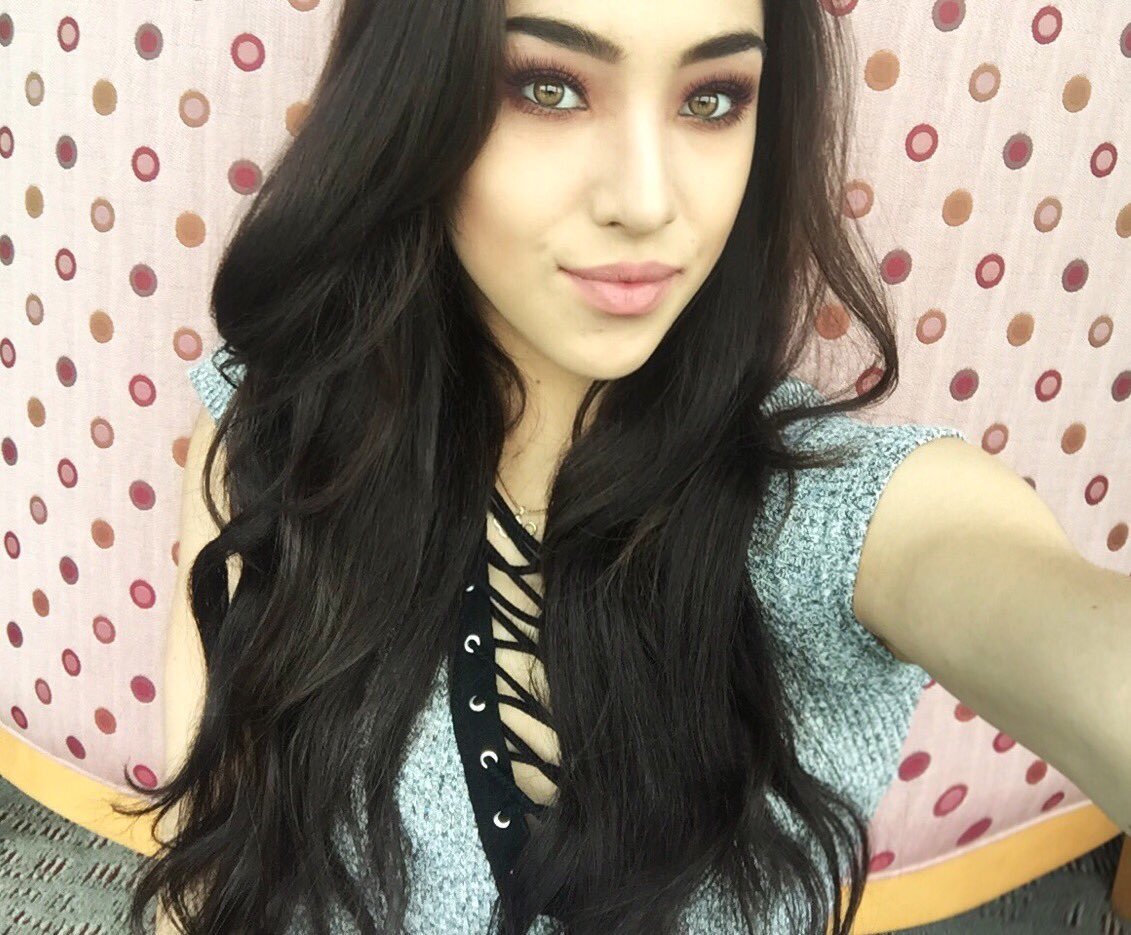 Gabby Daleman: not pretty enough to be a figure skater?

And so finally, that bronze medal puts the exclamation mark on what Daleman is: no longer underrated.
“I’ve just been taking it day to day,” she said while on tour. “Enjoying myself. I had World Team Trophy [after world championships], which was a lot of fun. So I focused on that. And now I’m just focusing on the tour and enjoying myself.”
How did she make it happen? One foot in front of the other. Doing the work every day. Training. Trusting herself. Believing in herself. “I had a great coaching team and great training mates there to cheer me on and my parents,” she said. “I had my brother, back home. But not only my brother. My country.”
She felt proud that she strung two solid programs together and boy, does she make her triple toe loop – triple toe loop combination sing – the only skater to max out the points and sometimes the +3s on that jump combination multiple times last season. 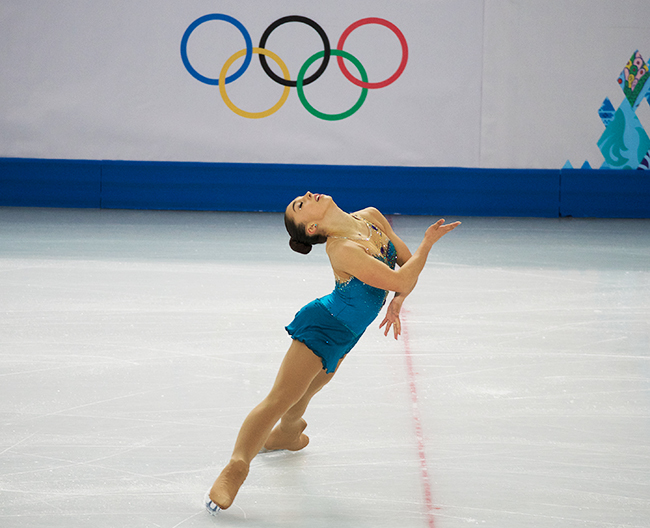 Gabby Daleman, so young at the Sochi Olympics

“Don’t untie it,” Daleman insisted. “I’m serious.”
Because they both knew Daleman had years of gymnastics training behind her, they tried one. Daleman landed it. “It felt good,” she said. “Let’s film it.”
“They’re actually really easy and a lot of fun,” she said.  The ropes are there in case she bails out and they help to keep her in the air, not on the ice. With Daleman, they really didn’t need the rope. It never occurred to Daleman to bail out.
Her Stars on Ice numbers were apropos and she skated them with confidence. She sparkled. Former Newfoundland skater Joey Russell choreographed them both. “’Confident’ was to help me feel confident,” Daleman said. “And to tell people where I am now in my skating, and there’s no reason why I shouldn’t be. I’m in great shape. I have the jumps. I have the skills. I have everything else everyone has.”
Her other routine is to “Gold,” sung by Linda Eder, a 56-year-old American with a golden voice. Buttle picked out the music for Daleman because he thought it would bring her luck. “It shows a much softer and gentler side,” she said. “And it actually is really touching. I have had people come up to me at the (post-show) meet and greets and say: ‘You made me cry from that program.’ Yes! That was Daleman’s aim.
“I wonder if when all is done
Anyone heard my voice,” Eder sings.
“I know my voice was just a whisper
But someone may have heard
There were nights the moon above me stirred
And let me grab a hold
My hands have touched the gold.”
So onward Daleman sweeps, living the life she’s been given, standing tall through it all. 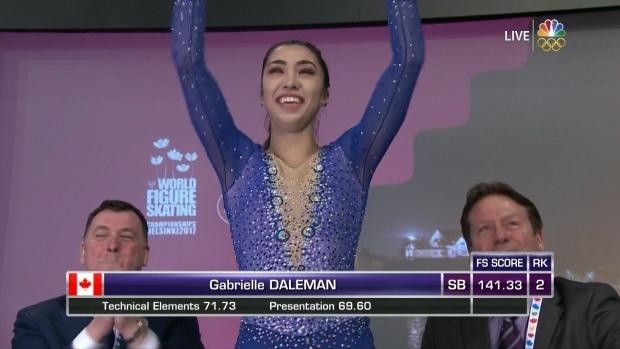